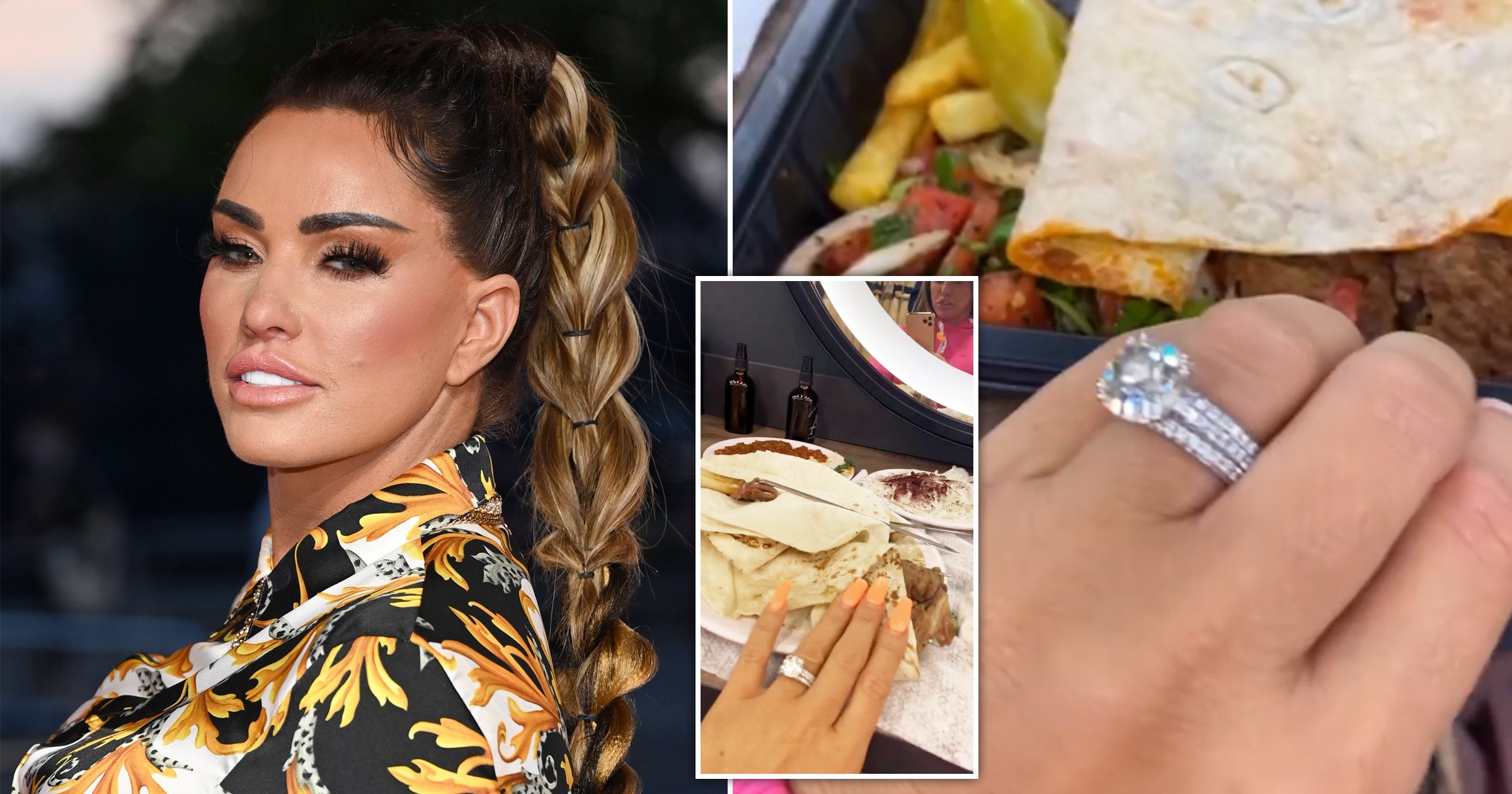 Katie Price appears to have been reunited with her engagement ring after jetting off to Turkey with fiance Carl Woods.

The My Crazy Life star confirmed she had landed in Turkey on Thursday after flying over with Carl earlier this week.

In her latest Instagram stories, Katie, 43, is seen getting her hair done at a salon while about to devour a spread of food in front of her.

A large diamond ring was clearly visible on her engagement finger on her left hand as she told her followers: ‘Beautiful Turkish food while I get my hair done. You’re gonna be able to see before and after of my pictures of my hair.’

After tucking into the feast, Katie added: ‘Delicious. All of that was just for me. There’s loads of meat left but that was gorgeous.’

It was thought that Katie’s £50,000 engagement ring had been stolen during an alleged assault against her in August.

The former glamour model was rushed to hospital after allegedly being punched in the face at a property in Essex.

At the time, it was reported that the ring had been taken in the attack with a source telling The Sun: ‘Katie no longer has her ring. It cost thousands but went during the incident.’

Earlier this week, Katie defended Carl, 32, saying that he had nothing to do with the incident being investigated by police.

She commented on Carl’s latest Instagram post: ‘FACT, I’ve ALWAYS said DON’T believe everything you read in the media and what Carl is saying is true.

‘FACT I’ve NEVER called the police on Carl my police investigation I’m currently going through to a incident a few weeks ago is not to do with Carl.

‘This mans mental health is so low and easy to say suicidal. Someone played what they thought was a clever game and involved the media with inaccurate information [sic].’

It comes after Carl said that he had gone through one of the ‘roughest months of my life’, after some suggested that he was the one to commit the alleged assault.

Vowing that he would ‘never do a thing’ to hurt Katie, he said on his Instagram story: ‘I’ve not been involved in this media world before and I have never seen how corrupt and how it can point fingers at people, and people can just jump on the bandwagon, they start abusing and saying the most vile things with no factual information whatsoever.

He added: ‘I have never and never ever would do a thing to hurt Katie. Never.’

Katie and Carl got engaged in April after 10 months of dating.