Katy Perry is happily engaged to Orlando Bloom and expecting a baby with the Pirates of the Caribbean star — however, not so long ago, she was embroiled in a relationship with a very different type of Hollywood star.

Katy Perry and Russell Brand‘s short-lived marriage raised a lot of eyebrows and made a lot of headlines, but it ended up crashing and burning after just a few years.

Still, fans often think back to their union and their combined eccentricities, and especially, one completely out-there gift that Perry gave Brand.

When did Katy Perry and Russell Brand get married? 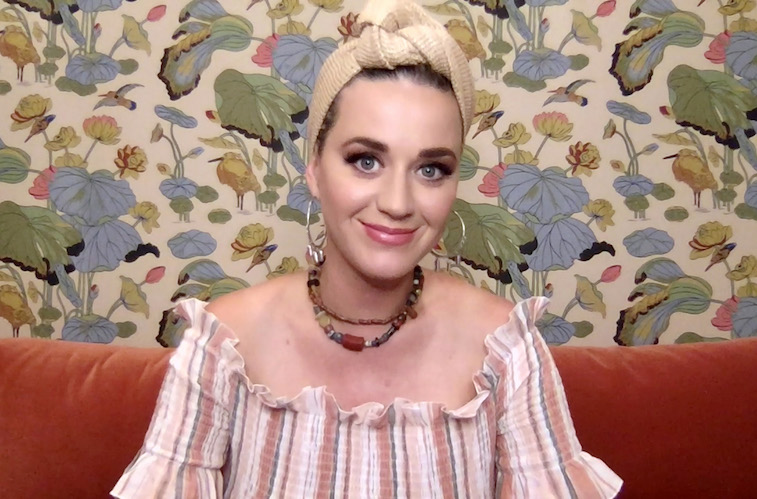 RELATED: Katy Perry Says ‘I Didn’t Have The Maternal Gene’ and Is Learning About Motherhood

In late 2009, Katy Perry was still an up and coming pop star, best known for the song “I Kissed A Girl,” while Russell Brand was known as an outspoken British comedian and actor.

According to The Washington Post, they began dating in September 2009, after meeting during rehearsals for that year’s MTV Video Music Awards. Their relationship progressed very quickly, and only one year later, they were engaged and preparing to tie the knot.

They got married in India in October 2010. While Brand and Perry kept their wedding ceremony fairly private, Perry did share some clips from their wedding during her performance at the 2011 Grammy Awards.

Over the next few months, Perry and Brand remained a subject of intense tabloid speculation, with media reporting one minute that the two were going through marital problems, and the next minute claiming that Perry was expecting the couple’s child.

Katy Perry and Russell Brand’s relationship was over the top from the very beginning, so it stands to reason that they would give each other some truly outrageous gifts during the course of their romance. Reportedly, after she first got engaged to Brand, Perry spent $200,000 on two tickets on the Virgin Galactic for a combination space mission birthday party in Brand’s honor, according to Marie Claire.

Although the trip does sound fun in theory, in order to take to the skies, Brand would have had to go through three days of intense training in order to properly prepare for the adventure, and in order to handle the atmosphere of space.

Unfortunately, Brand never got to use his birthday gift from Perry, since the two split up before he could cash it in.

When did Katy Perry and Russell Brand split up?

RELATED: Katy Perry Once Waited in Line for Over an Hour Just to Eat Taco Bell

Katy Perry and Russell Brand’s marriage was notoriously short-lived. In 2011, only fourteen months after they tied the knot at a tiger sanctuary in India, the two announced that they had split up.

While the reasons behind their split have never been fully discussed with the public, it seems as though there could still be some bitter feelings about the way the separation went down.

According to Capital FM, in 2016, Perry admitted that Brand was the one who most likely initiated the split, stating that she hasn’t “let’s just say I haven’t heard from him since he texted me saying he was divorcing me December 31, 2011.”

Regardless of how it happened, the two celebs went their separate ways and haven’t been seen together since.

After she split up from Russell Brand, Perry went on to date John Mayer and DJ Diplo, before meeting Orlando Bloom in 2016. They started dating, breaking up once or twice before rekindling their romance and getting engaged in February 2019.

With Perry currently expecting their daughter, it is likely that she rarely thinks back to those bizarre days with Brand — but fans will certainly never forget that interesting time in her life.