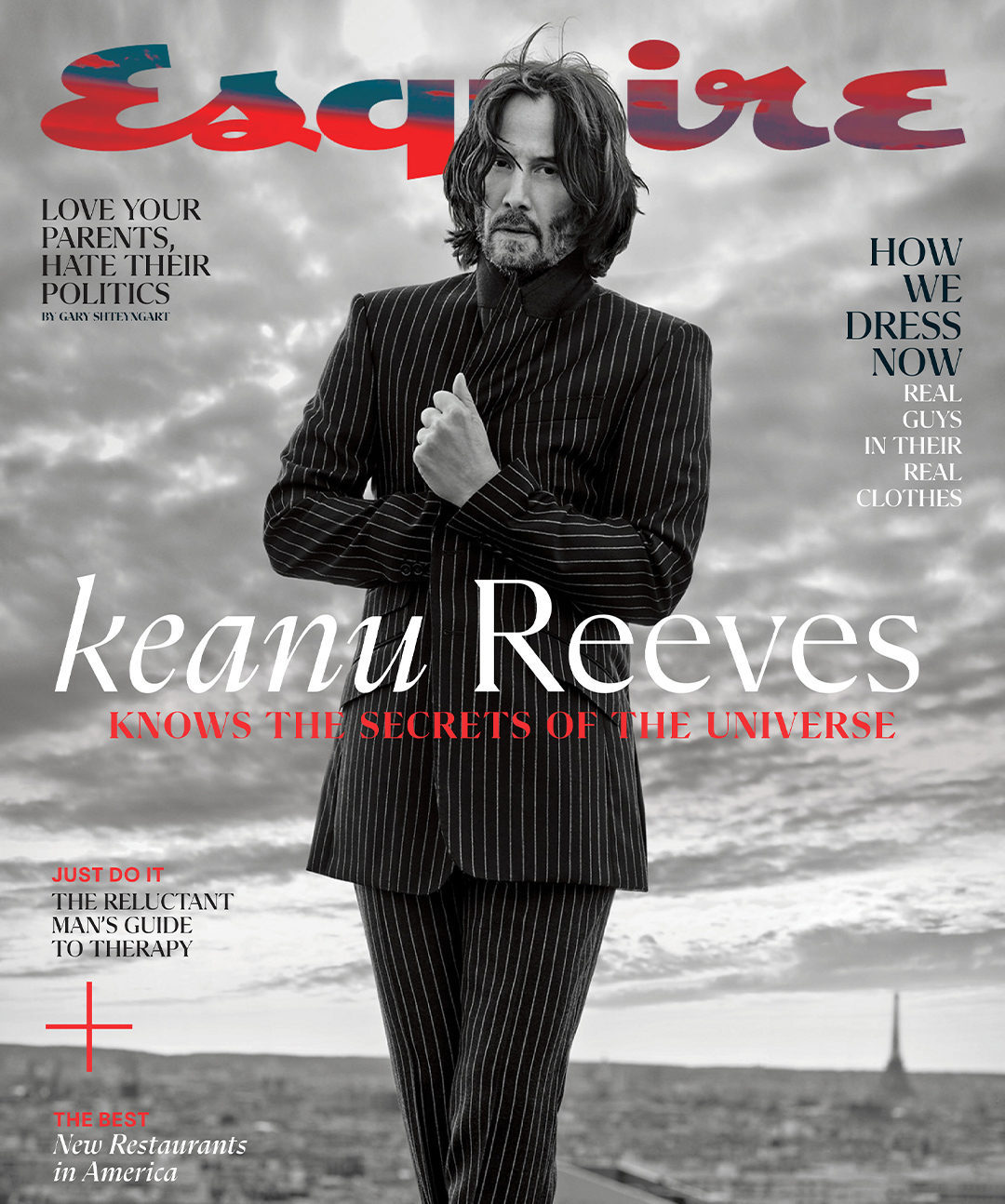 I read a lot of magazine interviews for this job, and I usually hate sitting through some overwrought, long-winded men’s magazine cover profile. But I never clicked so fast as when I saw Keanu Reeves on the cover of the winter edition of Esquire. Keanu is promoting The Matrix Resurrections, and the interview takes place in Paris as he was filming John Wick: Chapter 4. The man is 57 years old and just… lovely. He’s the kind of man other men respect, but throughout this Esquire piece, it’s his female friends and costars who are all quoted extensively about how amazing he is and how they all love him and adore him, from Carrie Ann Moss to Sandra Bullock to Winona Ryder to Diane Keaton to Martha Plimpton. It’s the portrait of a man who is an empath and a listener, a sort of workaholic Zen monk who also thinks motorcycles and fight scenes are awesome. You can read the full piece here. Some highlights:

Sandra Bullock on Keanu: “He’s a listener. And it drives. People. Crazy.” Bullock met Keanu on the set of Speed, which came out in 1994. They had friends in common. They had the same publicist, which sometimes meant they wound up at the same Hollywood event, and they’d get a drink after. They never got-together got-together—never. “Nope,” she says. She has always maintained that getting-together getting-together would have ruined a great friendship. “But who knows? Keanu’s a guy who, I feel like, is friends with every woman he’s ever dated. I don’t think there’s anyone who has something horrible to say about him. So maybe we could have survived. I don’t know. But we didn’t have to survive anything. We just get to grow up together on parallel roads and tip our hats and meet for a dinner and try to work together. And the longer time goes on, the more in awe I am of the human being. Would I have been able to say that if he had dumped me and made me angry? Probably not.”

Reading the script for The Matrix for the first time: “I just mainlined it,” he says. “I thought”—Jimmy Cagney voice—“Well, this is up my alley! I’d had some of that thought training, reading about multi personality universes and perspectives. So when I came across the script, thinking about this reality and this matrix, and then anime agents and the idea of thought control or what’s reality, and virtual reality—yeah, I felt pretty at home in those.

His empathy: “I think you do all you can for the ones you love, and that can turn into understanding a little bit of what other people go through. Being able to understand that, and share some of it, you see if maybe there are things that you can do. Knowing that perhaps you can offer something, if they’re in a situation or in a moment that isn’t clear, or they feel like they don’t know how to be or what to do. If someone comes to you for help—that shared experience, where you can have a conversation. You haven’t walked in their shoes, but you know a bit of the road that they’ve been on. We can always do more. We can always do more. There’s no ceiling on that. And you can’t do everything. You can’t do it all.”

All of the women tell lovely stories about him – Sandra mentioned that she’d never had champagne and truffles so one day he stopped by her house with champagne and truffles and she tried the combo while painting his fingernails black. Martha Plimpton tells a story about taking a roadtrip with Keanu and River down to Key West and she almost got arrested and Keanu tried to save her. Sandra talks about what it was like to work with him on Speed so soon after River’s death, and watch how he processed his grief while balancing work. And on and on – every woman had incredible stories about how lovely he is and how he’s still an unknowable enigma to them. I think he’s an unknowable enigma to everyone? That’s just who he is, the still water running deep, the action-star monk beloved by everyone.

Cover and IG courtesy of Esquire.