The series, which goes out on ITV in the New Year and has been created by the team behind The Durrells, focuses on a grief-stricken widow, Alice, and charts her unravelling as she nears a nervous breakdown. Alice and her husband, Harry, played by Jason Merrells, have just moved into their recently completed dream house. But their idyll is destroyed when Harry dies in a freak accident. In the blink of an eye, the edifice of Alice’s entire life collapses. “The whole thing is as devastating as it can be,” Hawes admits.

After Harry’s shock death, Alice’s overpowering grief is only exacerbated by her sense of disorientation in her surreal new state-of-the-art home. She has just lost her adored husband of two decades, and now she can’t even find the fridge.

But Alice’s problems don’t end there because men are accustomed to concealing things they can’t face, and Harry had many secrets. In the weeks after his death, Alice begins to unearth a web of debt, criminality and lies spun by her late husband.

Finding Alice centres on a character who, says Hawes, deserves our sympathy: “It’s shattering for Alice to find out about Harry’s secrets – as it would be for anyone.”

Alice’s cold, unsympathetic mother, Sarah, a star turn by Joanna Lumley, and her hopeless father, Roger, played by Nigel Havers, are no help at all – in fact, they serve to make matters worse. Lumley confesses to being a huge fan of Hawes and reveals her excitement at being cast as Alice’s mother. 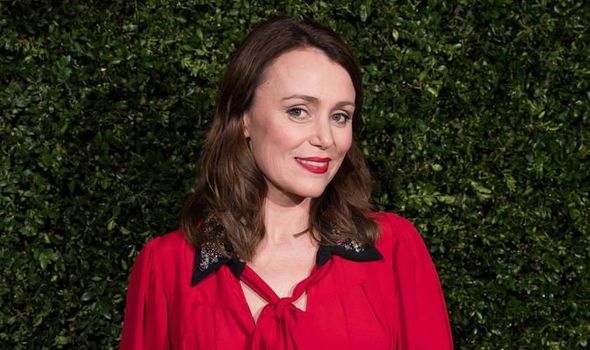 “I’ve got to say, it was a real pleasure to be chosen to play Keeley’s mum as I’ve thought the world of her ever since she was a blob,” whispers the 74-year-old actress in those velvety, liquid-chocolate tones that last week saw her voted Britain’s best loved female voice.

A widely cherished figure herself after her priceless performance as the dipsomaniac fashion editor Patsy in Jennifer Saunders’ classic sitcom, Absolutely Fabulous, Lumley continues: “It’s very exciting to see Keeley on this trajectory.

“She doesn’t seem to act anything. She simply slips into this shape, like a piece of ectoplasm, and becomes it. It was an absolute joy working with her.”

The two stars are talking to the Daily Express via Zoom in the company of other cast and crew members.

Hawes, who is married to fellow actor Matthew Macfadyen and has three children, continues: “One of the awful parts for people who find themselves in that situation is that not only do they have to deal with the fallout of the death and their own overwhelming grief, but they also often encounter unforeseen problems such as the fact that they can’t use their bank cards.

“So on top of everything else, Alice is worried about putting food on the table. She goes on this journey to try and sort out this mess, but along the way there are more secrets to uncover.”

The cast and crew were on a similar journey of discovery not knowing whether the pandemic would halt filming at any moment.

In March, the production closed down after just three episodes when the country went into lockdown. Finding Alice seemed, for the time being, quite lost.

Fortunately, to everyone’s enormous relief, they were able to recommence filming in September when the first lockdown eased. But the production still faced very severe limitations. All the cast and crew were tested for the virus twice a week.

Also, in one romantic kissing scene, an actor’s wife had to double for Hawes as the actress was not allowed to get too close to her colleague.

In the event, the challenges presented by the pandemic helped the cast and crew to bond.

Hawes reflects: “I found the Covid experience united everyone. It was a highly unusual experience. Like everyone across the country, we found ourselves in a situation no one had been in before. But when we came back to try to finish the show, there was a real sense of everyone being in it together and wanting to protect each other and be as safe as possible for each other.” 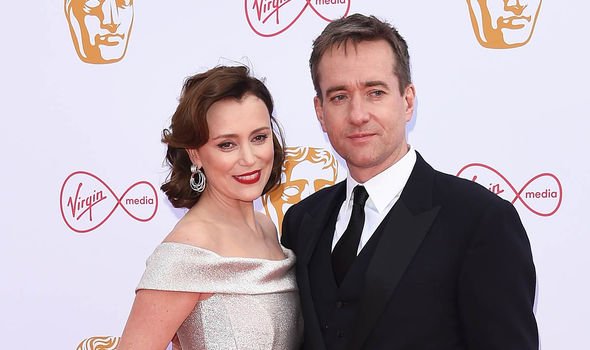 Written by Simon Nye and Roger Goldby, the creator and the director of The Durrells respectively, Finding Alice underscores Hawes’ status as the country’s most charismatic actress.

Thanks to captivating performances in everything from The Durrells and Honour to Line of Duty and Bodyguard, the 44-year-old is currently the biggest name in British television drama, bar none.

To confirm Hawes’ stature, Finding Alice was written especially for her. “It was just so exciting because my voice was there from the beginning. That’s quite unusual in this business,” she says. “It’s a hugely luxurious thing to have Simon and Roger writing with me in mind, knowing my strengths and weaknesses,” she smiles.

Hawes was also co-creator and executive producer on the show which involved a lot of extra responsibility. But she says that it has not diminished her love of acting one iota. “I still find performing a joy, totally, totally. Over a six-month shoot, everyone has the odd bad day.

“But the alarm goes off every morning and I’m still thrilled to get up and go to work. Look at the people I have the privilege of spending time with. I’m still excited by acting every single day. It might sound a bit sickly, but that’s how I feel. I feel so lucky.” 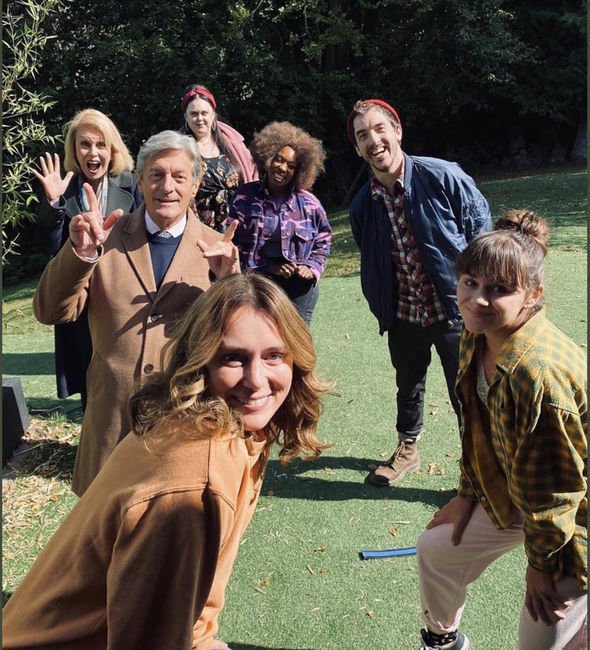 Hawes rises to the challenge of this complex role which sees Alice make numerous mistakes along the way. “Alice put her foot in it a lot,” she says. “That’s a trait she gets from her mother. But she is not unkind. Often when people are grieving, they can be forgiven quite a lot because they’re not quite the same version of themselves as they were before.”

Lumley’s character contrives to pour fuel on the fire of Alice’s grief. Lumley jokes that, “I hope I’m not being typecast,” as the deeply uncaring mother. “I’ve moved into the era of my life where I only play unsympathetic characters.

“I think Patsy has something to do with that – she was hard-hearted beyond belief. Sarah is a total b****!” So has Lumley met people like Sarah in her own life? “I don’t ever base characters on anybody, but what happens is people you have met inform your imagination. When you pull on the cloak of Sarah, observations of other short-tempered, ungenerous people spring to mind.

“But that’s all in the script. We only say what’s on the page. Sometimes people ask, ‘Did you make that bit up?’, and I reply, ‘No, that is the brilliance of writing, darling!'” She is delighted to be keeping her clothes on in the presence of Havers, with whom she had an excruciatingly embarrassing scene in their last film together. 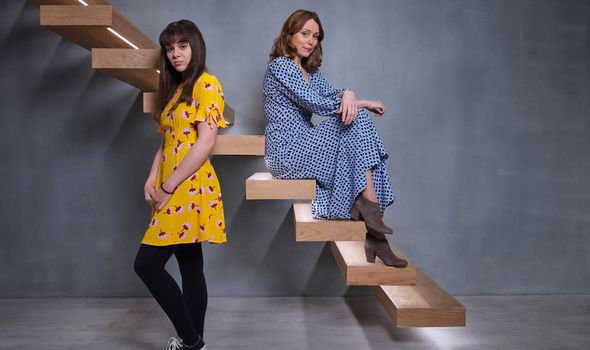 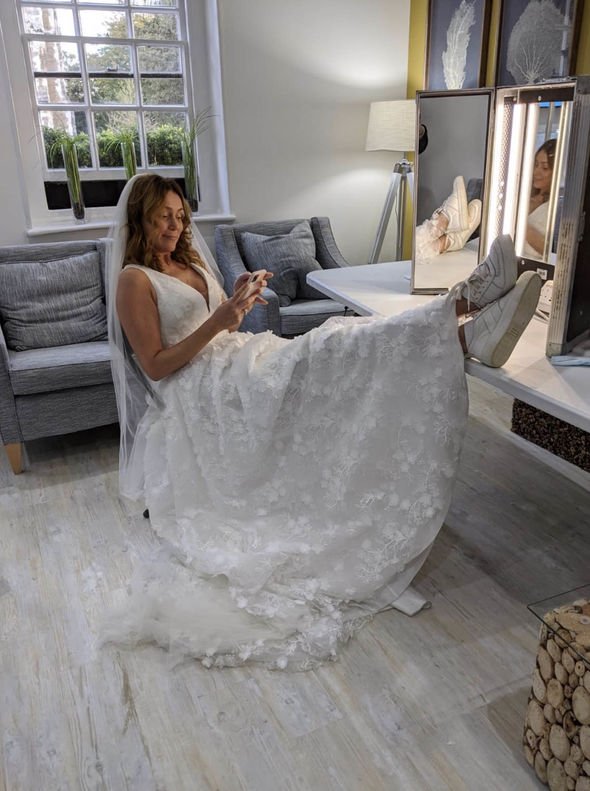 “The last time we worked together was in 1991 on a drama called A Perfect Hero. It was about a Second World War flying ace who has a dalliance with a singer, and I played the singer,” she explains.

“I’ve known Nigel for so, so long. We’ve overlapped in so many things. We have got lots of mutual friends, and I knew his wife then. But suddenly, in this particular scene, we had to be in bed together with no clothes on,” she says, wincing at the memory.

“When you know somebody and like them as a friend and you’ve only ever sat at dinner tables with them, it’s so awkward when you are suddenly in bed next to each other and have got nothing on at all.

“Our mouths and necks went on talking, but I wasn’t a good enough actress to get away with it and make it convincing. So I became frostier and frostier, and Nigel became more and more clipped. We ended up lying there like a couple of pencils. It was the most disconcerting thing in the world.”

As for Hawes, surely after yet another stellar performance a New Year’s dame-hood cannot be far off.

Finding Alice is on ITV in the New Year