Strictly Come Dancing’s 2019 champion Kelvin Fletcher, 36, has expressed his concerns on Twitter as the nation prepares for another national lockdown which starts next Thursday. While the Emmerdale star admitted he is “struggling to take much more of this”, he urged his fans to reach out for help if needed.

Prime Minister Boris Johnson announced a new four-week lockdown across England, where bars and restaurants will close, and schools and universities will remain open.

Kelvin decided to speak out by sharing a post from Anxiety UK, which read: “With news that England will be entering a second lockdown, we understand that a lot of people will be feeling worried and anxious.

“From blogs to webinars, we have a wealth of free coronanxiety resources that can help: http://ow.ly/Xj8L50BwoDu #Lockdown2 #UKlockdown.”

In view of his 275,000 Twitter followers, Kelvin announced he is “struggling” after discovering the new rules tonight. 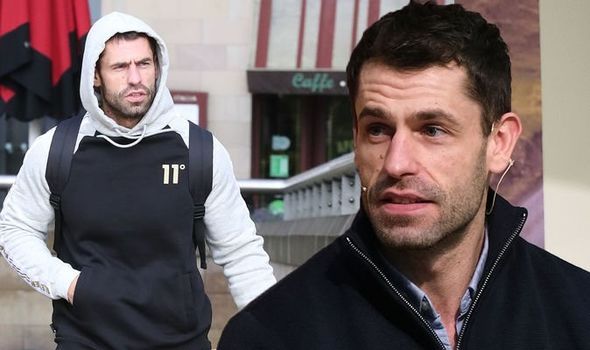 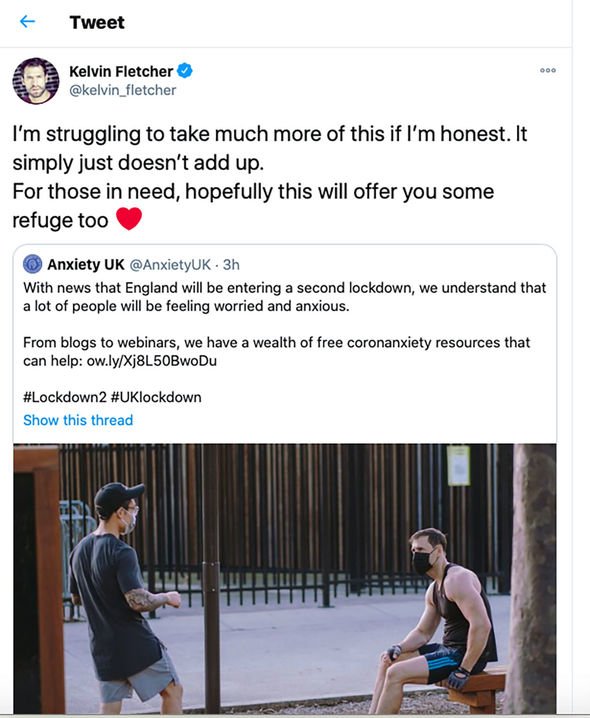 He penned: “I’m struggling to take much more of this if I’m honest.

“It simply just doesn’t add up.”

Kelvin went on to say: “For those in need, hopefully this will offer you some refuge too.”

It wasn’t long before many weighed in on the conversation to express their thoughts. 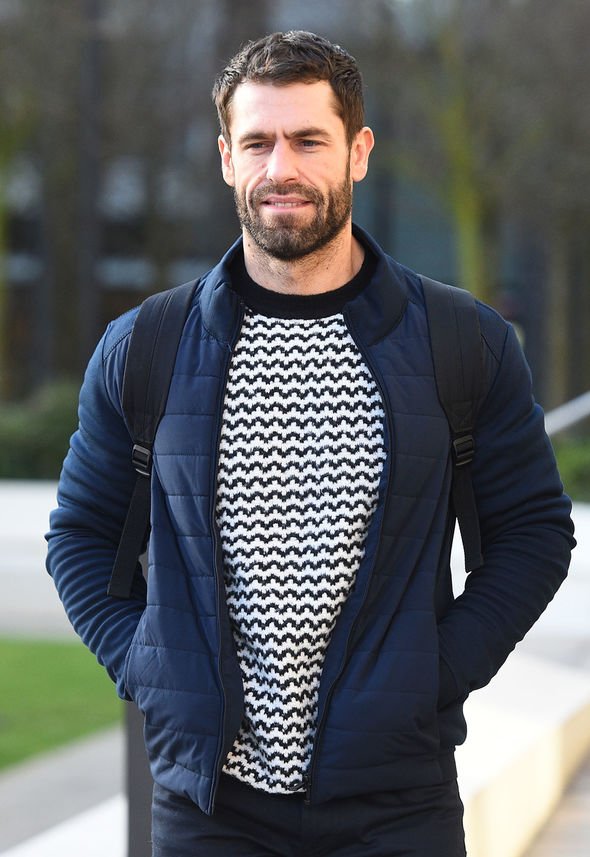 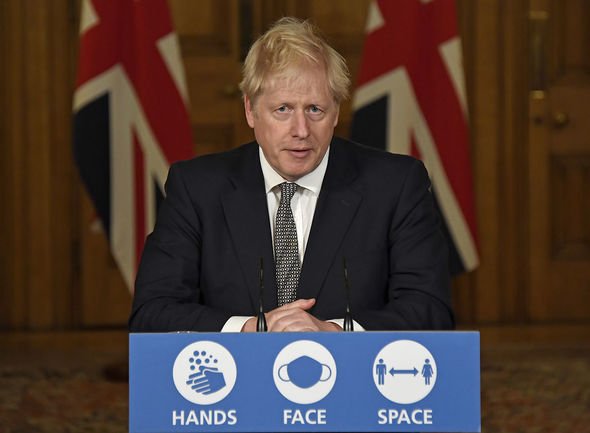 “Look at all the data pal. It does make sense and it should had happened in September,” one replied.

“Log out of social media for a while. It’s worse than any lockdown.”

Another shared: “We all need to stay strong, for ourselves and each other.”

A third fan then reassured Kelvin, despite saying it will be “tough” for the next few weeks.

They wrote: “It’s going to be tough but we can do it. Just think back a generation or two and consider what hardships they went through in WW1 and WW2.

“Staying home really isn’t that difficult compared to what they went through.”

Health experts warned Mr Johnson the country would be unable to cope with a surge of coronavirus cases unless new restrictions were introduced.

In tonight’s press conference, Mr Johnson said people will be told to stay at home unless they have a specific reason to leave.

The public will be allowed outside to exercise and socialise in public spaces outside with their household, but not indoors or in private gardens.

It was also announced people will be able to travel to work if they cannot work from home.

MPs will vote on the new measures before 12.01am on Thursday, and when the lockdown lapses on December 2, the tier system will be reintroduced ahead of Christmas.