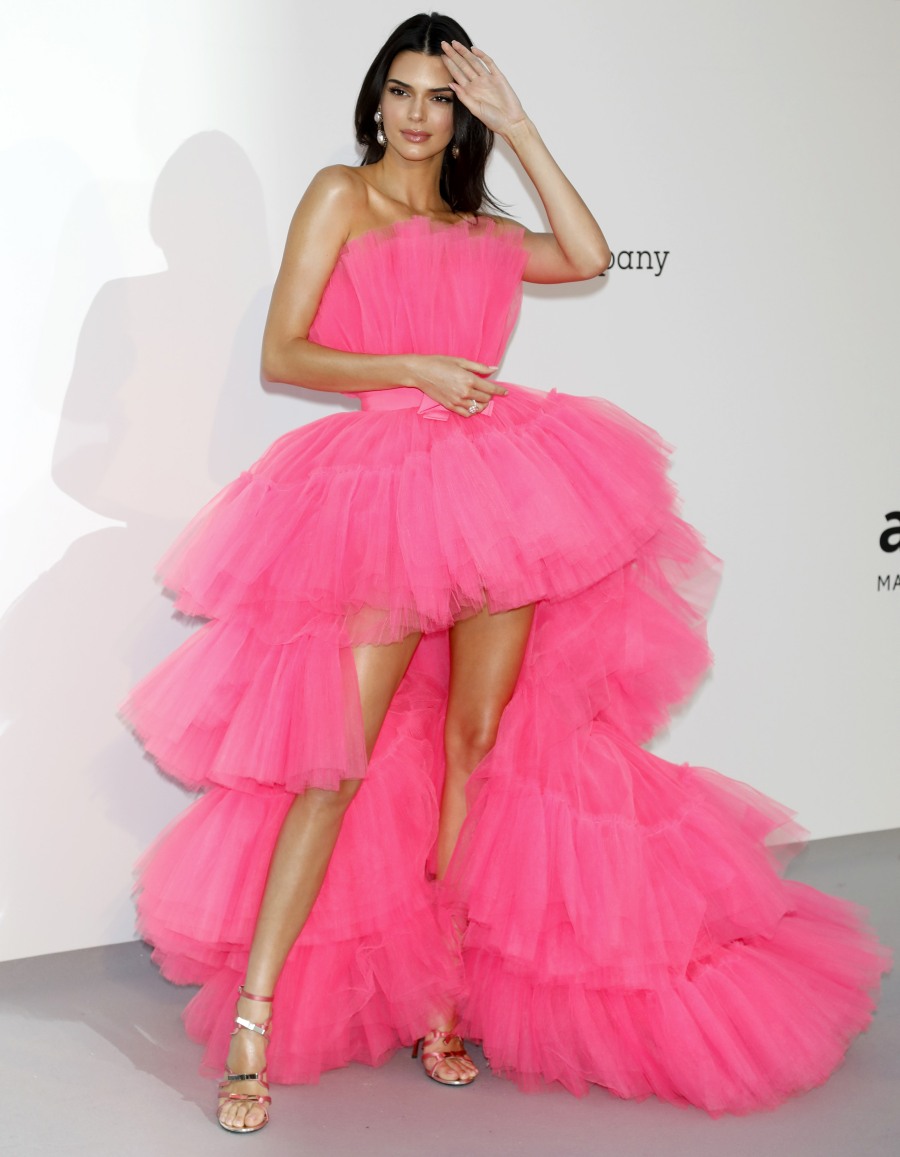 Here are some photos from last night’s amfAR gala at the Cannes Film Festival. The amfAR gala is always one of the biggest events of Cannes, and it’s usually a showcase for models and designers, much like the Met Gala, only here the theme is just “look pretty and frothy.” This year’s gala was light on big-name celebrities, but they got a good turnout with models. This is not a comprehensive list – I’m just choosing my favorite gowns or the people I found most notable. Kendall Jenner wore a custom Giambattista Valli gown, and the designer was her date to the gala. The fluffy mullet train is detachable, and it’s my understanding that Kendall later detached the train and just partied in the puffy miniskirt part. I can’t stand mullet dress so I dislike this, but it is what it is – something silly for Cannes. 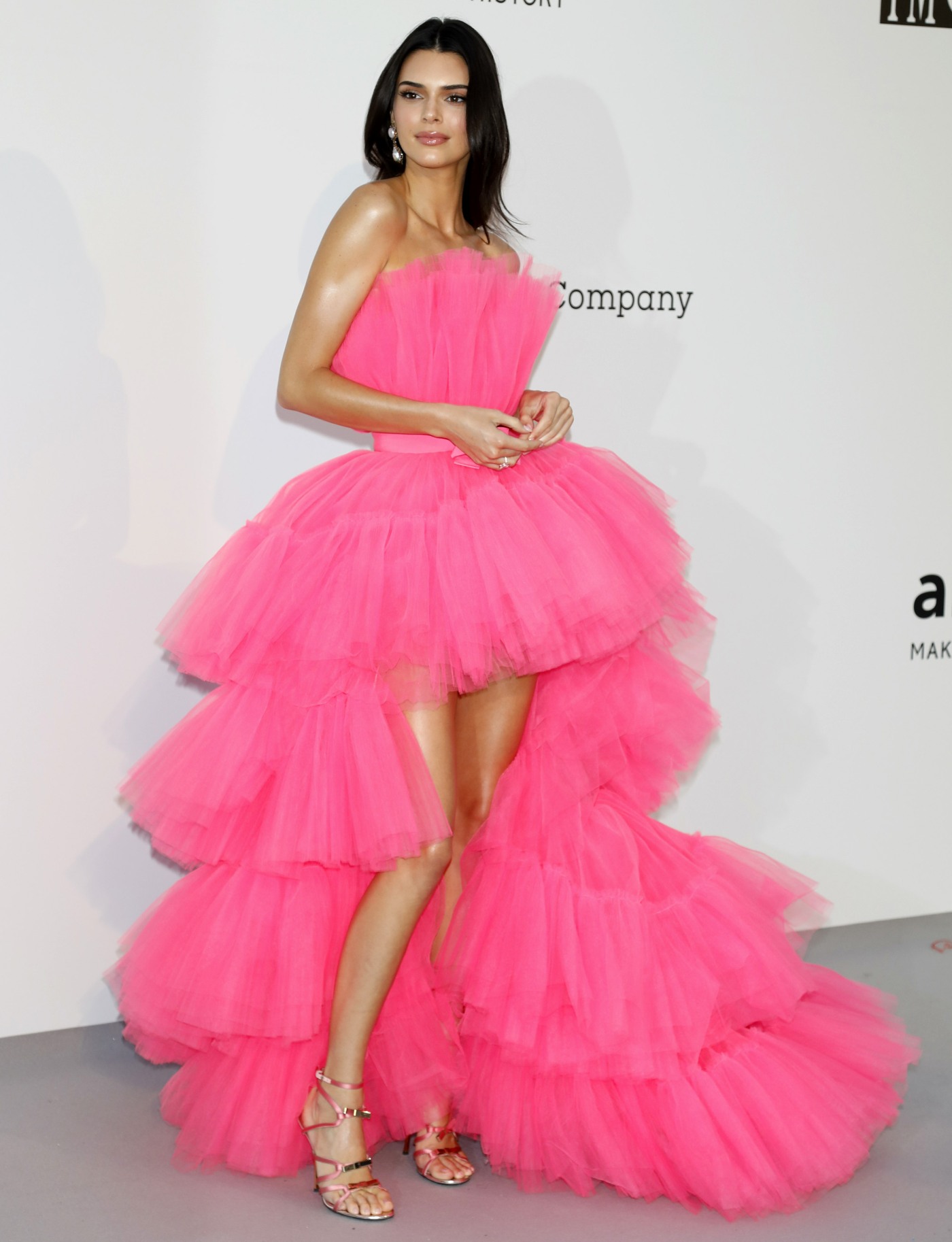 Y’all know I stan Dua Lipa but she’s so young, and I sometimes think she just wears what people tell her to wear. Her face tells me this Valentino gown was probably not what she would have chosen for herself. Bad styling too – Dua is beautiful and the hair & makeup made her look like a second-tier model. 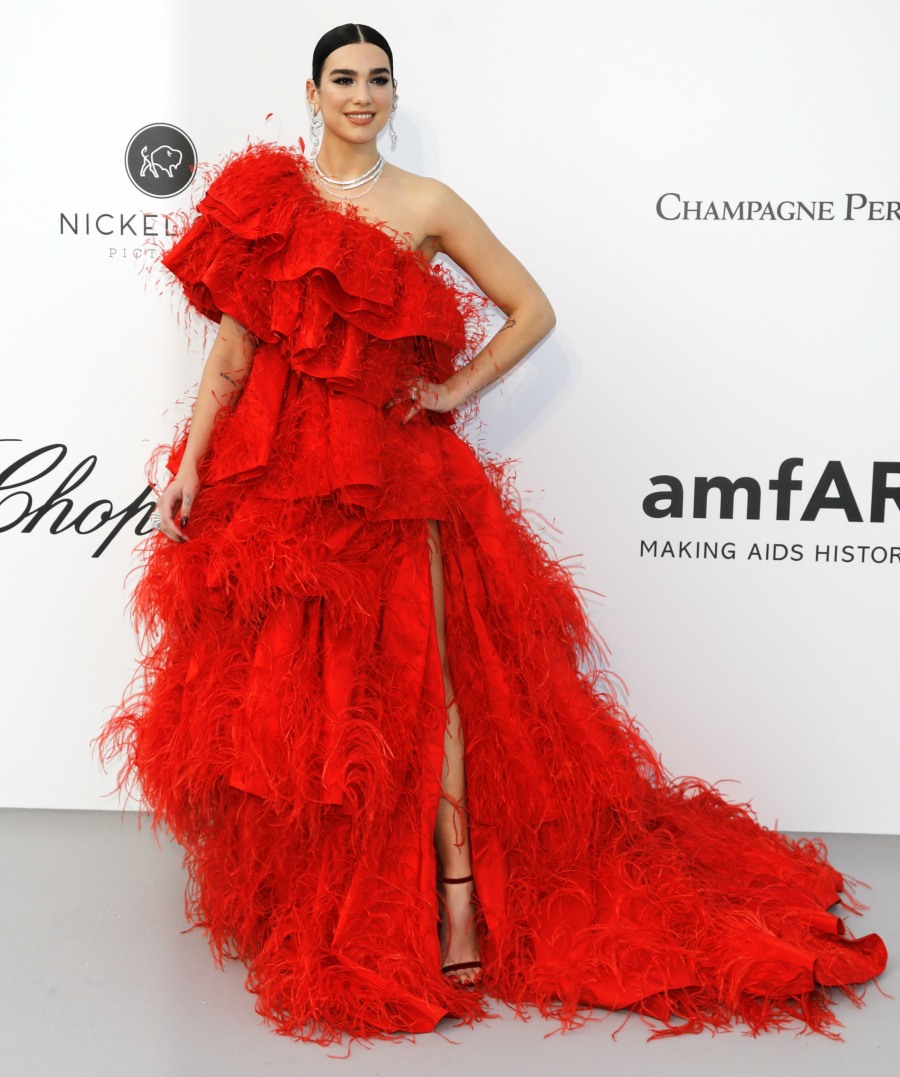 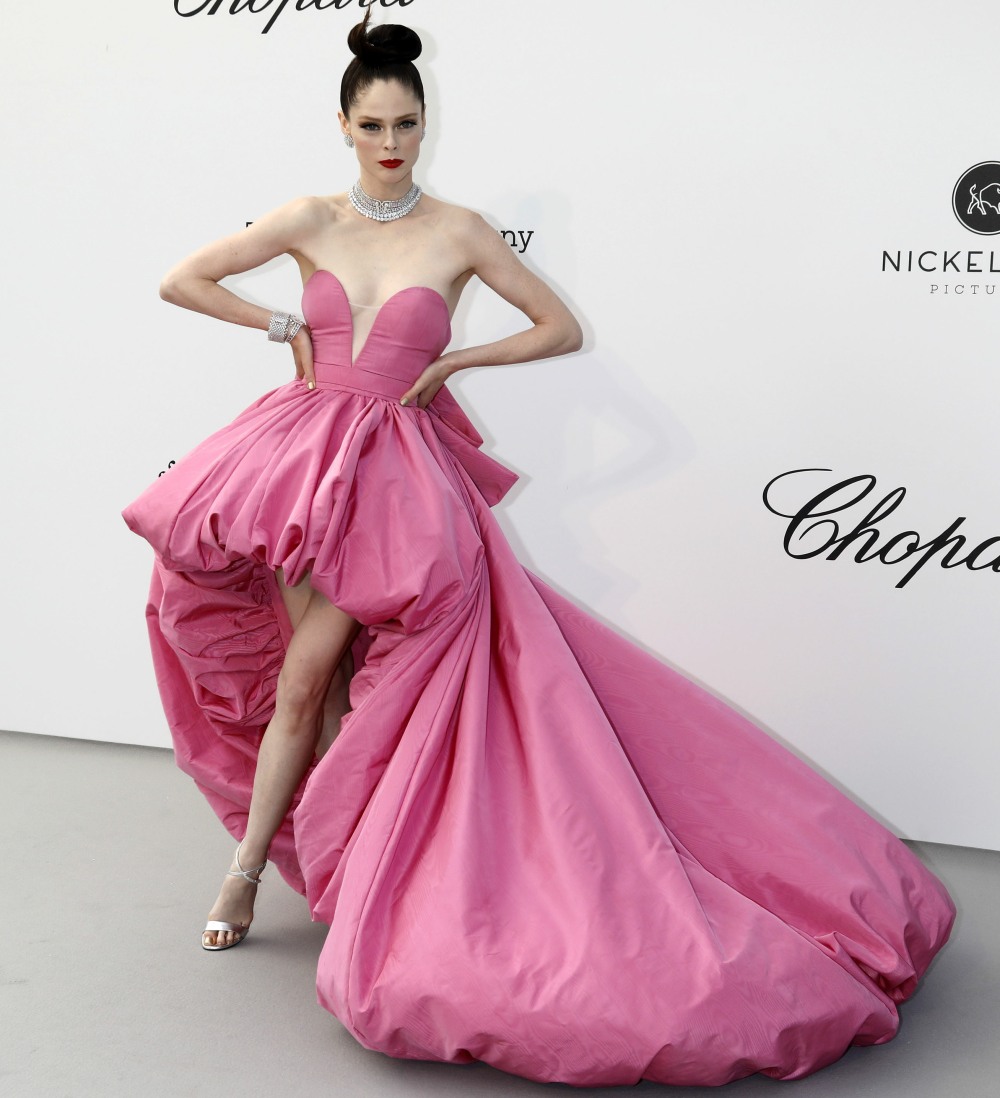 Stella Maxwell in Versace. I rather like this? It’s a good gown. 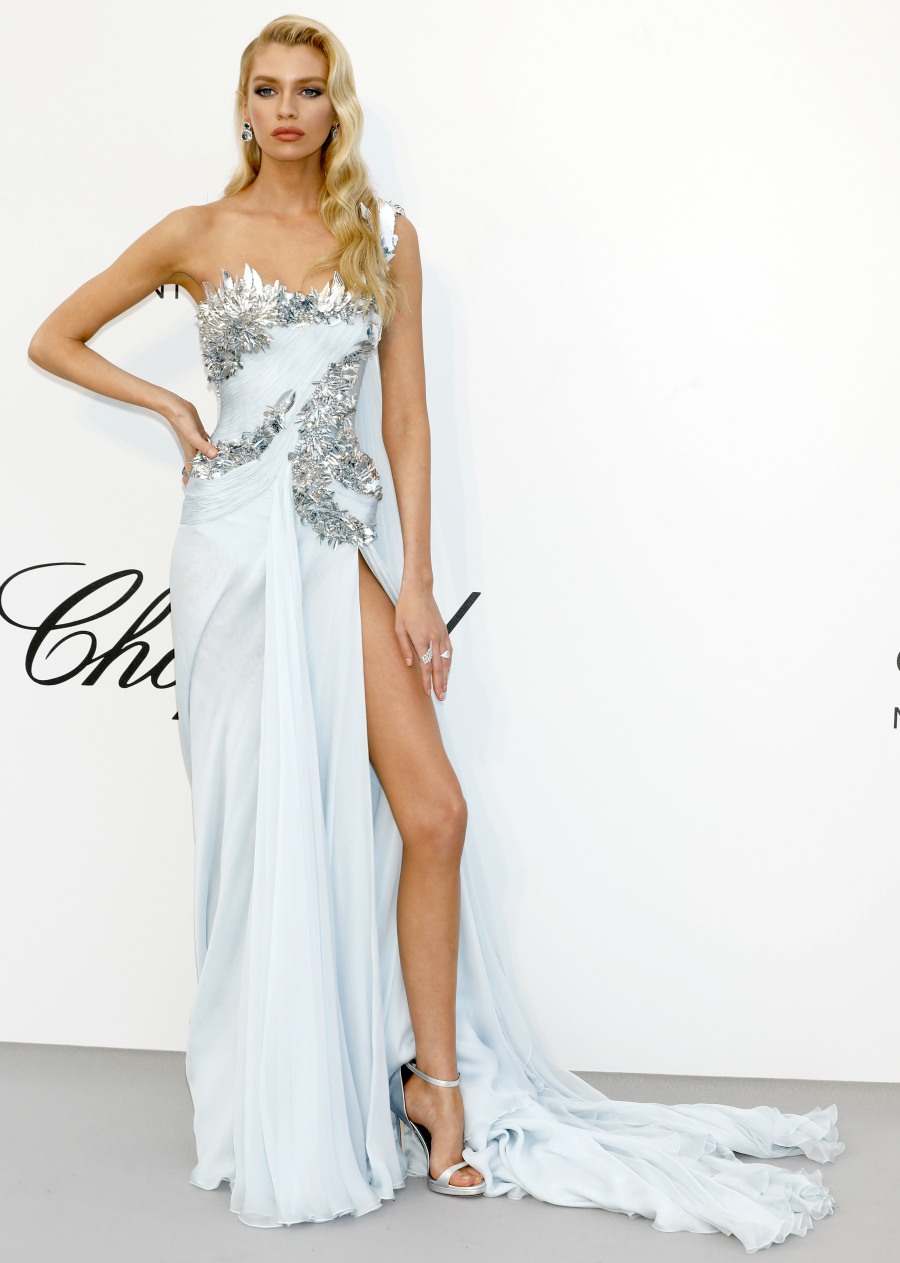 Martha Hunt in Monique Lhuillier. Wow, I like this too? It’s not perfect… I would like to see the hem of the dress be a touch longer just to compensate for the cape. But other that, I love it. 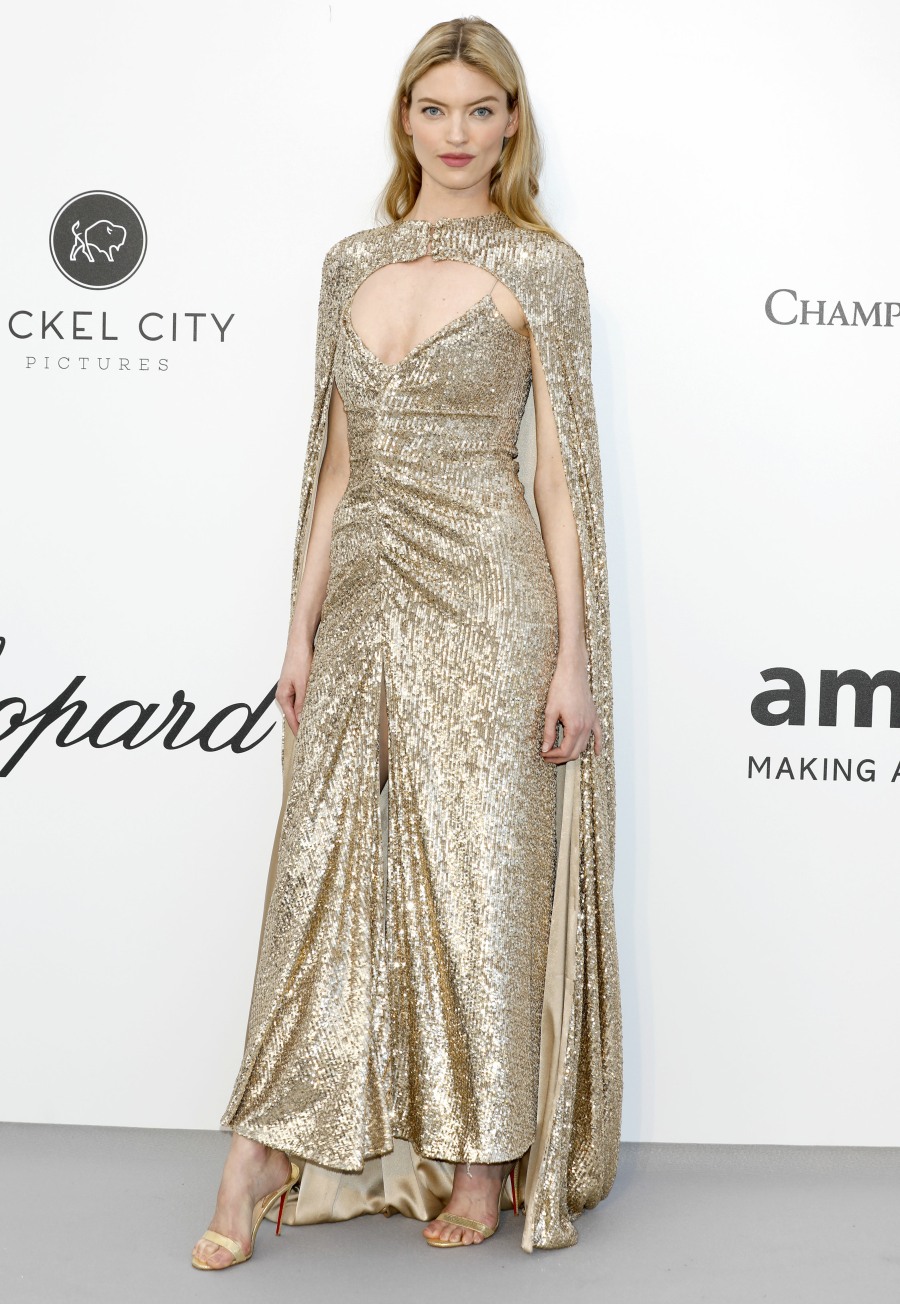 Olivia Culpo in Ermanno Scervino. Why does it feel like she’s copying Dua Lipa’s slicked-down styling? The dress itself is fine – not the best, not the worst. 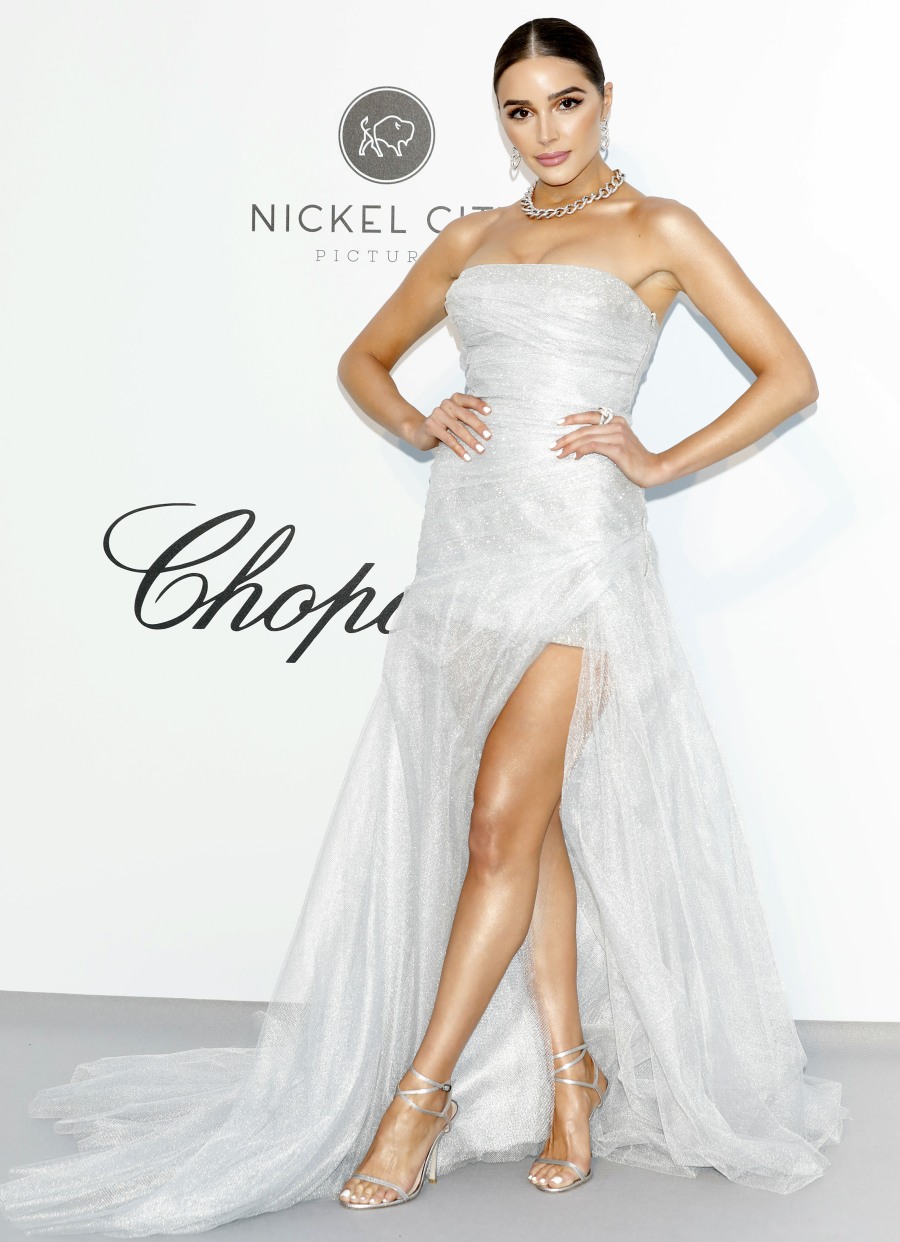 Pamela Anderson’s date was her son Brandon Thomas Lee. I can’t believe how grown he is. She wore INGIE Paris and looked… like Pam Anderson. 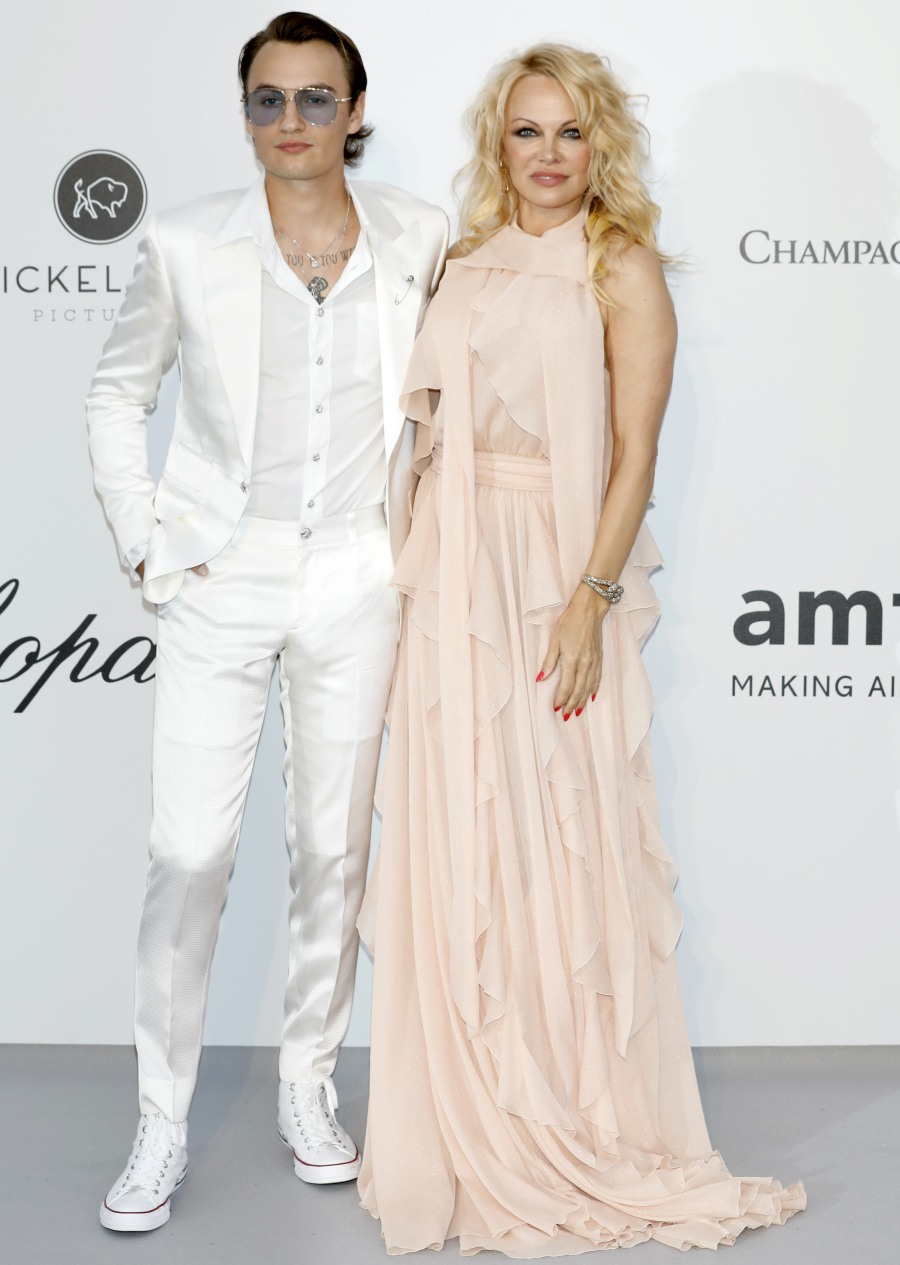