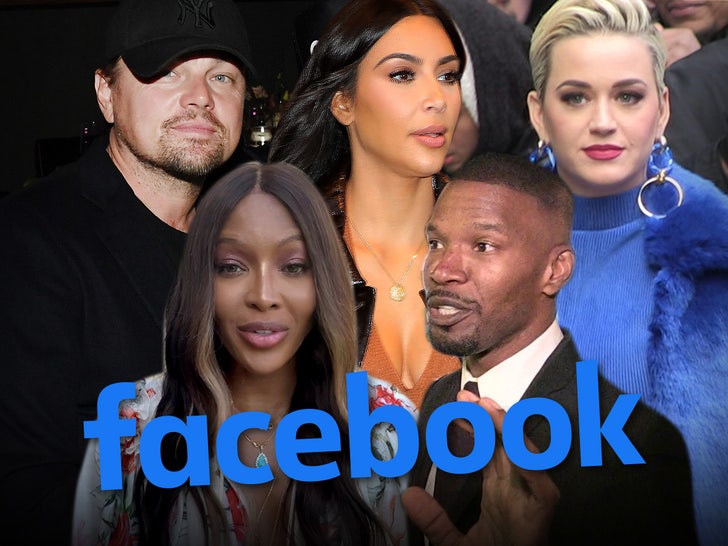 Kim Kardashian, Leonardo DiCaprio and a bunch of other celebs are banning together to make Facebook stop and listen … by putting its biggest attraction on ice for a bit.

A massive amount of stars are participating in a 24-hour Instagram freeze Wednesday in partnership with Stop Hate for Profit … which is leading the charge. It’s a pretty simple idea … a one-day moratorium on posting ANYTHING on IG, to stick it to Mark Zuckerberg and co.

Their ultimate goal is to let FB know people are sick of them not running a tighter ship on their platform … which, as you may have heard, has become home to a lot of misinformation and unchecked hate speech — all in the name of “fairness.”

SHFP isn’t buying that “fairness” argument, and neither are its famous supporters like Katy Perry, Jamie Foxx, Ashton Kutcher, Jennifer Lawrence, Michael B. Jordan, Sacha Baron Cohen, Naomi Campbell … and many, many more.

Obviously, the campaign goes beyond just the A-listers … so far, this message has been shared by over 200 million accounts across different media platforms … and it’s growing by the hour.

So, you can imagine — IG will probably be pretty quiet come midnight. No stories, no hashtags, no foodie posts … nothin’, at least from those who are committed to this.

And, if you’re wondering if there’s any specific list of demands here, there are. Among some of the actionable items SHFP would like to see happen … removing FB groups promoting violence, militia groups, white supremacy, conspiracy theories and other harmful content; remove misinformation posts and slap people with fact checks … just to name a few.

The real issue here for Facebook is about the First Amendment and how far is too far when it comes to censorship … even of ideas with which you disagree.

Now, we know what you might be thinking … if these celebs are really about this cause, why just “freeze” activity for a day? Why not a week?? Or … forever?!?

Great question, and we’re guessing the answer is money — all the dough some of them make for IG posts. No one wants to bite the hand that feeds. At least not too hard, anyway 😅