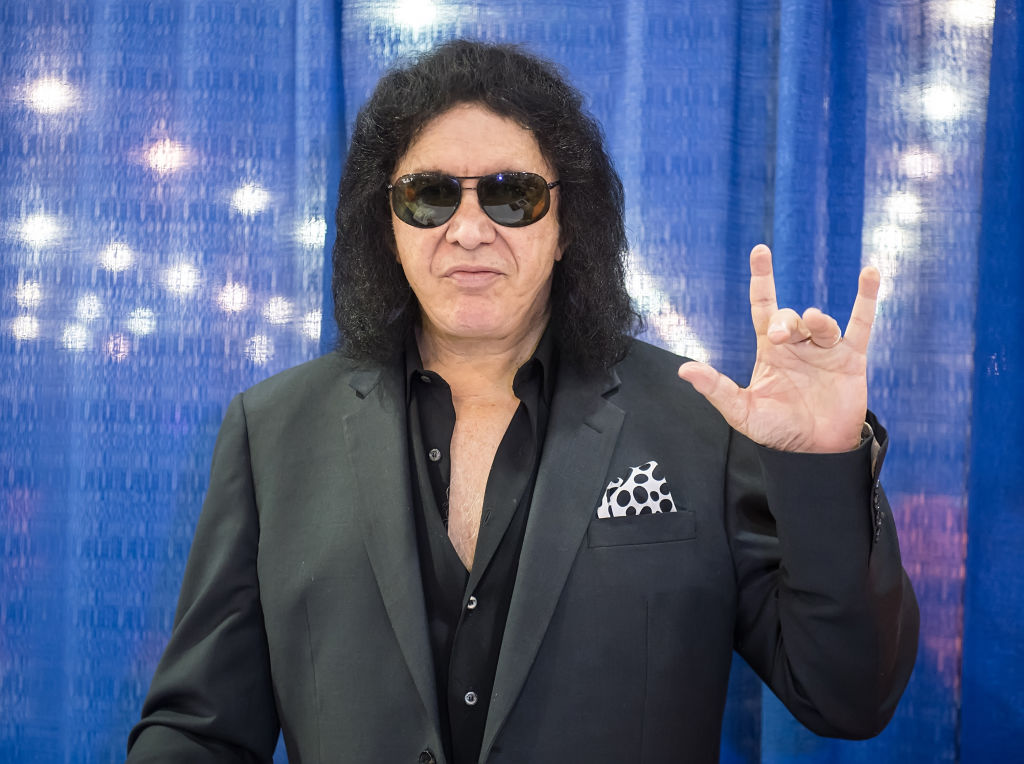 This week, Kanye – who legally changed his name to Ye – sparked further controversy amid his divorce drama with Kim when he released a music video showing him burying a replica of Pete Davidson alive.

Saturday Night Live star Pete has been romantically linked with Kim since late 2021, with the comedian referring to the reality star as his girlfriend publicly for the first time last month.

In a new interview, Gene implored Pete to ‘take the high road’ and ‘just ignore it’ amid continued digs from Kanye, describing the 28-year-old as a ‘cool guy’.

‘At a certain point if somebody misbehaves, [they need] a good b***h slap, “Oh sorry I didn’t realise I was such an a**.” It’s possible [that’s what Kanye needs],’ he said.

Speaking to TMZ, the rock musician encouraged Kanye to ‘get a hobby’, stating: ‘Leave them alone, move on.’

‘Love your kids, love the mother of your kids and let her make her own decisions. She’s a grown a** woman and she doesn’t need your permission,’ he said.

He also dubbed Kanye’s romance with Chaney Jones – who has been noted for bearing a strong resemblance to Kim – as ‘childish’, expressing his sympathies with the model for the spotlight that’s been shone on her.

‘It’s not fair to this girl who happens to resemble Kim. Good for you, resemble anybody but don’t be a handpuppet to someone who’s playing a game,’ he said, adding: ‘He needs to back up. He’s not a bad guy.’

This week, Guardians of the Galaxy director James Gunn shared a message of support for Pete, who he worked with on the 2021 DC Comics film Suicide Squad.

Kim liked the tweet, which read: ‘For the record, Pete Davidson is one of the nicest, sweetest guys I know. A truly generous, tender & funny spirit, he treats everyone around him with respect.’