Kourtney Kardashian showed support for boyfriend Travis Barker in a Blink 182 hoodie which the band’s drummer posted a photo of on social media.

Kourtney Kardashian, 42, is with the band! Travis Barker, 45, took to his Instagram stories just before midnight on June 3rd and shared a sweet photo of the Keeping Up With the Kardashians star rocking a hoodie with Blink 182 artwork across the front. Travis, who’s a drummer for the band, added a red heart emoji to the image for his lady love.

The Poosh founder looked pretty as she wore minimal makeup and finished the look off with black leggings. Kourtney wore her signature dark brunette tresses styled straight and had a freshly painted pale pink manicure. 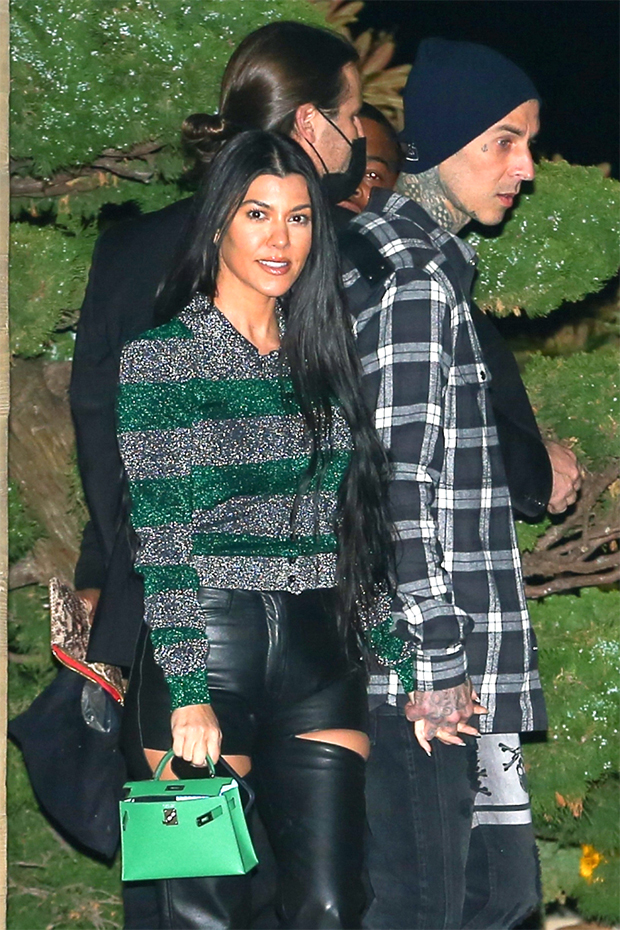 Kourtney and Travis are known for flooding their social media with PDA pics and videos, and their romance continues to blossom. As we previously reported, the lovebirds are seemingly head over heels for each other so it’s no surprise that the brunette beauty would say “I do” to her hunky musician beau.

“Since Kourtney’s life is out in the open anyways, it is an amazing feeling for her to share a love with someone that gives it right back,” a source to the couple EXCLUSIVELY told HollywoodLife. “She is in it beyond with Travis and she is all in. Once he decides to propose she is absolutely looking to say yes and looking forward to an epic and incredible one of a kind wedding. That is where her head space with Travis is right now. She is loving every minute of it.”

Kourtney and her ex Scott Disick forged a friendship after ending their nine-year relationship in 2015. They share three children — Mason, Penelope, and Reign. Travis was married to Shanna Moakler from 2004 to 2008. The exes share daughter Alabama and son Landon. Travis was also married to Melissa Kennedy for nine months before filing for divorce in 2002.