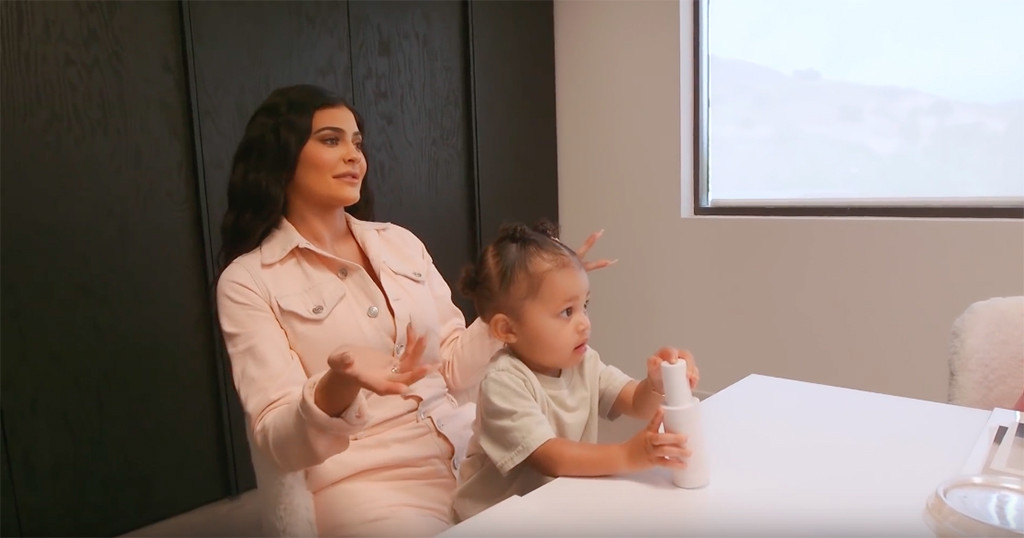 Try to keep up with Kylie Jenner.

As fans well know, the 21-year-old is a makeup mogul, a mom and one of the most famous figures in the world. But, what does that life look like hour by hour? She has broken it down for you.

In a newly released vlog from the Kylie Cosmetics founder, she takes viewers inside her day, from 5:50 a.m. to just before midnight. On this particular day, Jenner is throwing her makeup artist, Ariel Tejada, a surprise party, but there’s much to be done before there’s time for celebration and, thanks to 1-year-old Stormi Webster, Jenner has quite the early start time to a seriously glamorous day.

There are some things in Jenner’s regimen we can all relate to—notably a morning shower and texts from mom and the family (in case you were wondering, Kim Kardashianis in Kylie’s phone as “Kim K”).

Before heading off to work, she gets glammed up with the help of her team and heads to her “fitting room” to decide on her outfit. This time, it’s a powder pink jumpsuit paired with a boxy white purse and sneakers—Chanel, of course. Dressed and ready, Jenner selects a car for the day—a robin egg blue Rolls-Royce—and drives herself to the office, where meetings with momager Kris Jenner, sister and collaborator Kendall Jenner and other team members ensue for various projects, including Jenner’s newly released skincare line.

In between business, she gets a visit from her daughter, who has a bedroom set up at the office just for her. “It’s hard to manage mom life and work life sometimes, so that’s why I made her a bedroom here so she could be with me and still have fun, ” Kylie explains into the camera.

After a photo shoot, Jenner wraps up the day around 6 p.m. and heads to the event she’s throwing. One quick change later and she’s ready to party with friends and shock her makeup artist, topping off the night with a message to fans: “Subscribe!”

See Kylie’s fabulous day for yourself in the video above!