Colt Johnson got 90 Day Fiance viewers talking when he posted a picture of himself and a mystery woman on a date several days ago. Now, the internet has figured out who Colt’s new lady is, and Larissa has even commented on her ex-husband’s love life.

It was revealed that Colt has moved on with another Brazilian woman, though it’s not clear if the two are serious yet or just driving headlines.

What is clear is that Mother Debbie isn’t far away as she very likely took the first photo of them that Colt shared on his Instagram stories.

And now we know how Larissa feels about news that Colt is dating again. It turns out that she’s not all that bothered.

During a recent question and answer session shared in her Instagram stories, a fan asked Larissa, “How do you feel about Coltee dating again?” 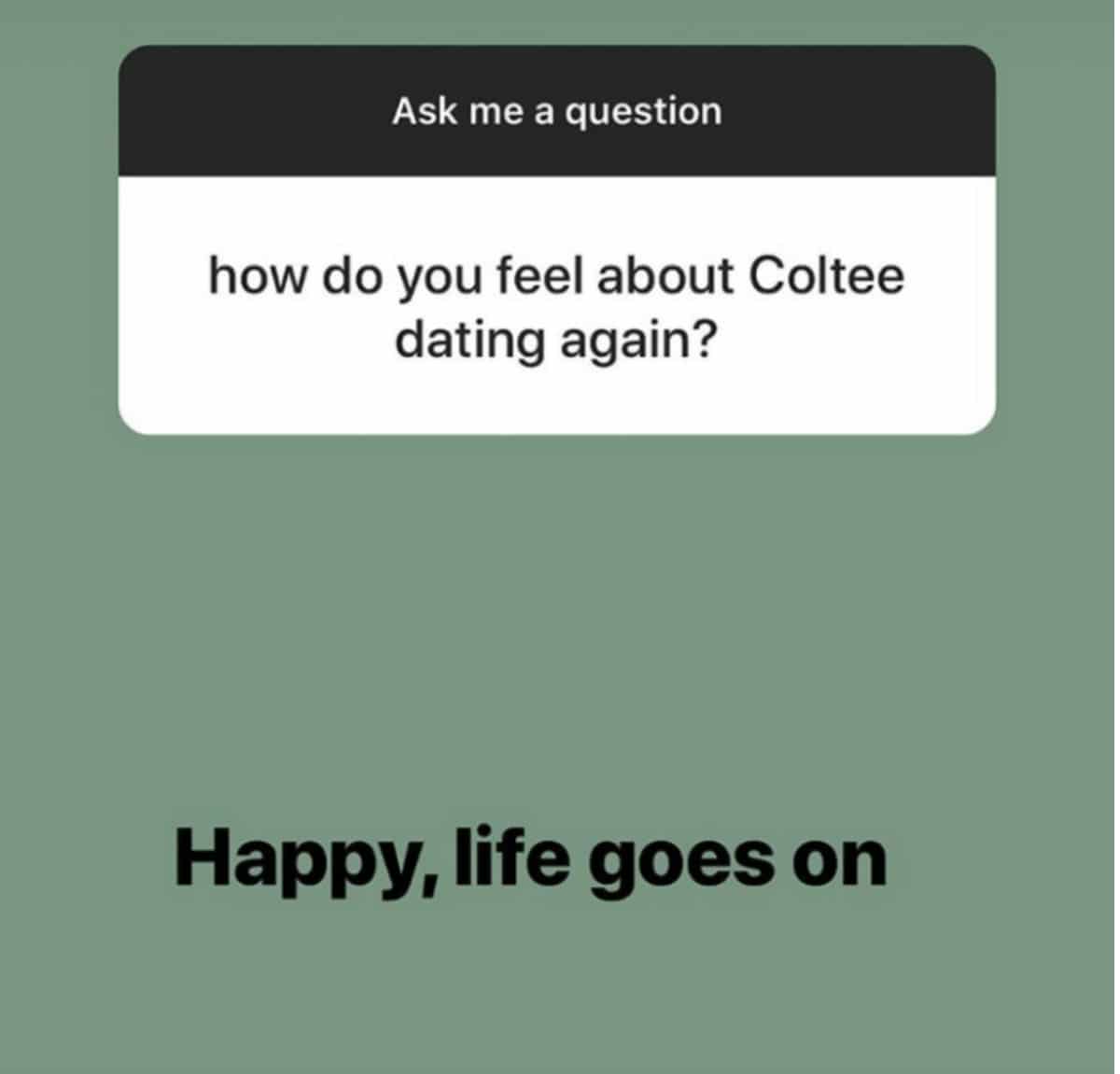 Larissa Lima has been dating Eric Nichols for several weeks now and has clearly moved on from her marriage to Colt Johnson.

The two separated for the final time in January after another altercation that landed Larissa in jail. Colt immediately filed for divorce after seven months of marriage. The divorce was finalized in April, allowing both Colt and Larissa to move on.

Based on Larissa’s reaction to the news that Colt has finally jumped back into the dating pool, it sounds like she’s over him and glad that he’s over her too.