ITV host Lorraine Kelly, 61, has spoken out about Prince Harry and Meghan Markle’s tell-all interview with media mogul Oprah Winfrey, which she has branded “unnecessary”. Taking to social media, the TV star commented that she didn’t think either party would come out well from the “explosive” interview.

All so unnecessary and actually rather sad

The Scottish TV presenter took to Twitter to share her views on the upcoming interview with her 631.6K followers.

Replying to a tweet about the impending interview, she wrote: “I don’t think either side is going to come out of this well.

“All so unnecessary and actually rather sad.”

The TV presenter’s tweet came in response to the Daily Mirror’s Royal Editor, Russel Myers, who posted about Harry and Meghan’s upcoming chat. 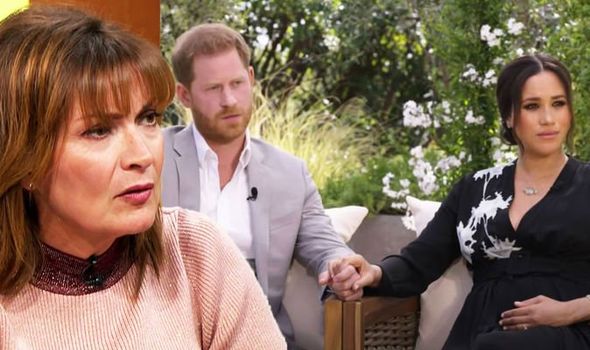 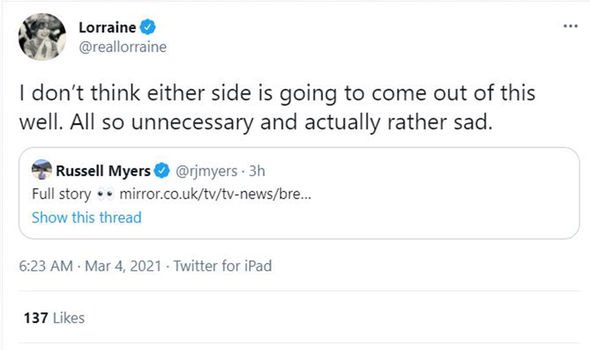 He wrote: “NEW: Meghan speaks for the first time in @Oprah interview to accuse ‘The Firm in playing an active role in perpetuating falsehoods about us’ – a line that prompted a furious rebuttal when it was said by her lawyers this week.

Lorraine’s response came after the publication reported that Meghan was “not afraid of the consequences of speaking out”, following a new preview clip from Oprah’s exclusive interview with the couple.

The morning host’s followers were quick to share their views, which were mainly in agreement with the TV host. 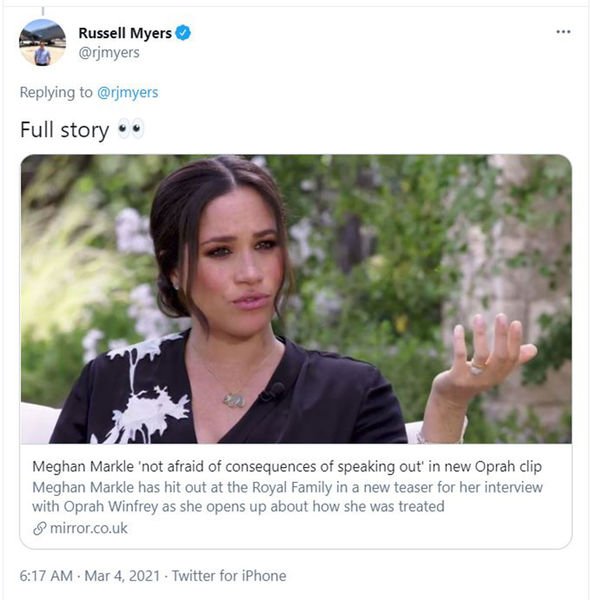 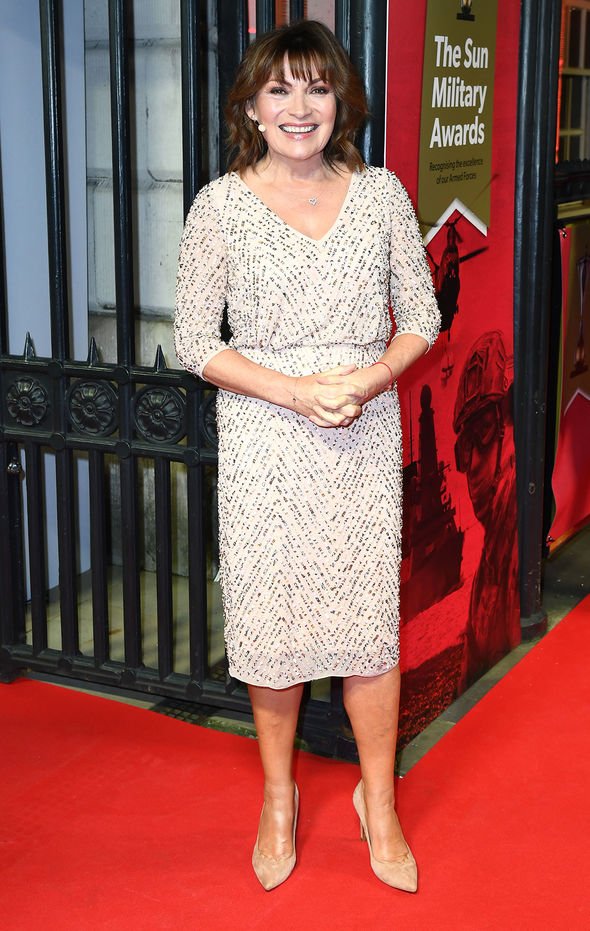 One wrote: “It is sad…family is important and yet they seem hell bent on destroying it.”

Another penned: “Very sad, and divisive, and as in all royal family breakdowns none of us know the whole truth.”

Referring to the royals as The Firm, the clip shows the Duchess of Sussex admitting she could not stay silent if the Palace played a part in “perpetuating falsehoods” about the former Suits actress.

Harry and Meghan stepped back from their life in the royal spotlight when they moved to California last year.

Just days ago, American chat-show mogul Oprah was apparently “livid” at Prince Harry after he compromised her exclusive interview by opening up on his and his wife’s decision to leave the Royal Family and move to America on James Corden’s The Late Late Show.

Her chat with the couple was set to be their first major television appearance since their departure from the UK, but it remains to be seen whether the airing of the CBS offering will be the exclusive she had hoped for.

One of the main talking points of the interview was to be the reason why the couple decided to break away from their royal duties and move to California to start a new life with their son, Archie.

But after Harry told all to fellow Brit James in a chat on an open top bus for his talk show, it has been suggested that Oprah could be less than impressed with the move.

According to the i Paper’s Late Editor Benjamin Butterworth, the couple wanted to open up about their UK departure as soon as possible.

He said: “I think they were desperate to get their story out there.

“Anyone that saw James Corden and Prince Harry on Friday, first of all, Oprah must have been livid that he’d already given the line of why he quit the Royals to James Corden so she’s not got that as an exclusive.”

The exclusive will be aired on CBS News on 7 March at 8pm with the show being broadcast in the UK 24 hours later on ITV at 8pm.