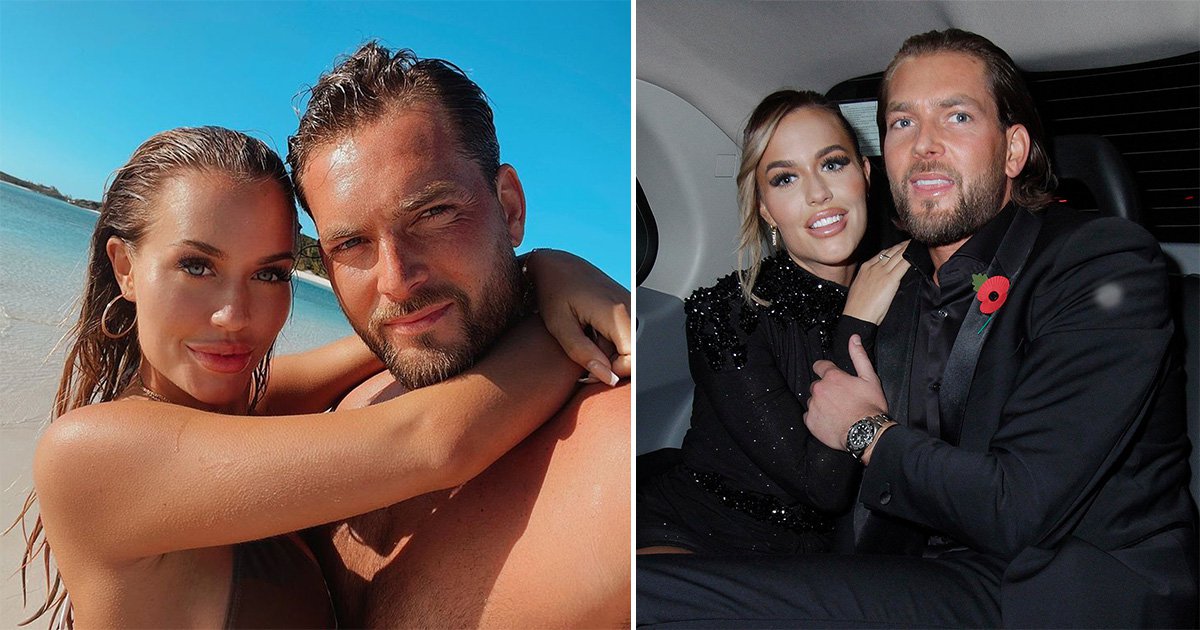 The star shared a pair of gorgeous snaps of herself and Lewis cradling her baby bump, and wrote in the caption: ‘Just the 3 of us ❤️’.

Lewis, who previously dated Caroline Flack, commented: ‘I love you both forever ❤️.’

Lottie’s sister Daisy shared the love, commenting: ‘Finally I can screammmm about it. I love you 3 so much ❤️’.

Lottie, 23, and Lewis, 29, first sparked dating rumours in July 2020 and were later seen holidaying together in Ibiza.

The couple’s relationship was confirmed when photos of them kissing were revealed.

Since then, they’ve been sharing loved up photos on social media, with Lewis writing of his girlfriend at New Year: ‘2022 we are ready 💫✨.

‘This will be the best one yet. You are the most amazing person and I am so proud of you. Love you always ❤️.’

Prior to this relationship, Lewis had dated Love Island presenter Flack, who took her own life in 2020.

Lottie – the younger sister of One Direction star Louis Tomlinson – had also lost her 18-year-old sister Felicite following an accidental overdose, as well as her mother Johannah who died from leukaemia in 2016.

The pair are said to have spent time together at a party in May 2020 at stylist Lou Teasdale’s house to mark three months since Flack’s death.

Sources claimed Lottie and Lewis bonded over their grief, with an insider telling the Daily Mail in the summer: ‘They have been meeting up in secret for weeks but their newfound friendship hasn’t gone unnoticed by mutual pals.

‘Not all of Caroline’s friends are happy with how the situation appears to be developing but can understand that both Lottie and Lewis have been there for each other as a shoulder to cry on.’