Lucy Alexander takes her father for his coronavrius vaccination

Lucy Alexander, 50, the former Homes Under The Hammer star, has revealed that her daughter, Kitty, is suffering from “a few achy side effects” after receiving her first Oxford coronavirus vaccine. Lucy’s daughter would have been on a high-priority list to have the jab, as she suffered from a virus that attacked her spinal cord, leaving her paralysed.

She wrote: “Great news My daughter has had her Oxford vaccine!

“A big relief. Although she’s now suffering a few achy side effects but it’s so worth it.

Despite the side effects, Lucy finished her post by saying: “If you get offered it PLEASE take it.” 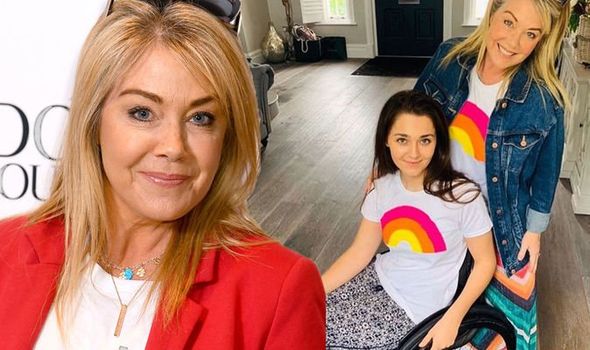 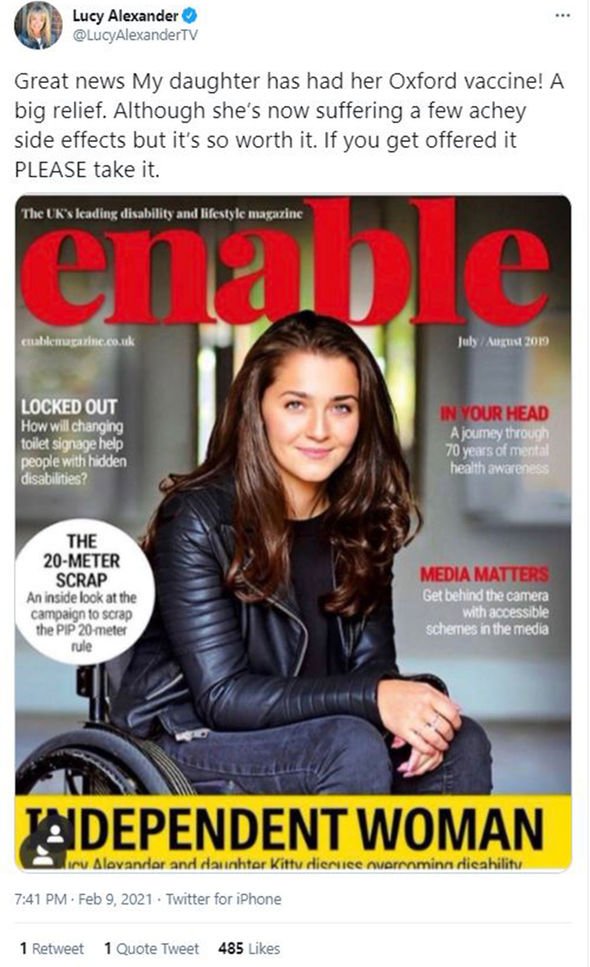 Underneath Lucy’s caption was a picture of Kitty on the front cover of Enable, the UK’s leading disability and lifestyle magazine, with the headline “Independent Woman”.

The presenter’s followers were quick to comment on her post with their own experiences of the vaccine’s side effects.

One wrote: “I had the AstraZeneca vaccine last Friday. The side effects for me were severe and I’m still suffering from them.

“But it will sort itself out I would still advise people to have them though. A few side effects are better than the alternative”. 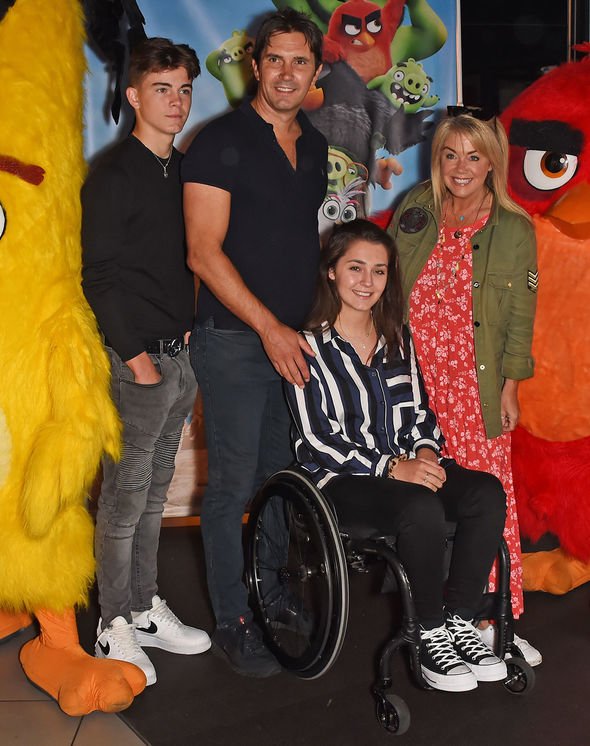 One follower celebrated Lucy’s tweet and added: “This is brilliant news!”

The NHS lists possible COVID-19 vaccine side effects as feeling tired, having a headache, feeling achy and having a sore arm.

They advise that symptoms should last no longer than a week.

On February 8 last year Lucy marked the anniversary of her daughter’s paralysis.

She wrote on Twitter: “This date will be forever etched on my mind.”

“My daughter 9 years ago became instantly paralysed at school from a virus that attacked her spinal cord.

“What a journey it’s been. As her mum I’m just so proud of the amazing woman she has become. Kitty [love] you so much.”

Elsewhere, Lucy recently shared a poignant tribute to her late mother, who passed away a year ago.

Taking to Twitter, Lucy shared a video of a bouquet of pink flowers on a bench, dedicated to her mum.

She wrote: “A perfect bouquet for my mum’s memorial bench yesterday.

“It’s been a tough few days but I know she’d love them. Roses were one of her faves. Thanks @ArenaFlowers.”