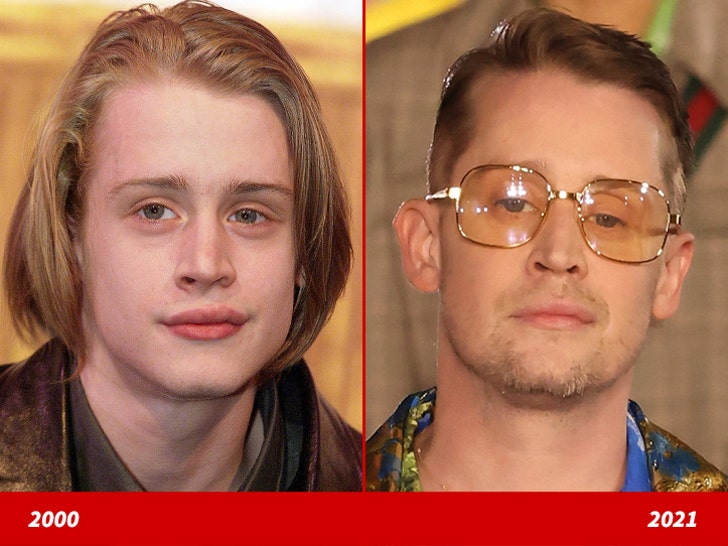 Here’s the 20-year-old version of the child actor doing press for a play in London back in 2000 (left). At the young age of 10, he was already one of the biggest stars for his hilarious antics in the holiday film “Home Alone” and “Home Alone 2: Lost In New York.”

And, 21 years later … The 41-year-old Christmas icon showed off his suave fashion sense in stylish glasses as he strutted down Hollywood Boulevard alongside other huge celebrities during the Gucci Love Parade in Hollywood last month (right).