Machine Gun Kelly is known for his evolving look, but the self-proclaimed “Blonde Don” might have to pick a different title. On Tuesday the 31-year-old musician, whose real name is Colson Baker, took to his Instagram Stories to share a screenshot from a FaceTime video.

The snap is seemingly teasing a collaboration with music video director Cole Bennett, but it was Kelly’s shocking new look that caught fans’ attention.

In the photo, Kelly is shirtless and wearing large statement earrings and a nose ring. But the “Bloody Valentine” singer has also shaved off his long blonde locks for an entirely blonde head. 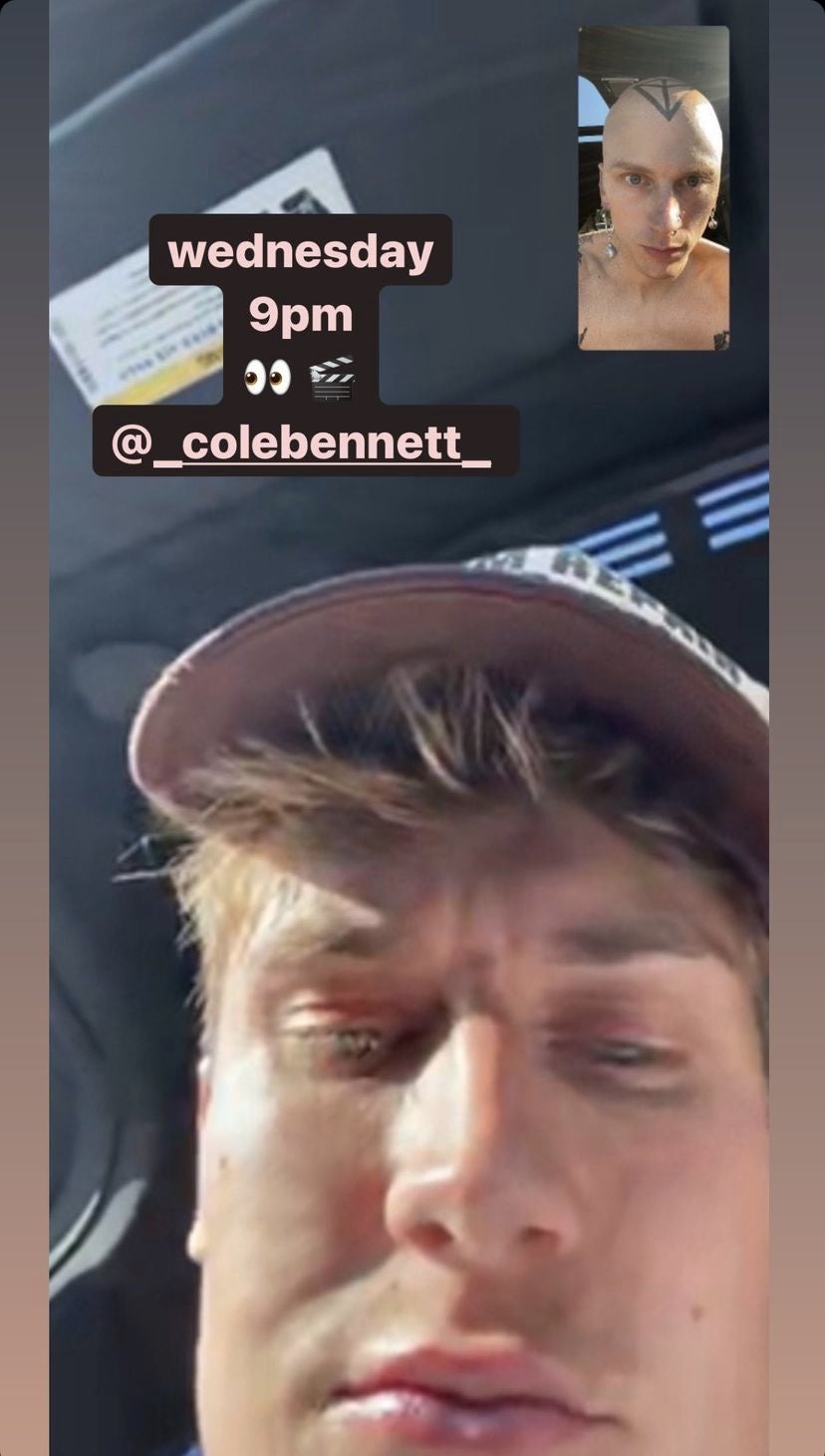 He also has a bold tattoo at the top of his head that looks to be in the shape of a diamond. It’s unclear whether Kelly previously had this tattoo and it was covered by hair or if the ink is new.

Kelly did just get inked with pal and collaborator, Travis Barker. The pair got the phrase, “born with horns” in matching script on their arms, teasing their upcoming album.

“That’s something I started with him just because he’s such a flamboyant dresser that I can’t really pull off just the sweatpants and the yoga gear anymore,” Fox shared. “I have to elevate myself to his level.”