Pre-wedding festivities for Sophie Turner and Joe Jonas have officially begun in the south of France. The couple made a stylish entrance to their celebrations today ahead of tying the knot again this weekend. Family members like Kevin Jonas, Danielle Jonas, Nick Jonas, and Priyanka Chopra were seen with the bride and groom when they arrived to their chateau yesterday, but now that the big ceremony is approaching, more and more loved ones are joining in on the party.

The latest addition to the group is Maisie Williams, Turner’s Game of Thrones co-star, onscreen little sister, and real-life best friend. The 22-year-old actress appeared among the guests arriving to today’s fête, sporting her glossy pink hair and a white short-sleeved dress. 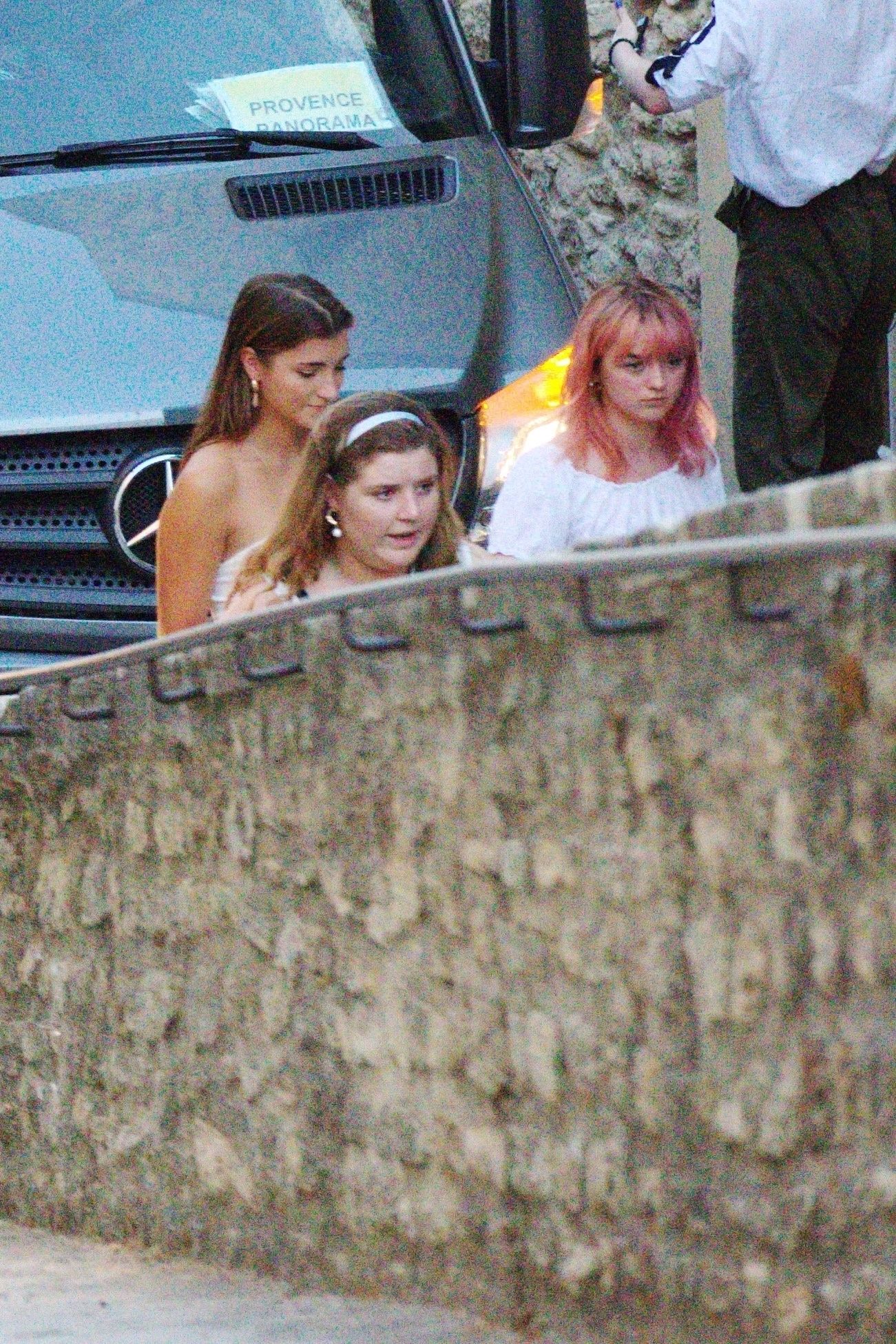 Although GoT ended in mid-May, Williams and Turner were seen together about three weeks ago for the bride’s bachelorette party. The actresses stayed mum about the party on social media, but posts from other guests revealed that the group sipped on champagne on a jet and hung out by the pool in Benidorm, Spain.

Williams already hinted back in January 2018 that she would be involved in the Turner-Jonas nuptials. When one interviewer asked her about whether she’d land the role of bridesmaid, she responded, “Oh, I’ve already got it.” Maisie appeared to be absent during Turner and Jonas’s legal ceremony in Las Vegas in early May, so fans are undoubtedly excited to see her present for the second wedding.

We hope that Williams won’t be the only Thrones star in attendance this weekend. Remember how many cast members attended Kit Harington and Rose Leslie’s wedding last year?