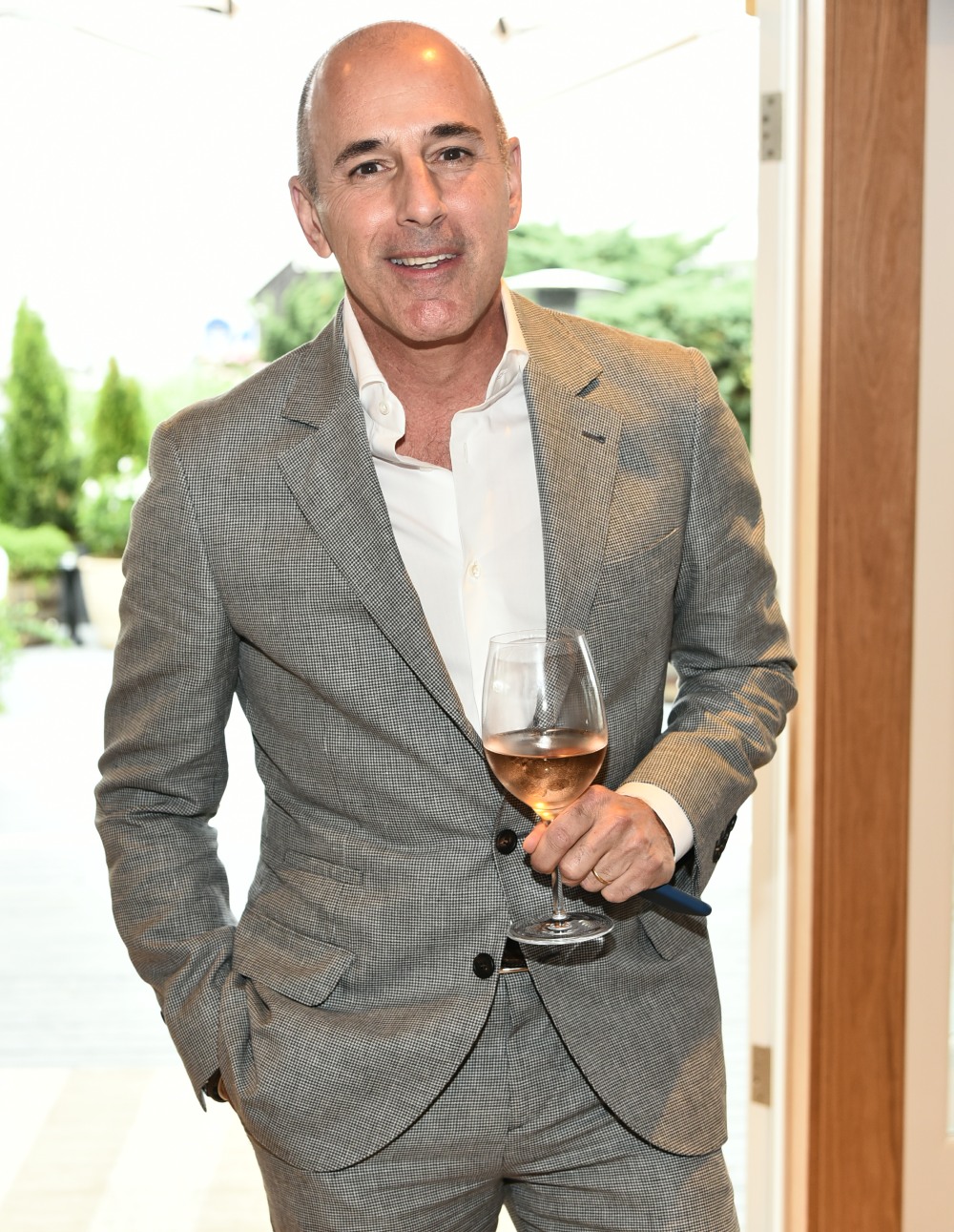 As we discussed, Matt Lauer was fired and forced out of the Today Show after a woman named Brooke Nevils came forward to NBC executives and told them what Lauer had done to her. Those executives then failed to protect her and spent months pushing her out, then they gave her a seven-figure settlement and wanted her to release a statement denying parts of her claim. What was the claim? That Matt Lauer had raped her in his hotel room in Sochi, Russia during the 2014 Olympics. Nevils spoke in detail about what went happened to Ronan Farrow as part of Farrow’s new book, Catch and Kill.

Nevils discusses in detail how she had been drinking with Meredith Vieira and Lauer drank with them too. Nevils was quite drunk when she went to Lauer’s room to retrieve her press credentials, which he had taken as a “joke” (or to lure her there). At some point, he forcibly sodomized her as she repeatedly said no and wept. Then, when everyone returned to New York, Nevils and Lauer saw each other and had an “affair” of some sorts – she felt like he had all the power and that he could destroy her career. Which is true – remember Lauer’s power play in pushing Ann Curry out over NOTHING. Anyway, Matt Lauer has released a slimy and lengthy statement about what went down with Nevils. Hint: in his mind, everything was consensual and he’s, like, the modern Don Draper. You can read the full thing here at Variety. Some highlights:

He claims he & Brooke Nevils had a completely consensual affair: “In a new book, it is alleged that an extramarital, but consensual, sexual encounter I have previously admitted having, was in fact an assault. It is categorically false, ignores the facts, and defies common sense. I had an extramarital affair with Brooke Nevils in 2014. It began when she came to my hotel room very late one night in Sochi, Russia. We engaged in a variety of sexual acts. We performed oral sex on each other, we had vaginal sex, and we had anal sex. Each act was mutual and completely consensual.

Lauer says the first night in Sochi wasn’t abusive: The story Brooke tells is filled with false details intended only to create the impression this was an abusive encounter. Nothing could be further from the truth. There was absolutely nothing aggressive about that encounter. Brooke did not do or say anything to object. She certainly did not cry. She was a fully enthusiastic and willing partner. At no time did she behave in a way that made it appear she was incapable of consent. She seemed to know exactly what she wanted to do. The only concern she expressed was that someone might see her leaving my room. She embraced me at the door as she left.

The affair: This encounter, which she now falsely claims was an assault, was the beginning of our affair. It was the first of many sexual encounters between us over the next several months. After we returned to New York, we both communicated by text and by phone. We met for drinks, and she met me at my apartment on multiple occasions to continue our affair. Our meetings were arranged mutually. At no time, during or after her multiple visits to my apartment, did she express in words or actions any discomfort with being there, or with our affair. She also went out of her way to see me several times in my dressing room at work, and on one of those occasions we had a sexual encounter. It showed terrible judgment on my part, but it was completely mutual and consensual.

He wasn’t powerful enough to get her fired: Brooke now says that she was terrified about the control I had over her career and felt pressure to agree to our encounters after Sochi. But at no time during our relationship did Brooke work for me, the Today Show, or NBC News. She worked for Meredith Vieira (who had not worked for the Today Show in several years) in a completely different part of the network, and I had no role in reviewing Brooke’s work.

He ghosted her & that’s why she’s doing this: I admit, I ended the affair poorly. I simply stopped communicating with her. Brooke continued to reach out. She admitted to NBC at the time she filed her complaint that she called me late at night while I was home with my family in an effort to rekindle the affair. But I attempted to go back to my life and pretend as if nothing had happened. I understand how that must have made her feel. However, being upset or having second thoughts does not give anyone the right to make false accusations years later about an affair in which they fully and willingly participated.

There’s a lot more but I couldn’t contain my bile. I believe Brooke Nevils. I believe Lauer brutally assaulted her in Sochi while she was too drunk to consent, and even then, she verbally said “no” repeatedly. I believe that. Neville also admitted to Farrow that she had an affair with Lauer in New York, and Farrow points out (repeatedly) that this is quite common with rape victims. At no point does Lauer even admit the power imbalance. At no point does he acknowledge his own power within the walls of 30 Rockefeller. At every point, he blames Nevils for EVERYTHING. It’s disgusting.

Also: in the immediate wake of Lauer’s firing in 2017, the New York Times did a story where MULTIPLE women spoke anonymously about Lauer assaulting and harassing them. It’s not *just* Brooke Nevils, although she’s the only one brave enough to put her name to it. Update: Okay, I simply meant to say that Brooke Nevils is brave, it was not my intention to say that other survivors were NOT brave. After reading Lauer’s self-pitying bulls–t, I was just in awe of Nevils for standing up and telling her story. 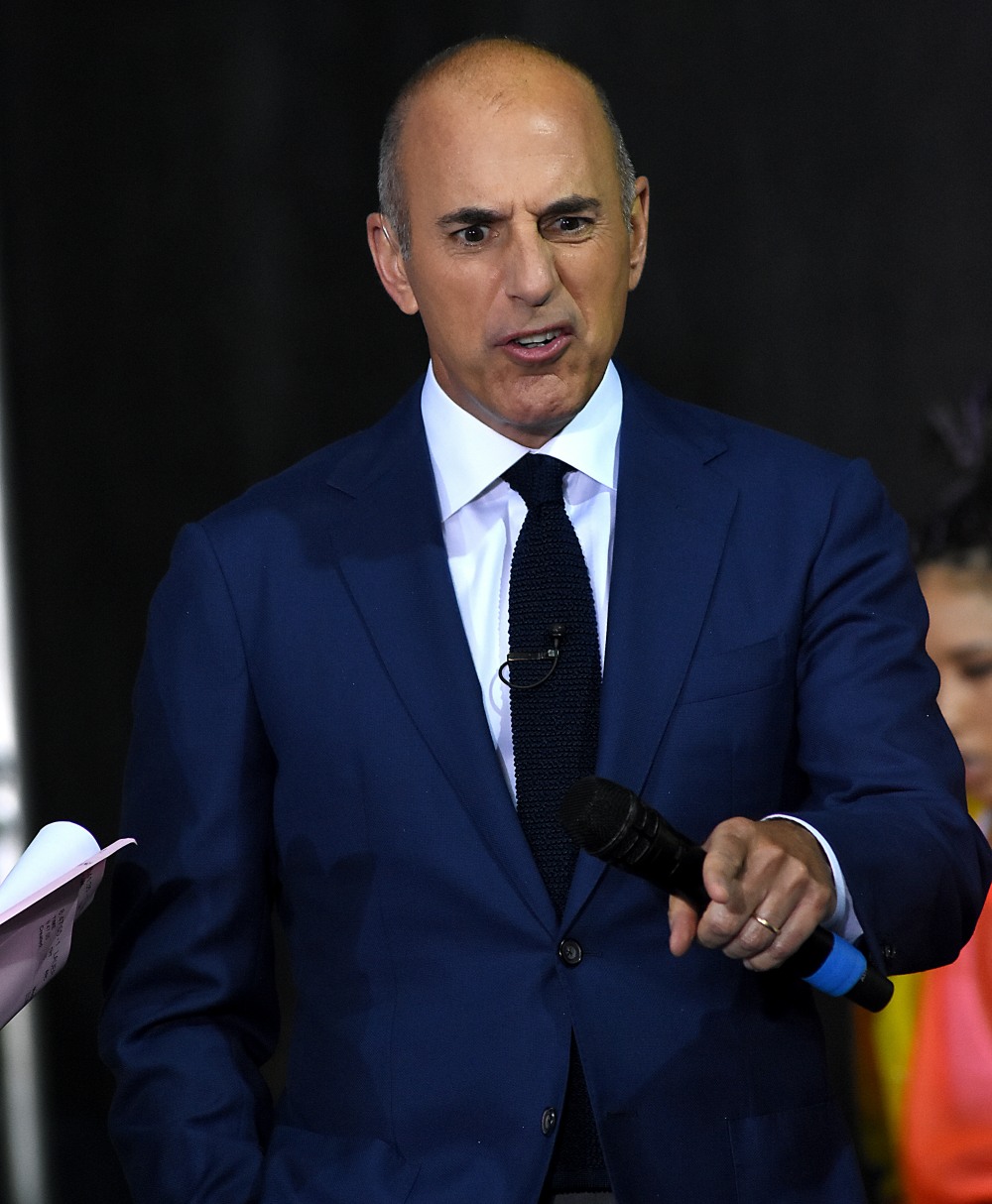