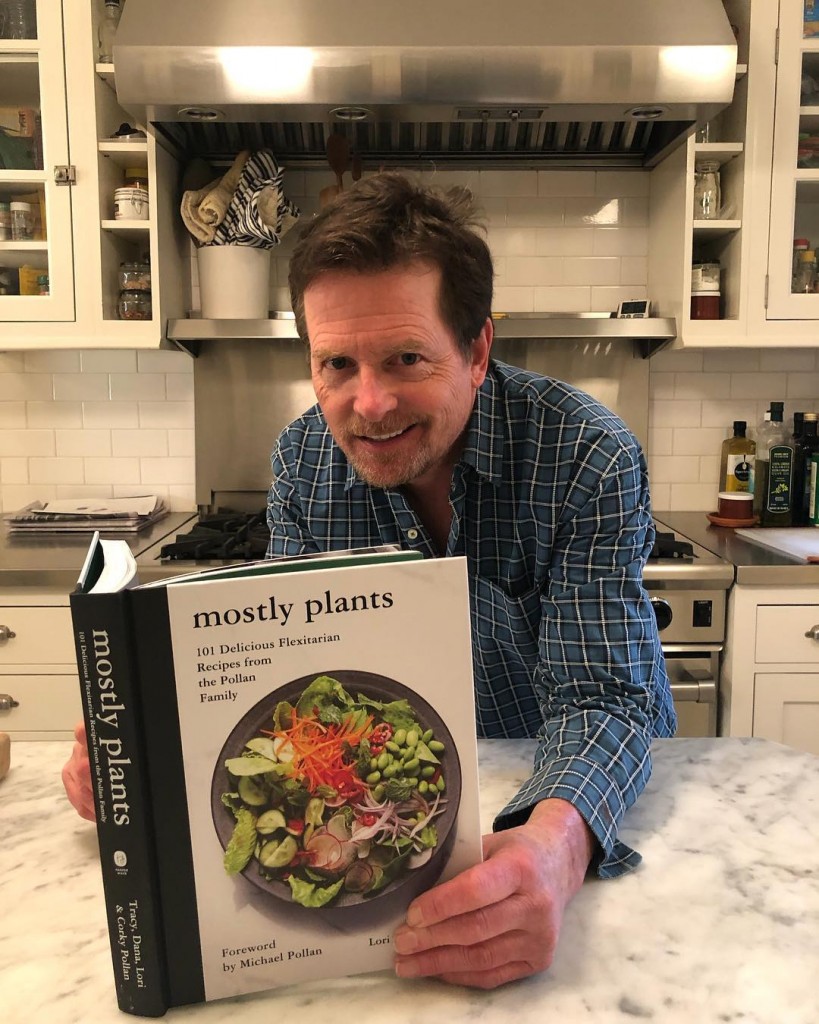 Michael J. Fox is featured in the latest AARP newsletter. I always find it funny when these young guys give an interview for AARP but then they said he’s 60! No he’s not, he’s Alex P. Keaton, perpetually 17. The interview is typical Michael. He’s incurably optimistic, but in an approachable way, not a Pollyanna way. As always, he discusses his Parkinson’s with such honesty, it makes it less scary, even though it’s clearly progressing. As the interviewer states in the beginning, it’s obvious that he has the same wit he always has. Michael acknowledges that there is darkness in life and bad days. He’s not suggesting we brush over that. He promotes acknowledging what’s good and appreciating life.

On Parkinson’s in his life: It’s hard to explain to people how lucky I am, because I also have Parkinson’s. Some days are a struggle. Some days are more difficult than others. But the disease is this thing that’s attached to my life — it isn’t the driver. And because I have assets, I have access to things others don’t. I wouldn’t begin to compare my experience to that of a working guy who gets Parkinson’s and has to quit his job and find a new way to live. So, I’m really lucky.

On gratitude: I started to notice things I was grateful for and the way other people would respond to difficulty with gratitude. I concluded that gratitude makes optimism sustainable.

And if you don’t think you have anything to be grateful for, keep looking. Because you don’t just receive optimism. You can’t wait for things to be great and then be grateful for that. You’ve got to behave in a way that promotes that.

Advice for living with Parkinson’s: Have an active life and do not let yourself get isolated and marginalized. You can live with it. People sometimes say that a relative or a parent or a friend died of Parkinson’s. You don’t die of  Parkinson’s. You die with Parkinson’s, because once you have it, you have it for life — until we can remedy that, and we’re working hard at it. So, to live with it, you need to exercise and be in shape and to eat well. If you can’t drive, find a way to get around. Maintain friendships. Don’t say, “Oh, I don’t have anything to say to Bob.” Bob might have something to say to you. Just make the call.

Michael talked a lot about his career in the interview. It was fun to relive all those roles with him. He has such a healthy perspective about what his work means to others and to him, including once it changed with his disease. I really appreciate his comments on gratitude. I don’t know that I am always as good about being grateful as I should. I love the concept that “gratitude makes optimism sustainable.” I think I’m pretty good about finding things to be grateful for, but I’m not vocal enough about my gratitude. I think that’s what I need to promote. That’s hard for me because I keep all my emotions close to the vest, but I need to be more open about that. I also felt Michael’s advice for living with Parkinson’s was generally good life advice. After the past two years of being isolated, I’m trying very hard to reach out more. Not just to send the text or place the call, but to say something of value to those I love. A lot happened. I forget that people who love us want to know.

Something else Michael discussed in the interview was how technology was failing him and others with physical challenges. He specified the voice technology. The tremors associated with Parkinson’s make texting and typing impossible sometimes, so he relies on voice to text. But due to his voice quirks also associated with Parkinson’s, the texts will read wildly different from his comments and it’s frustrating, especially because he has no way of correcting it. Again, these are things I never would have thought of but it’s critical for quality of life for those who have Parkinson’s. And with his platform, he can amplify that need. Michael’s done so much for those around him. I hope he knows how grateful we are for him.