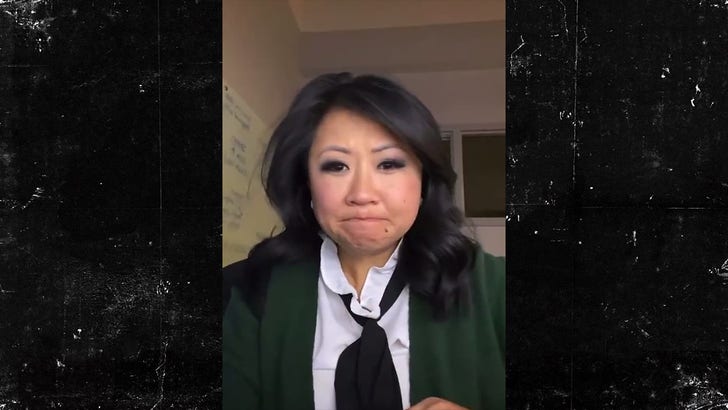 A news anchor made a reference to her Asian heritage during a New Year’s broadcast, which drew the ire of what sounds like a good old-fashioned Karen … who called in to complain.

Reporter Michelle Li of NBC affiliate KSDK in St. Louis posted a video of herself listening to the disgruntled viewer at home, who seems to have phoned the station to criticize Li’s mention of dumplings while she was talking about go-to New Year’s Day grub.

Li was plugging food like cornbread, black-eyed peas, pork and other greens — delving into the metaphysical significance of each … kinda like an astrology reading of sorts.

Once she’d finished, she added a fun line … “I ate dumpling soup. That’s what a lot of Korean people do.” She later wrote, “It’s subtle but people do notice! Something small but representation matters… we are not all eating cornbread, my friends… though it is delicious.”

Apparently, though, that quip pissed off one woman who dialed in and left a VM … saying she didn’t appreciate Li’s explicit mention of her culture, calling it “very Asian” while adding … “She can keep her Korean to herself.”

The argument this woman was making … a white anchor plugging food that they/white people liked to eat on NYD, specifically, would be considered offensive — and this lady was speaking about a hypothetical double standard she preemptively perceived.

In any case, Li is now getting an outpouring of support from several different colleagues in the field — including Asian journos, who are giving her props for sharing her story.