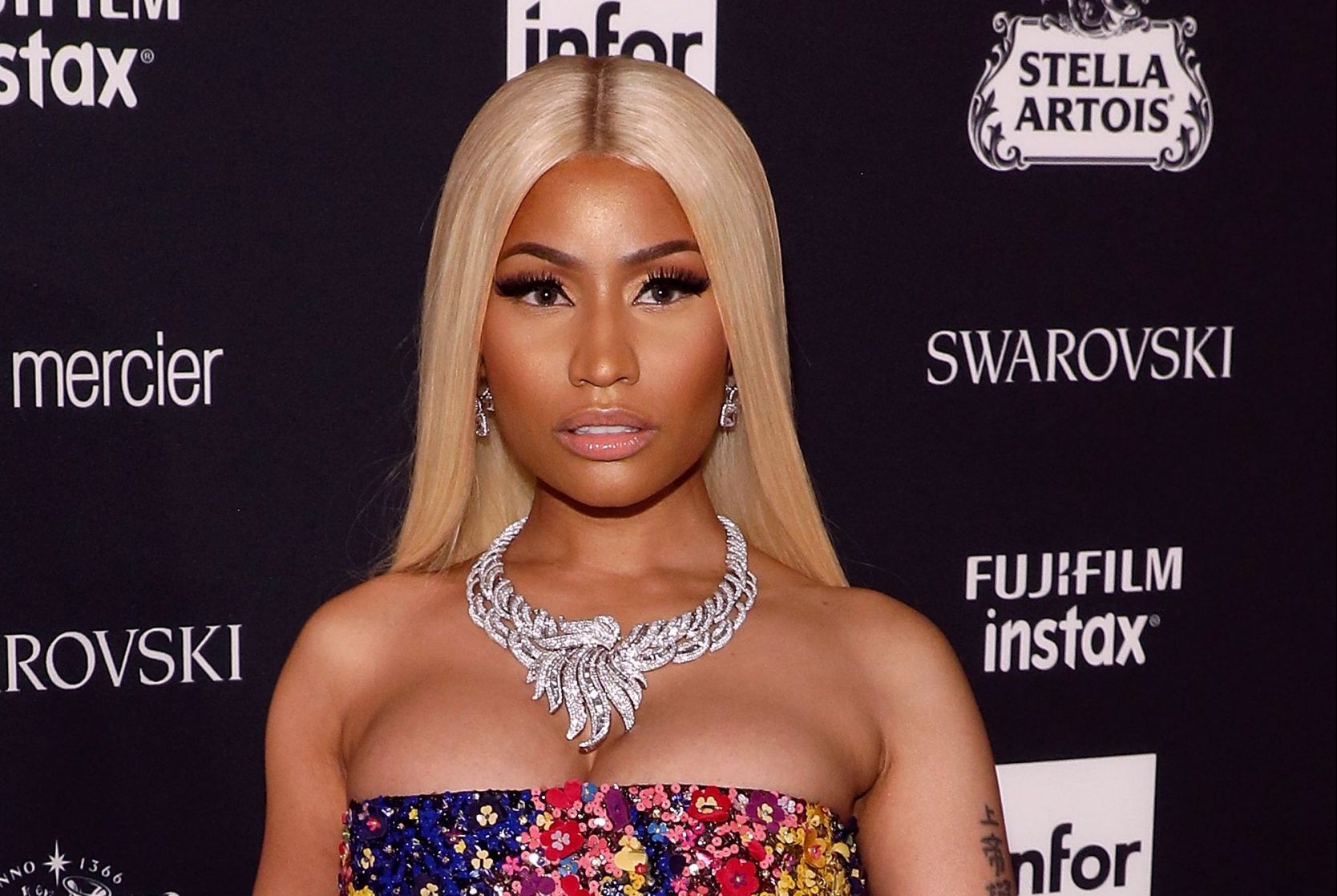 Nicki Minaj has gone in to bat for Britney Spears, after her ex-husband Kevin Federline revealed his kids with the pop star haven’t seen their mum in months.

Former dancer Kevin, 44, who was married to Britney, 40, for three years, recently spoke about his ex and said their sons, Sean Preston, 16, and Jayden James, 15, made their own decision to stop seeing her a few months ago due to being ‘embarrassed’ by her nude social media photos.

After Britney reacted to Kevin’s comments, fellow pop star Nicki has slammed Kevin – who was married to Britney between 2004 and 2007 and was awarded full custody of their sons after their split – as a ‘clown’ and said only ‘cowards’ tear someone down through the press.

On an episode of her Amp radio show, Queen Radio, Nicki went in: ‘Do you understand what kind of a clown you have to be to be — a whole, grown f***ing man, and as soon as you see somebody happy and getting married and moving on and being free and feeling good in their own skin, to do the very thing that you know is going to attempt to break them down? Going to the media?’

Insisting Britney ‘loves her kids more than life itself,’ Nicki continued on the live-stream: ‘Only cowards use the media against a famous person who they once loved, they procreated with, they’re being taken care of by, they once were being taken care of by using the person’s fame as this constant ‘gotcha’ moment… And you think you not gonna have f**king karma from it? You think it’s ok? You think that anybody is gonna feel sorry for you?’

The comments themselves are one thing, but the reaction fans have had towards Nicki’s support is a whole other conversation.

Many felt it was a case of ‘queens defending queens’, with a fan page chiming in: ‘thank you nicki minaj for standing up for britney spears. as someone who knows the struggle of being famous, I appreciate you speaking out.’

Sharing images on Twitter, another wrote: ‘The way Nicki is always uplifting and supporting Britney is so cute 🥺 I love them.’

And of course one suggested a collab between the two stars was on the way, writing: ‘Woke up to nicki minaj defending britney and finding out they’ve been speaking in private recently, OMG BRITNICKI IS COMING.’

Britney and her new husband Sam both fired back at Kevin in Instagram posts, with the pop star saying she was ‘saddened’ that her ex would air their issues publicly, while her fitness trainer husband said there was ‘no validity’ to Kevin’s comments.

She posted a now-deleted Instagram post explaining why she thinks Sean and Jayden have stopped visiting her, writing: ‘I have love in my home and I have blessings from the people I allow in and out of my home.

‘I looked forward to seeing my kids every week… It was 2 days a week but I asked him to ask to stay for more days…. maybe 3… but then the next week they stayed for only one day.

‘It hurts and I want to scream!!! I can’t process how I dedicated 20 years of my life to those kids… everything was about them!!! For them to knock the breath out of me.’

The pop star continued: ‘The teenage age is weird, I don’t know what’s going on in their heads!!! … I always TRIED and TRIED, and maybe that’s why they stopped coming here!!!

‘I wanted them to love me so much that I might have overdone it!!! This summer, they told me “we may come here less” and I was like that’s fine. I called they dad and I told him that it seems the boys are wanting to stop coming here as much, which I get because they have their own thing going on but I feel like they are being pretty harsh!!!

‘His words were “I would never let them make that decision on their own… I would never do that to you”!!! Well after that, I haven’t seen them since!!!’

Amid the drama, an Instagram account said to belong to Kevin shared two videos allegedly of Britney arguing with their sons, claiming that the boys gave him permission for the footage to be made public.

Kevin captioned the now-deleted posts: ‘I cannot sit back and let my sons be accused in this way after what they’ve been through. As much as it hurts us, we decided as a family to post these videos.

‘This isn’t even the worst of it. The lies have to stop. I hope our kids grow up to be better than this.’

In one of the clips, which appear to be filmed by the teenagers, Britney said: ‘This is my house. If I want to come in here and give you lotion for your face because it’s coarse … y’all better start respecting me, are we clear?’

She added: ‘You all need to start treating me like a woman with worth. I am a woman, okay, be nice to me, do you understand?’

Another clip features a row taking place inside a car, in which Britney allegedly said: ‘Have you lost your f*****g mind?