The Australian star played Sandra Dee ‘Sandy’ Olsson in the 1978 musical about teenagers embroiled in the ups and downs of a High School romance. The film, which starred John Travolta as ‘bad boy’ Danny Zuko, brought in a whopping $160million (£125million) during its first year. Newton-John, who celebrates her 72nd Birthday today, revealed the brutal reason behind why she never took part in the sequel.

‘Grease’ enamoured audiences. During its opening weekend it brought in $9.3million (£7.3million) in box office sales and in its first year sold 13 million copies from four Billboard Top 10 singles.

It remained the highest-grossing movie musical of all time for three decades until it was knocked off its perch by the 2008 star-studded flick ‘Mamma Mia’.

Despite its undeniable success, the much anticipated ‘Grease 2’ was panned by critics who dubbed it a flop and the film barely made back its budget – which was double the cost of the original.

When asked what she thought about the 1982 sequel, Newton-John frowned, sighed and smirked before she exclaimed: “Not a lot!”

She recalled her interaction with the ‘Grease 2’ team during a 2016 interview on the Bravo TV series ‘Watch What Happens Live’. 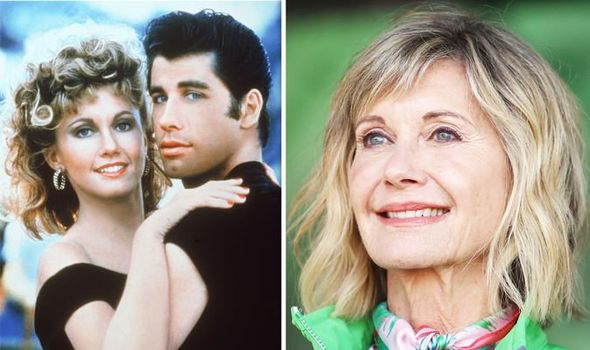 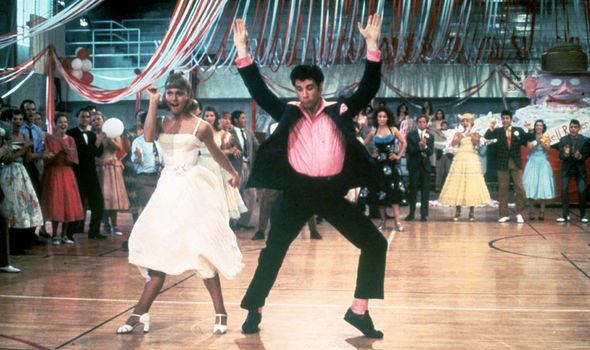 Newton-John said: “I kind of remember they did ask us, I think they approached John and I to do it and then it didn’t happen.

“I didn’t think it was gonna happen and then they made it with other people, so that’s my memory of it.”

It was set two years after Danny, Sandy and the rest of the T-Birds and Pink Ladies graduated from Rydell High school.

The film starred Michelle Pfeiffer, as the leader of the Pink Ladies, alongside Maxwell Caulfield as an English exchange student – the cousin Newton-John’s character.

While other ‘Grease’ alumni reprised their roles in the sequel, Travolta and Newton-John were not featured.

The actress wasn’t impressed by the film – but interestingly, seemed to approve of ‘Grease LIVE!’, a TV special that starred Julianne Hough as Sandy alongside Vanessa Hudgens and Aaron Tveit. 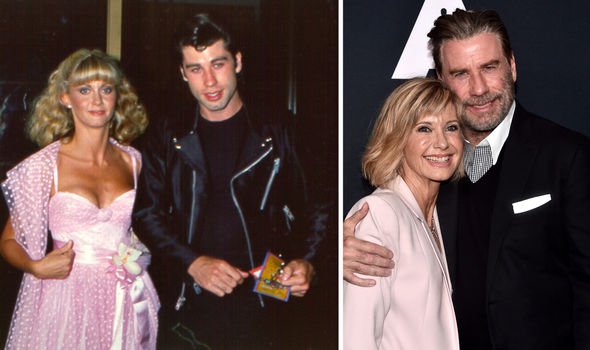 Before the show aired four years ago, she was asked for her final opinion and gave her blessing – when asked about it, she claimed to have “liked it” and thought “it was fun”.

The actress recalled fond memories of ‘Grease’, and she said: “We were all in our late 20s and 30s, but we felt like we were teenagers.

“I think the whole thing was a lot of fun from beginning to end. We had a great energy.”

In a candid confession to The Fix in 2012, Newton-John admitted that part of their success on the film was that she and Travolta “both had a crush on each other”.

She remembered the first time she met him in real life, when he walked up her Malibu driveway, to convince her to audition for the part.

Newton-John said: “He had these bright blue eyes, which he still has, and I was captured by him.

“He was so sweet and nice, and I was very nervous about making a movie and he convinced me that yes, I should do a screen test

“We did the screen test and it was great and here we are!”