The broadcaster, 54, aimed a cheeky warning at the former Special Forces solider, 38, ahead of Soccer Aid 2019. Piers Morgan’s Twitter takedown came after Ant Middleton shared a picture of the squads with his 249,000 Twitter followers and spoke about his pride to be playing for England in the charity match. “An absolute honour and privilege to be representing my country once again,” he tweeted. “FIGHT TILL THE DEATH. OK Ant… calm down,” he joked, adding: “May the best team win.”

Spotting the post, Piers shared it with his own 6.6 million Twitter followers, quipping: “No rough stuff, Middleton, or I’ll be compelled to neutralise you… #WorldXI.”

Piers is joining forces with Harry Redknapp, 72, in a bid to manage the World XI side to victory and is therefore hoping to beat Ant’s team when they take to pitch at Stamford Bridge next weekend.

Meanwhile, his Good Morning Britain co-host Susanna Reid, 48, will be in charge of the England squad, alongside Sam Allardyce, 64.

Playing for the rest of the world are: Chelsea legend Didier Drogba, 41, Usain Bolt, 32, One Direction’s Niall Horan, 25, and Line of Duty actor Martin Compston, 35.

During an appearance on This Morning earlier this year, Ant said he was looking forward to taking part. 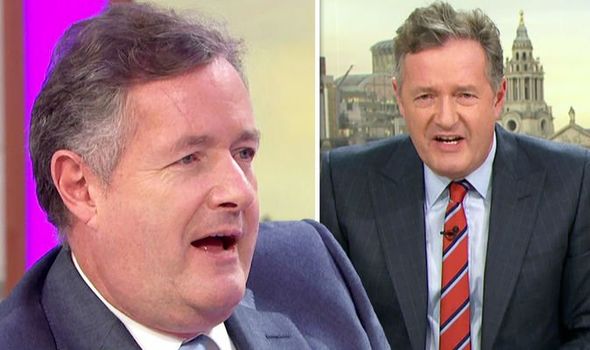 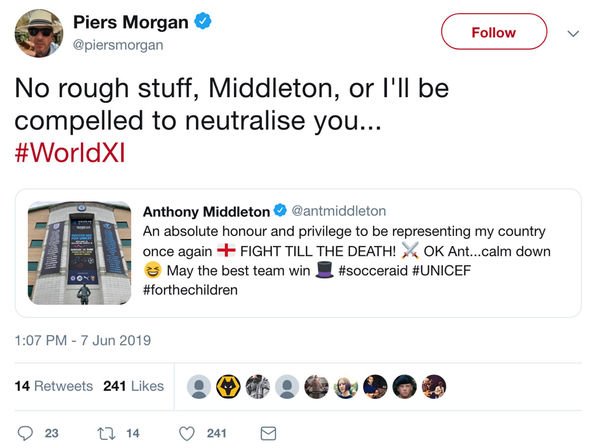 “I’m so excited about it,” he said, adding that his children were also excited to see their dad playing England in the charity event, in aid of UNICEF.

Piers sounded confident about his abilities in leading the World XI to victory, previously saying: “Given my football expertise, it is surprise [they] took so long to ask.

“I just hope Gareth [Southgate] is watching so he can pick up a few tips,” he joked.

On GMB, he told his co-star Susanna: “It’s going to be war.” 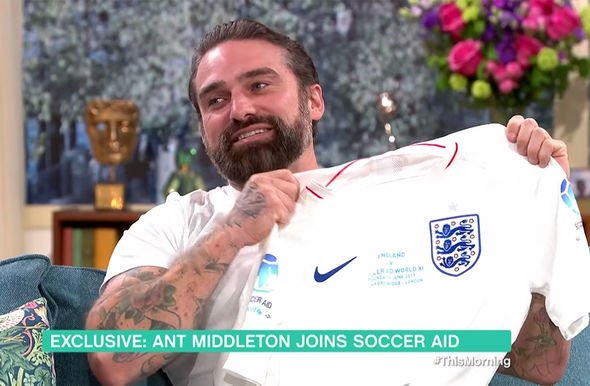 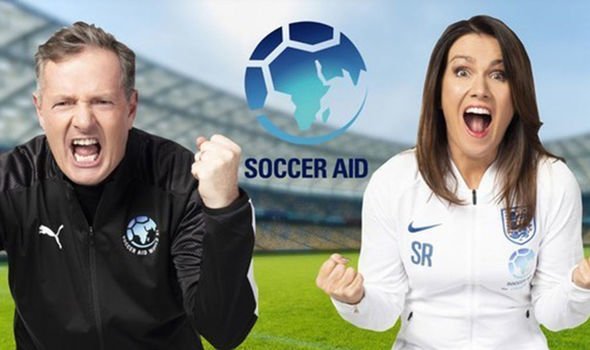 Susanna, meanwhile, said: “I have the added bonus of going head-to-head against Piers Morgan — what more motivation to win does our team need?”

Tonight, the presenter will sit down to interview Michael Barrymore, 67, in what Piers told Twitter followers would be “the most dramatic Life Stories show of them all”.

“I say it’s the most raw, emotional and dramatic show in Life Stories history,” he insisted.