Prince George made his way to Wembley Stadium to cheer on the English soccer team once again. The 7-year-old prince attended the Euro 2020 Final today alongside his parents, the Duke and Duchess of Cambridge.

The young royal wore a navy suit, a blue shirt, and a red striped tie, similar to his last appearance at a Euro match. Prince William, who is President of the Football Association, wore coordinating hues with his son once again. Duchess Kate wore a white blazer and top and eye-catching red earrings from London designer Blaiz. The Duchess of Cambridge’s outfit was a tribute to the red and white of England’s flag. 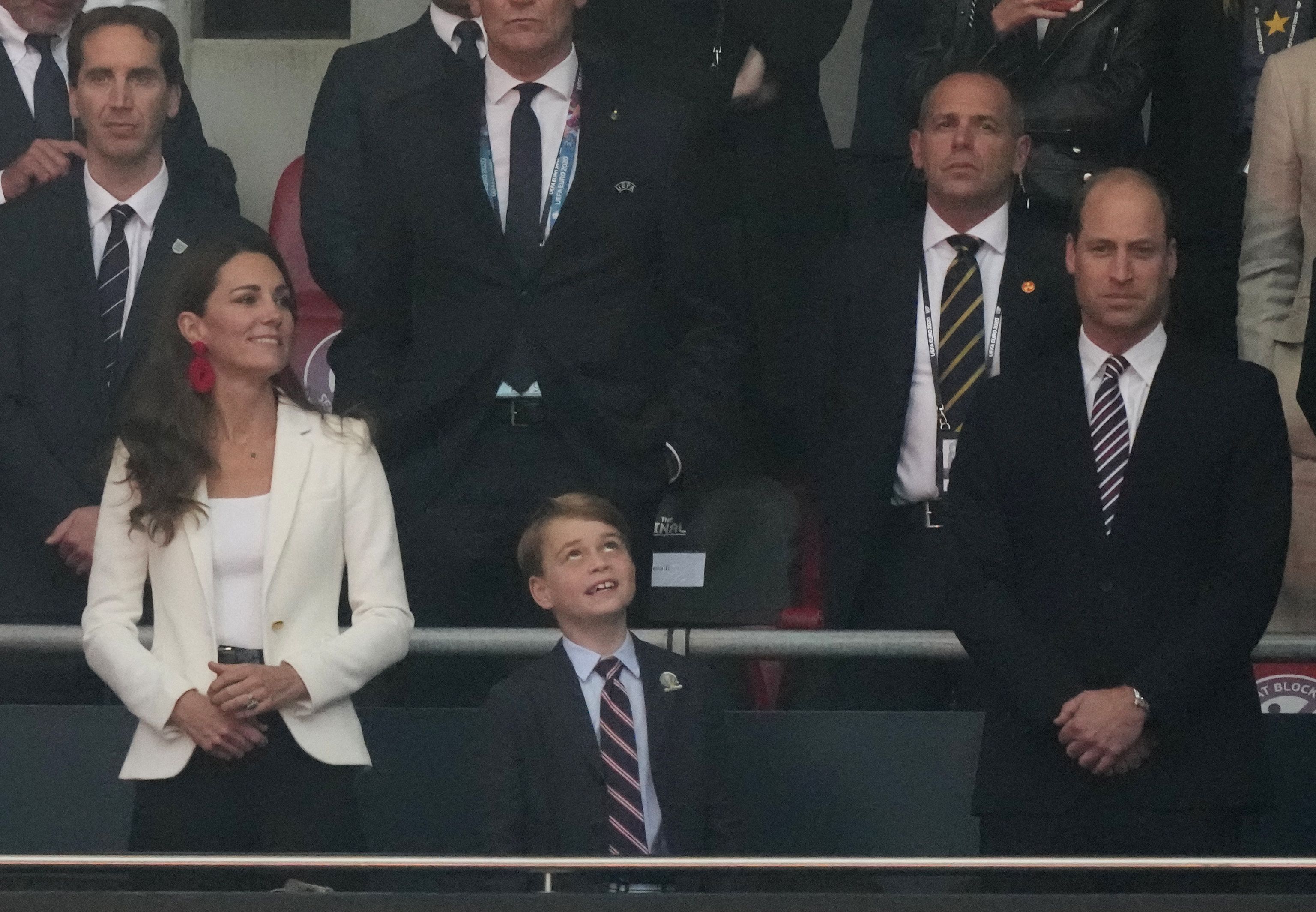 Prince George attended the match between England and Germany alongside his parents last month. England’s team won that match against their biggest rival, and the seven-year-old may serve as a lucky charm for today’s match.

Several members of the royal family sent their best to England’s team ahead of the final. Her Majesty Queen Elizabeth shared a personal message to team manager Gareth Southgate yesterday, ahead of England’s first final appearance since 1966.

“55 years ago I was fortunate to present the World Cup to Bobby Moore and saw what it meant to the players, management and support staff to reach and win the final of a major international football tournament,” Her Majesty said.

“I want to send my congratulations and that of my family to you all on reaching the final of the European Championships, and send my good wishes for tomorrow with the hope that history will record not only your success but also the spirit, commitment and pride with which you have conducted yourselves,” she added.

The Duke of Cambridge also shared a video message to England’s team on Instagram. “To every member of the England team on and off the bench, just want to wish you the very best of luck for tonight. What a team performance it’s been. Every member of the squad has played their part. All the background team has well have been truly essential,” he said.

Princess Eugenie also celebrated today’s match in style. She shared an Instagram story of her son, August, dressed in an England sleepsuit. The clip was soundtracked by the song “Three Lions (Football’s Coming Home),” which was released in 1996 to celebrate the England soccer team hosting that year’s European Championships. 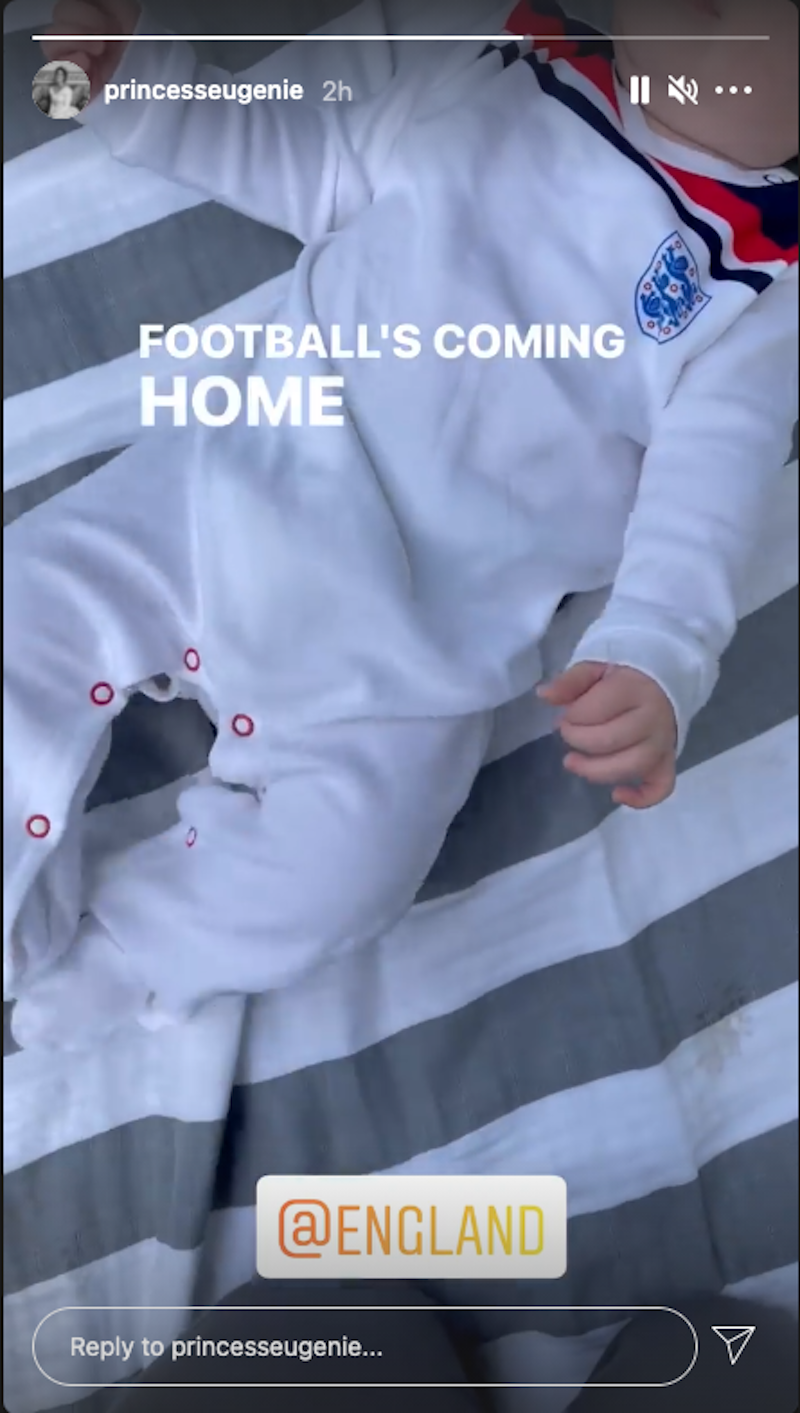