Family first! Prince Harry has met Princess Eugenie’s newborn son, August, upon his return to the U.K. for their grandfather Prince Philip’s funeral, a source exclusively tells Us Weekly.

The Duke of Sussex, 36, was introduced to his cousin’s little one, who she shares with husband Jack Brooksbank, while staying at Frogmore Cottage, the insider explains.

Us confirmed earlier this week that Harry has been quarantining at the U.K. property, which he and wife Meghan Markle were gifted by Queen Elizabeth II in 2018, since arriving in town following the Duke of Edinburgh’s death on Friday, April 9. Philip’s memorial service is set for Saturday, April 17. 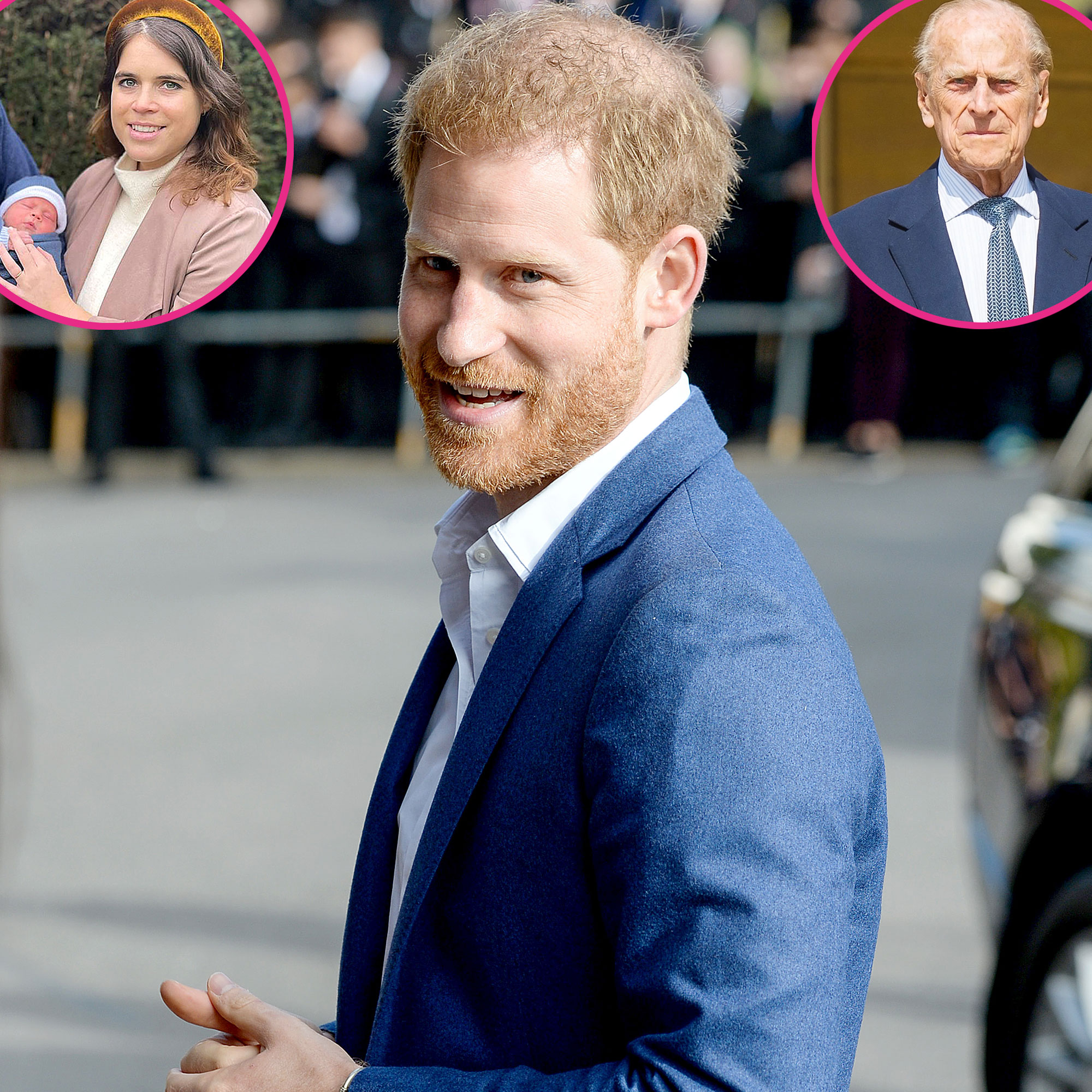 The youngest daughter of Prince Andrew and Sarah Ferguson, gave birth to son August Philip Hawke, whose middle name is a nod to the late royal, in February. The couple brought their baby boy home to Harry and Meghan’s English estate after moving in three months prior. The former military pilot and his wife, 39, relocated to the U.S. with son, Archie, 23 months, following their royal step back in March 2020.

“Frogmore Cottage continues to be [the couple’s] residence in the U.K. and they are delighted to be able to open up their home to Princess Eugenie and Jack as they start their own family,” royal reporter Omid Scobie tweeted in November, quoting a Sussex source. “They have not moved out and will still stay at the house during U.K. visits.”

Harry has always been particularly close to Eugenie, 31. The duo are two of eight grandchildren Philip shared with the queen, 94. The former British Royal Navy cadet also shared 10 great-grandchildren with the monarch.

“Out of all the Queen’s grand-children, Harry and Eugenie have one of the most natural connections,” authors Scobie and Carolyn Durand explain in the book Finding Freedom. “Like Harry, Eugenie is loyal, honest and great fun. The two had many nights out together in London.”

The authors noted that Harry “always confided” in Eugenie about his romantic life and has consistently trusted her.

A source exclusively told Us in February that Eugenie’s close bond with her cousin has helped cement a friendship with Meghan as well. The Hauser & Wirth director has “stayed friends and remains friends” with the former Suits actress, who is currently pregnant baby No. 2, since the Sussexes’ move stateside.

“They are sort of an unlikely pair, but remain in contact,” the insider added. “They bond[ed] over their pregnancies.”

Buckingham Palace confirmed the same month that Harry and Meghan won’t be returning as working royals. “Eugenie is really the only member of the royal family that Meghan is still close to,” the source told Us at the time.

Harry previously planned to return to the U.K. in July to honor his late mother, Princess Diana, at the unveiling of her statue, but opted to fly solo earlier this month to be with family in the wake of Philip’s death.

A source told Us earlier this week that Meghan was unable to “receive medical clearance from her physician” to travel with her husband because she’s nearing the end of her pregnancy. The couple haven’t been to England in more than one year.

Royal Family: Meet the Next Generation

Harry’s arrival across the pond also marks the first time he’s seen his family, including father Prince Charles and brother Prince William, since the California-based pair’s explosive tell-all interview aired last month. During the sit-down, they claimed that Meghan faced racism from the British press and was not supported by The Firm after she experienced suicidal thoughts in 2019. Despite the high tensions within the royal family, Philip’s funeral may bring a temporary peace to everyone.

“For the period that Harry is [in England], they will very much put their differences behind them,” author Ingrid Seward exclusively told Us on Tuesday, April 13. “I think that Harry will want to get back to Meghan as soon as the funeral is over … so he won’t have a great deal of time to be in a potentially embarrassing situation with his family.”