Kate Middleton and Prince William’s extremely sweet daughter Princess Charlotte is starting school at St Thomas’s Battersea on Thursday, and a) there will probably/maybe/hopefully be a fleet of cute photos, and b) she’s going by a completely different name.

Charlotte’s full name is Charlotte Elizabeth Diana, but the world obviously knows her best as Princess Charlotte. How-ev-er, rolling up to your first day of school and asking all your classmates call you “princess” isn’t exactly a great look, so Charlotte understandably will not use her royal title while at St Thomas’s Battersea. 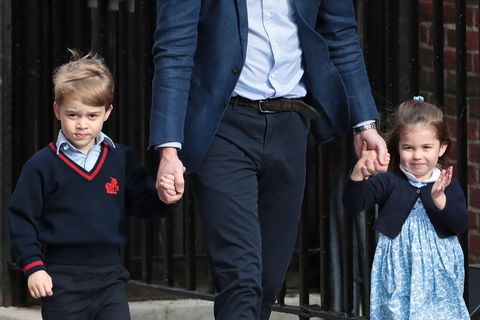 Instead, multiple outlets report that she’ll go by Charlotte Cambridge (as in, the Duke and Duchess of Cambridge). This tracks, since her older brother George apparently goes by George Cambridge, and both Prince William and Prince Harry went by William and Harry Wales while they were in school.

In other news, George is expected to look out for his little sister as she gets used to being in school full time, with royal biographer Penny Junor telling Hello (via The Daily Mail), “Prince George is a very protective and lovely older brother. I’m sure he’ll look after his little sister and take great pride in showing her the ropes.”