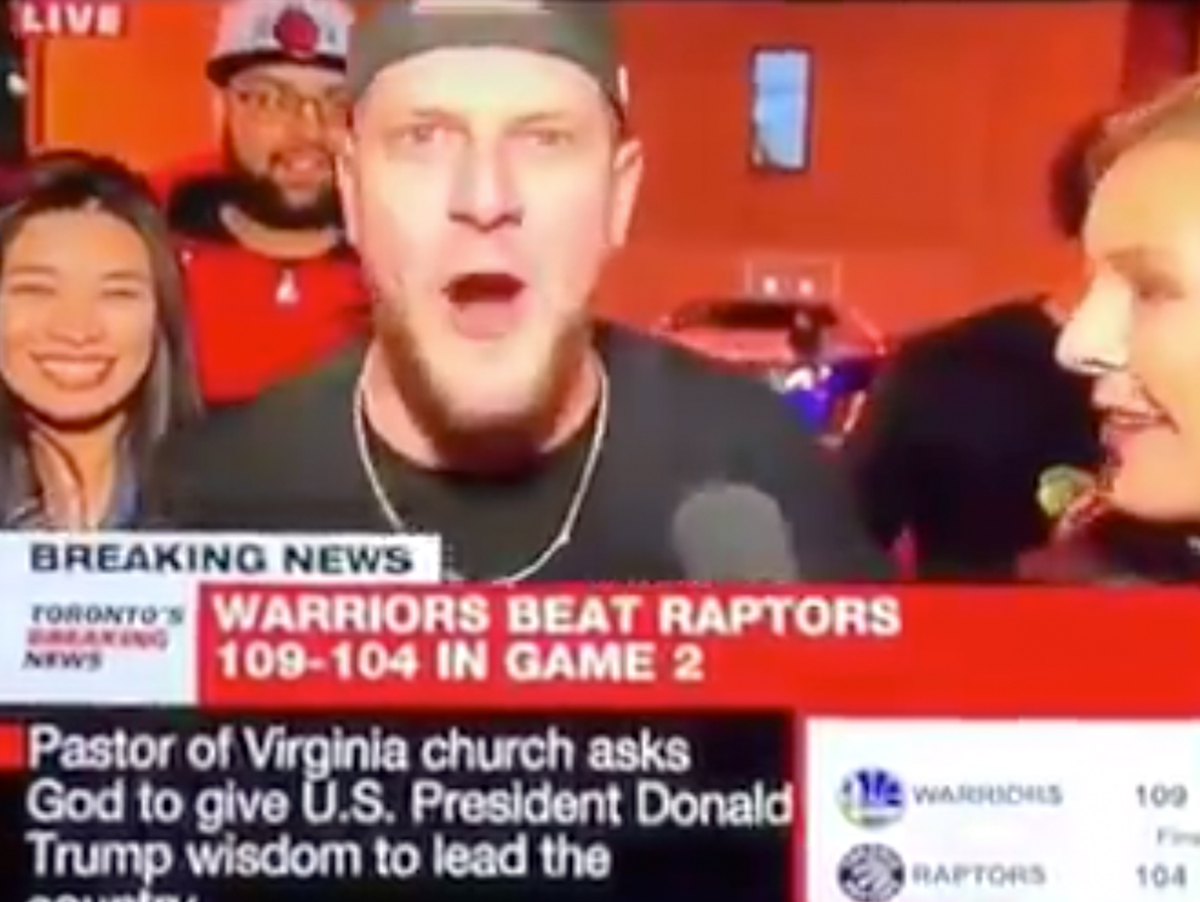 Cops in Toronto have arrested the moronic Raptors fan who went on a live TV news broadcast and said he was going to “F**k” Ayesha Curry.

The incident occurred on June 2 following the Raptors loss to the Golden State Warriors in Game 2 of the NBA Finals … a game in which Ayesha’s husband, Steph Curry, dropped 23 points and 4 assists.

A CP24 news reporter in Canada was interviewing Raptors fans during a live news broadcast after the game to get their reactions when 28-year-old Tristan Warkentin stepped up to the mic.

When asked what it was like to be at the stadium for the game, Warkentin responded … “The vibe was unreal and I just want to let everyone know Ayesha Curry we’re gonna f**k her right in the p**sy.”

The Toronto Police Service says Warkentin was arrested for criminal mischief since he knew his comments would air on live TV.

A court date has been set for July 11.

After the incident, Warkentin said he had been receiving death threats because of his comments.

He also told the Toronto Sun, “I’m not in a position to defend myself in terms of what happened. I am sure you understand the influence of alcohol.”

“What I did was disgraceful; it was an alcohol-influenced situation … To be honest I don’t even remember being there but I am responsible for my own actions at the end of the day” and “am not sitting here claiming victim.”

Warkentin also says he plans to apologize to Ayesha Curry.