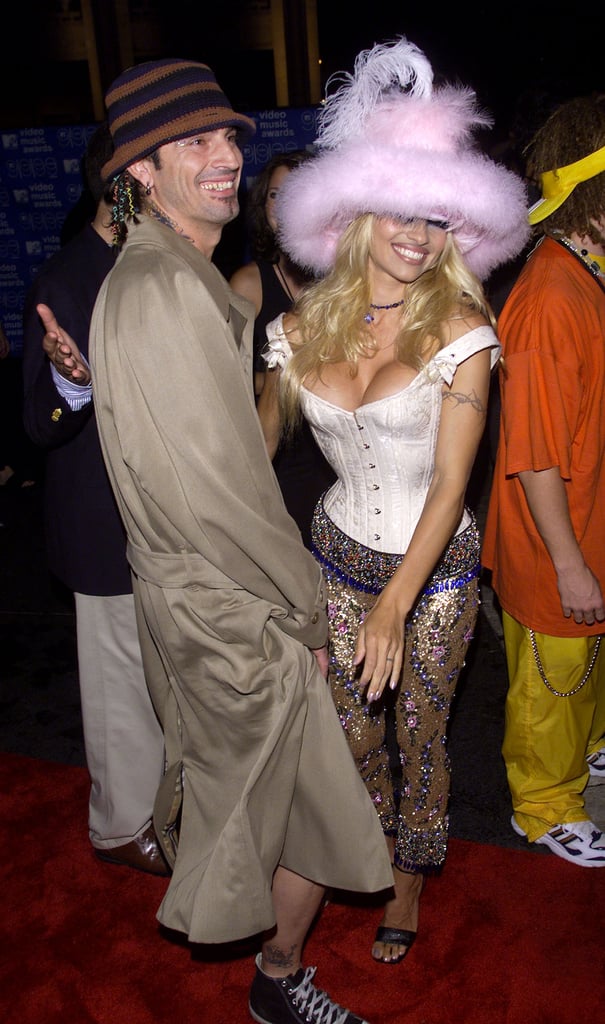 In the mid-’90s, Pamela Anderson and Tommy Lee were the It couple everyone couldn’t stop talking about. From their public displays of affection to a stolen and leaked sex tape that went viral, it’s no surprise that the former couple’s salacious love story is now heading to the small screen. On Feb. 2, Hulu will premiere a new limited series titled “Pam & Tommy”, starring Lily James and Sebastian Stan as the infamous pair. In anticipation of the Hulu premiere, let’s briefly revisit Anderson and Lee’s relationship timeline, shall we? In February 1995, the “Baywatch” star and Mötley Crüe drummer wed in Cancun, Mexico, after only knowing each other for four days, even getting each other’s names tattooed on their ring fingers. They welcomed their sons, Brandon and Dylan, in June 1996 and December 1997 respectively. Anderson and Lee went their separate ways in 1998 only to reunite a decade later in 2008. Unfortunately, they split again in 2010. Ahead of “Pam & Tommy,” be sure to check out photos of the real-life couple.