Denise Richards is back on the defensive with another outright denial of her infamous alleged lesbian affair with Brandi Glanville.

In a recent interview with The Talk on Tuesday, the 49-year-old reality TV star addressed the salacious rumor about the two that has been circulating for months and gained traction again this week after her Real Housewives of Beverly Hills co-star shared a photo to her Twitter account that appears to show her kissing Richards.

During the appearance, Richards said Glanville said knows her “truth” and she’s eager for fans of the Bravo hit show to get the full story throughout season 10 when it eventually airs:

“I love for things to play out on television instead of social media, but the stuff that’s been out there, I have been through it in the media with different claims being made. So for me, personally, this is like kindergarten. I’m, like, ‘Well, whatever, we’ll just let it play out on the show.’ It is what it is.”

But is that you in the photo, gurl? We need to know!

She continued without mentioning the validity of the shot, but noted that she’s got her husband Aaron Phypers‘ full support throughout all of this drama:

“People are always going to say stuff, and I know my truth, my husband does — it is what it is. I’ve had so much stuff said over the years about me and my family, and this is like nothing compared to some of the things that have been said.”

Well, we wouldn’t exactly call this “nothing,” would we? Especially not after the 47-year-old Bravolebrity shared that steamy kissing photo and expertly trolled the situation while she was at it. For those who missed it, it’s definitely worth checking out for yourself!

As all of you RHOBH fans know, a source previously spoke out about the pair’s alleged hookup, suggesting not only did it happen, but it happened several times and was “never serious, but that they had fun.” Since then, Richards has also gone out of her way to not only deny claims of the affair but also the idea that she and Phypers have an open marriage, too.

Even still, Denise insisted she has no regrets about joining and staying with the hit franchise:

“My first season, I loved filming with the women. I had a great time getting to know them. We are very blessed and very lucky being on this show and part of it. I don’t regret it.”

We’ll see if the starlet still feels the same once everything is truly out in the open! 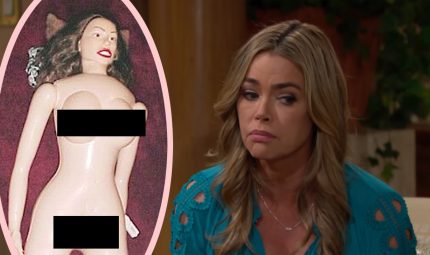 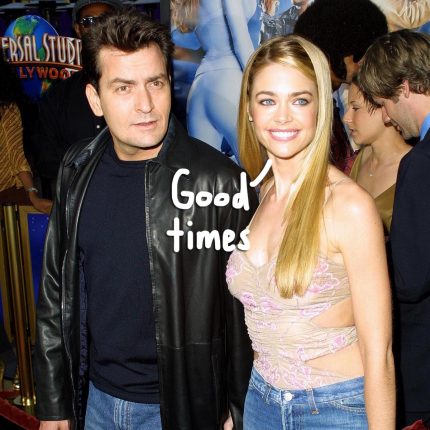