In a belated Martin Luther King holiday post, Rihanna shared touching photos from a summer visit to the Memphis motel where the civil rights leader was assassinated.

Rihanna has revealed that she made a secret trip to Memphis, TN over the summer of 2020 to the exact spot where civil rights leader Dr. Martin Luther King Jr. was tragically gunned down on April 4, 1968. The 32-year-old shared three photos in front of the Lorraine Motel, which in 1991 became the National Civil Rights Museum. It sounded like she had hoped to post them on the MLK national holiday on Jan. 18, but wrote “finally found ’em’ as she began the caption of her Jan. 19 post about her visit.

The singer turned entrepreneur made the visit via a road trip and it took place at night, likely to avoid attention from fans taking away from her reflective and moving experience. “Got cabin fever last summer and took a road trip to Memphis. MAN… I can’t describe the feeling that came over me, you gotta go to experience it for yourself! #MLK,” she wrote in the caption.

RiRi posted three photos, with her first showing her underneath the bright yellow, red and turquoise sign for the motel, which still remains lit up at night. In the second, she was seen looking at the white fluorescent Lorraine Motel sign on the side of the two story structure. 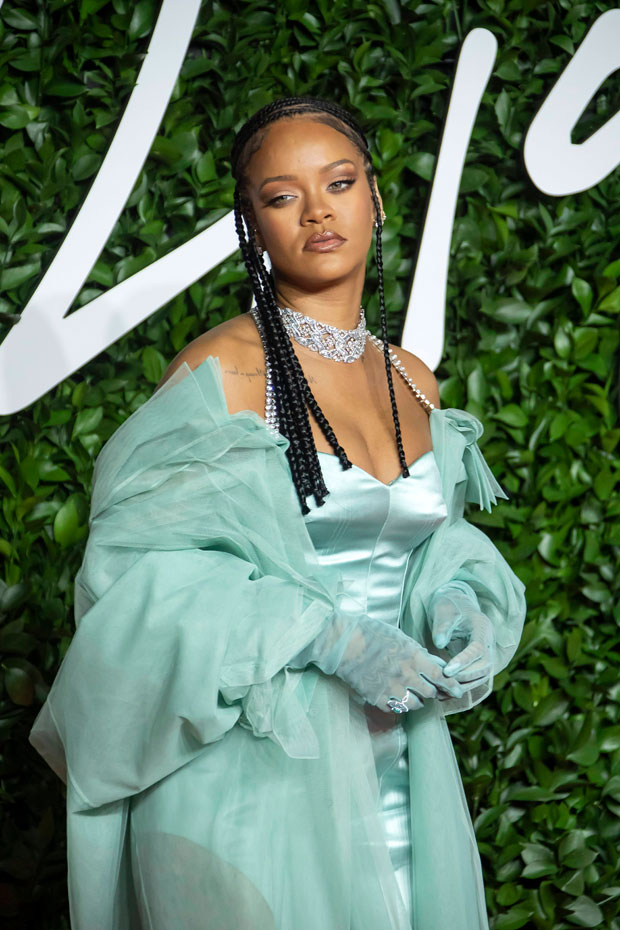 In the last photo, Rihanna could be seen just below room  306, where King was gunned down on the second story balcony as he left to go to dinner. A white wreath along the iron balcony marks the spot where he was fatally shot, and a plaque beneath it marks his life, from Jan. 15, 1929 – Apr. 4, 1968, as he died at the young age of 39. It also notes that MLK was the founder of the Southern Christian Leadership Conference.

Rihanna appeared to be speaking to someone as she was masked up and pointing up to the room. She was standing next to the plaque, which also reads, “They said one to another, behold there cometh a dreamer…let us slay him and we will see what becomes of his dreams,” which is a quote from the Bible’s Genesis 37: 19-20.

King had travelled to Memphis in support of a sanitation workers strike. The night before his murder, MLK gave his final sermon in which he said the now famous words, “We’ve got some difficult days ahead. But it really doesn’t matter with me now, because I’ve been to the mountaintop … And He’s allowed me to go up to the mountain. And I’ve looked over, and I’ve seen the Promised Land. I may not get there with you. But I want you to know tonight that we, as a people, will get to the promised land.” After going on the run, James Earl Ray was later arrested and tried for King’s murder and sentenced to 99 years in prison. He died in April 1998.