Just another of her many talents! Cameron Diaz offered Robbie Williams some relationship advice that changed his life during a split from his now-wife Ayda Field Williams.

Everything Cameron and Benji Have Said About Relationship

The couple discussed the monumental moment the singer, 46, shared with Diaz, 47, and her pal Drew Barrymore at the Chateau Marmont hotel years before marrying Ayda, 41. “I’m floating around and we had split up, and I was chatting away with people and I had started to chat with Drew and Cameron,” he recalled during an episode of their “(Staying) At Home With the Williamses” podcast. 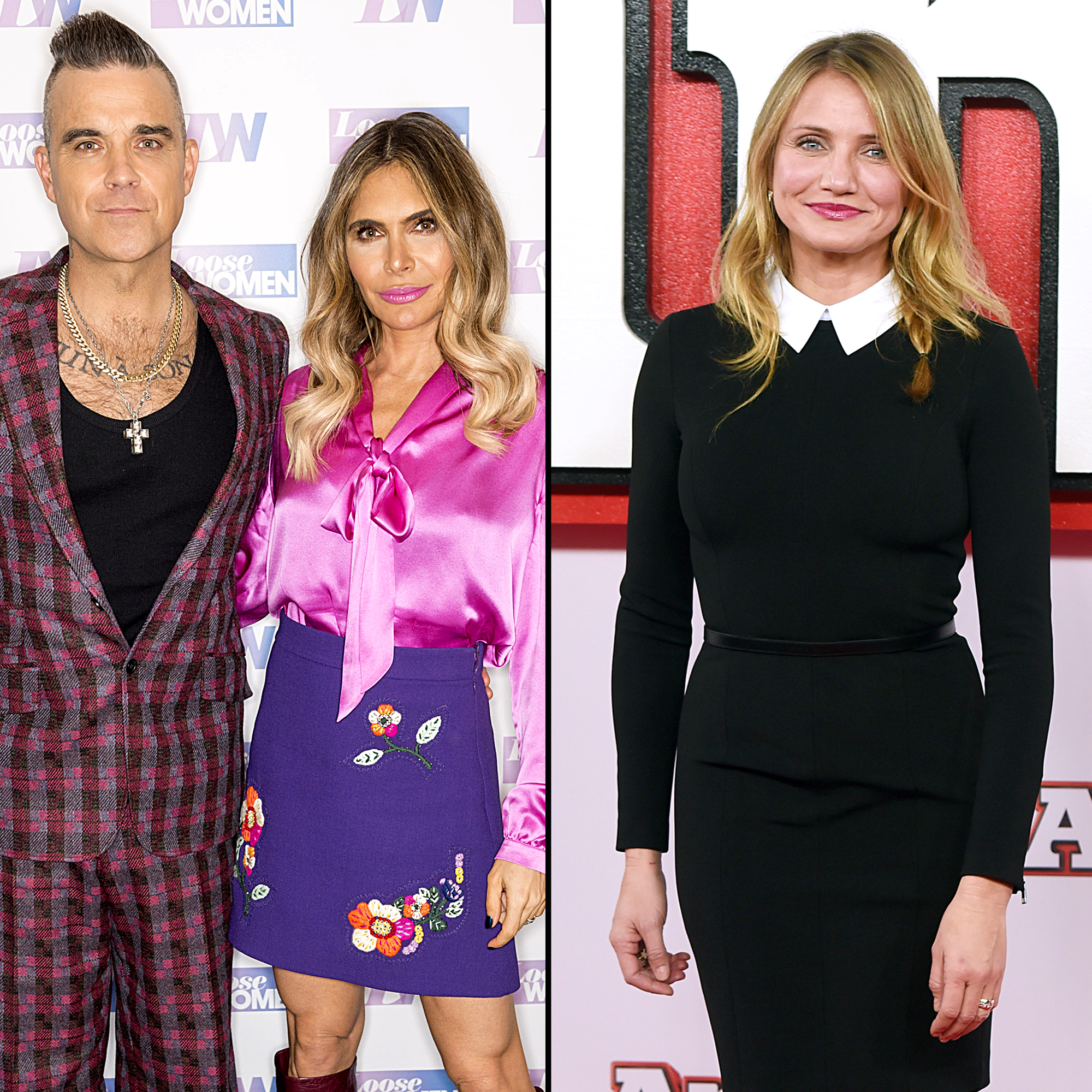 This was not the first time the pair had decided to take a break, yet Robbie could not help but gush about his then-ex. “I started to espouse about this brilliant person that I had just ended a relationship with, and there were all of these words coming out of my mouth about how incredible you were,” he explained. “How beautiful, smart, funny.”

Diaz then gave her two cents. “And Cameron Diaz said, ‘It doesn’t sound like that one’s over,’ and in that moment the universe went, ‘Go to Ayda, be with her, marry her,’” he noted.

Ayda is just as grateful to the Charlie’s Angels star as her husband is. “Thank God for Cameron Diaz by the way. Next time I see Cameron Diaz I’m going to make out with her!” she joked. “Can you imagine if Cameron had never done that? Imagine if you had never had that conversation?”

Celebrity Couples Who Took a Break Before Getting Married

The twosome wed in August 2010. They are parents of daughter Teddy, 7, and son Charlie, 5, as well as daughter Coco and son Beau, who arrived via surrogate in 2018 and 2020, respectively.

As for Diaz, she found her happy ending with husband Benji Madden. They tied the knot in January 2015. She surprised the world in January when she announced the birth of their daughter, Raddix.

The Mask actress raved in July that “it’s been heaven” being a mother. “It’s so gratifying to actually see that growth and be a part of it and to help let her be her. It’s just amazing,” she said on The Tonight Show Starring Jimmy Fallon. “It’s the best thing that ever happened both to Benji and I. We’re just so happy.”