Dad-of-six Robert De Niro was photographed in New York City with three of his children and his rumored girlfriend, Tiffany Chen, on Oct. 3.

Robert De Niro, 78, was joined by three of his six children and his rumored girlfriend, Tiffany Chen, for a rare family outing in New York City on Sunday, October 3. The Oscar winner stepped out with sons Julian De Niro, 25, and Elliot De Niro, 23, daughter Helen De Niro, 9, and Tiffany, a martial arts trainer, in the Big Apple, and the group was captured in a few photos taken by nearby paparazzi. SEE THE PHOTOS HERE.

Robert dressed in a brown polo shirt, a light navy jacket, pants, a blue hat and black sandals as he walked through the streets with his loved ones. His kids followed suit and dressed fairly casual for the outing, while Tiffany opted to wear a long denim dress and white sneakers. The entire group had on protective face masks for the outing, and they were all seen entering a car parked nearby together. 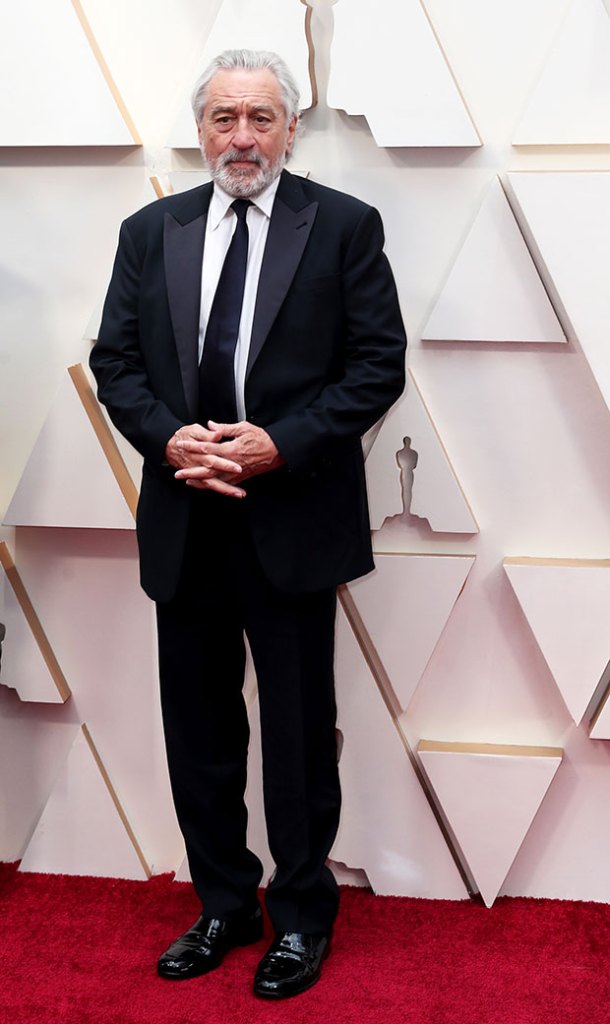 Robert keeps his personal life close to his chest, so it was surprising to see him out and about in public with half of his brood. He has six kids total from his relationships with exes  Diahnne Abbot, Toukie Smith, and Grace Hightower. Those six children, from oldest to youngest, are as follows: stepdaughter Drena De Niro, 50, son Raphael De Niro, 44, twin sons Julian and Aaron De Niro, both 25, son Elliot and daughter Helen.

While Robert rarely discusses his family life, he did speak pretty candidly with People in Jan. 2020 about how he feels about his kids following in his footsteps and pursuing a career in acting. “For my kids, I tell them, ‘If you want to be an actor or you want to do this or that, that’s fine as long as you’re happy,’ ” the Taxi Driver actor said. “Just don’t sell yourself short. That’s the most I would say — push yourself a little more and reach for what you really think it is you want to do. Don’t be afraid.” Robert also said he wanted his kids to “find their own lane” in life.