Hugh Jackman got straight to the point while trolling Ryan Reynolds for the latest installment of their faux feud, telling his frenemy that he lost a charity competition because ‘everyone hates’ him.

Hugh Jackman accepted winning his charity competition against Ryan Reynolds with grace and aplomb, reaching out to his old frenemy and congratulating him on a job well done. Yeah, right. Upon hearing that he had raised more money for his charity through Sam’s Club than Ryan did, he sweetly told the company’s CEO that it’d be his “pleasure” to break the news to his dear friend — who’s in his phone as “Bryan.”

“You lost the Sam’s Club thing; I won. Everyone hates you. Bye!” Hugh tells a very startled Ryan before abruptly hanging up on him. He leaves the Deadpool actor looking absolutely bewildered. Well, it appears that Hugh has won this round. The two stars have been embroiled in a very public “feud” for the last four years, and their spats keep getting better and better.

The good-natured ribbing started when they were filming X-Men Origins: Wolverine in 2008, right after Ryan got married to Hugh’s dear friend, Scarlett Johansson. But it wasn’t until 2016, when Ryan landed Deadpool — a character rivaling his own Wolverine — that the fighting got publicity. The buddies regularly troll each other on Instagram and get their famous celebrity pals involved. 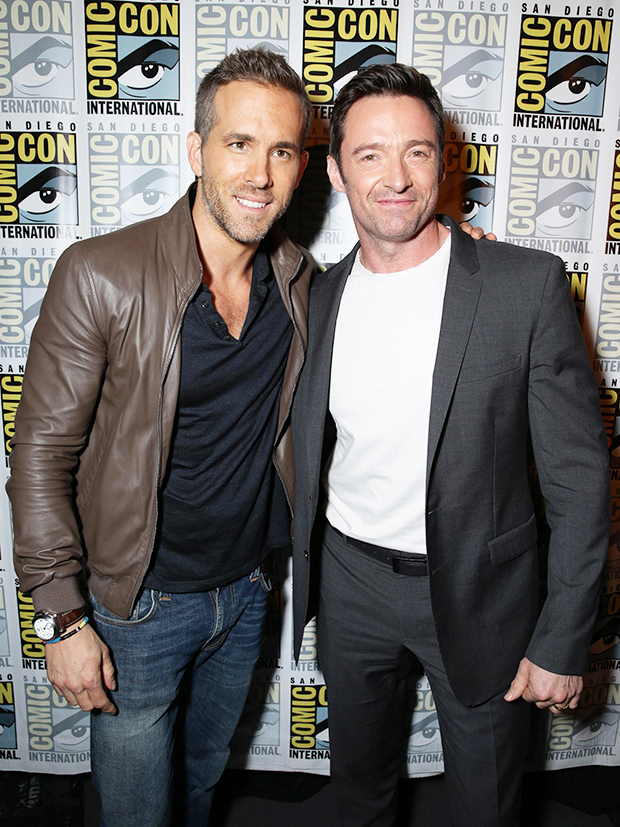 Ryan even got the entire original X-Men cast to pile on him during the film’s 20th anniversary Zoom reunion. When asked about the faux feud during a December 2019 Today interview, Ryan straight up said that Hugh’s “just an evil person. I mean, you’ve guys have all been duped. You think that he’s this benevolent, ambassador to your country, but people don’t realize he’s from Winnipeg, Canada.”

The day prior, Hugh had photoshopped the poster for Ryan’s film 6 Underground to have his own face. Of course, the Marvel superheroes are actually good friends. They’ve even been seen hanging out together! Now, Ryan’s feud with Chris Hemsworth… that’s another story.