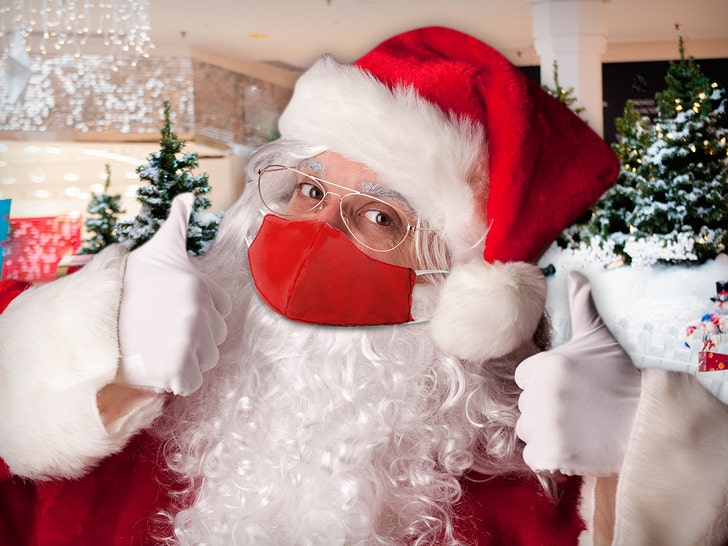 Santas of all varieties — malls, town squares and backyards — are back to putting smiles (mostly) on kids faces, thanks to the COVID vaccines, but with omicron creeping … it’s still not as jolly a gig.

While last Christmas hit while the pandemic was still raging … 2021 is our first with the advent of mass vaccination, and several Santa orgs tell us that means they can get back to doing what they do best.

For instance, Santa Jim in central NJ tells us he is fully vaccinated, and when doing private events at homes … he looks for customers who are willing to be temperature checked and masked. That’s the adults, anyway, but for the kids … it gets a little tricky. 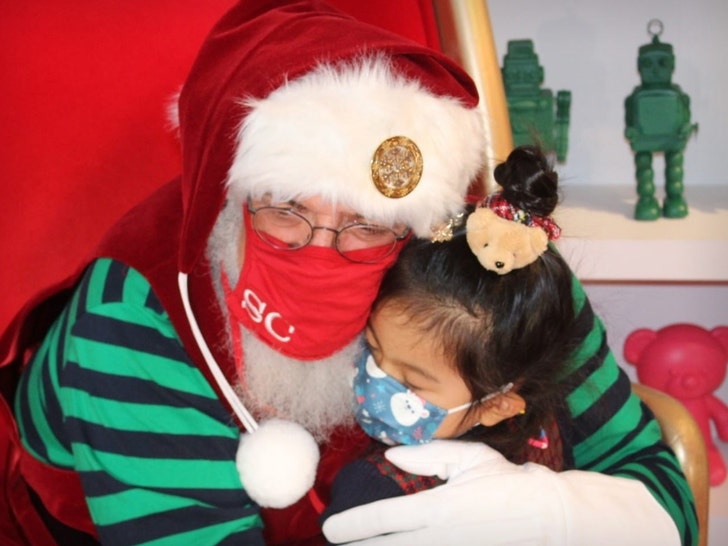 As Santa J pointed out … most tikes under 5 haven’t gotten the shot … so, it falls on the Santas to try to keep everyone — including himself — as safe as possible, and how they choose to do that is as individual as Santa’s reindeer.

One Philly Santa, aka Chuck Gill, tells us there are 2 kinds of Santas — standing or sitting. The standing ones, like himself, mostly do meet and greet photos with kids. Chuck says, at his events, he requires them to be vaxxed and masked — and while he’s aware of other Santas doing the more traditional sit-down thing, he says they’re also requiring vaccinations and face masks. 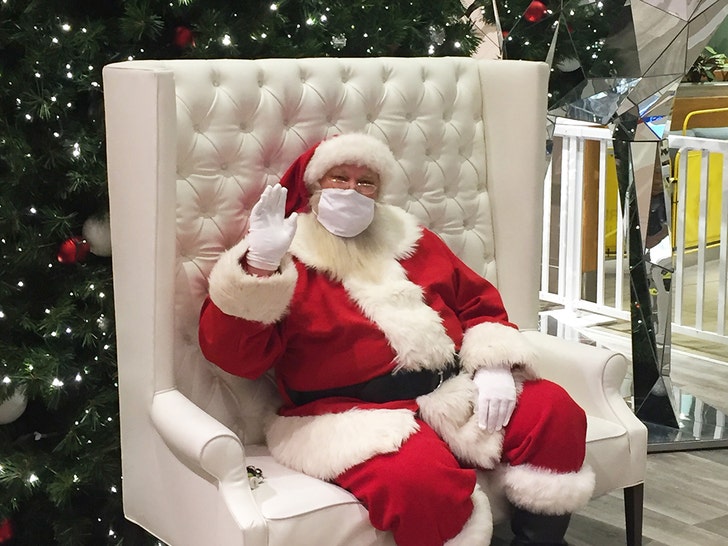 In the Midwest, things are a bit different … according to Owen Davenport from the Indiana Santa Claus Society. He says he’s not wearing a mask, nor does he require it of the kids sitting on his lap. Yeah, he’s the sitting kind and, clearly, feels safe.

Owen says he’s had 3 shots, and his crew of elves are all vaxxed too — but he will mask up if a family requests it. Still, unless a family says otherwise … Santa Owen only takes mask-free photos. 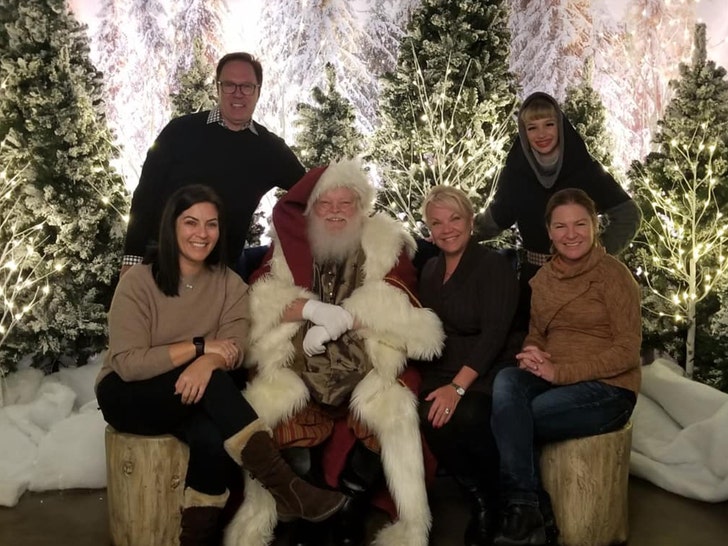 Down in Texas, HireSanta.com CEO Mitch Allen is back to sending out Santas to malls, tree lighting events, parades and more … but he stresses they do not ask about children’s vaccination status because that’s a state and county government issue. Plus, he knows most of the really young kids just aren’t eligible for a shot.

What they are doing is social distancing … often putting Santa on his throne while kids sit on a bench about 4-6 feet in front of him. It still allows for a good photo, while keeping everyone safe. Interestingly, his company doesn’t require vaccination for Santas — hey, it’s Texas — but he says they hire both vaxxed and unvaxxed in order to meet demand.

He adds that the omicron variant has meant more calls from customers requesting fully vaxxed Santas for their events. Mitch says the Santa biz has been hard hit by the pandemic — many choosing to retire, which has slashed his roster by around 10 percent compared to the good ol’ days of 2019.

For those soldiering on, like Santa Jim in Jersey … he says the goal is still to give all the kids — vaxxed and unvaxxed — as much normalcy as possible, while keeping everyone safe.