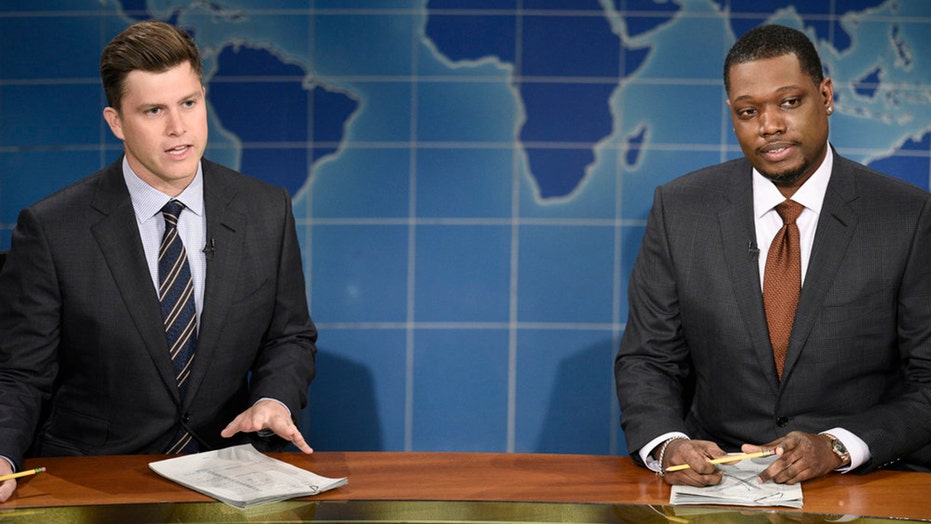 Jost married his longtime girlfriend, actress Scarlett Johansson, earlier this week in a private and intimate ceremony, according to a post from the Meals on Wheels America Instagram.

Jost appeared on Saturday’s episode sporting his new wedding ring alongside “Weekend Update” co-host Michael Che, who commented on the actor’s recent marriage amid the ongoing pandemic and stress from the upcoming election. 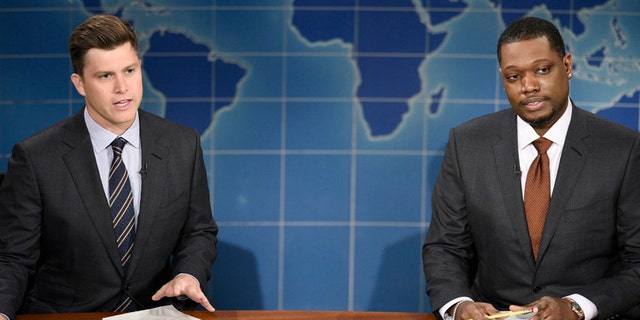 He continued: “I mean, we might both get drafted in the race war. It’s not fair, you just married Scarlett Johansson, I just bought an electric bike. We’re both doing equally great.”

Jost, meanwhile, made jokes about Trump's recent activity on the campaign trail where he claimed to supporters at a rally that doctors make more money from coronavirus patients. He also took a jab at news that some Trump supporters got hypothermia after being left on a tarmac and highlighted a recent study from Stanford that alleges Trump’s rallies have led to 30,000 new coronavirus cases and 700 deaths.

The host concluded the “Weekend Update” segment with an unabashed endorsement of Joe Biden, noting that Americans "cannot do" another Trump term.

“We cannot do another four years of Trump,” he said. “It is too much. Every day I wake up after two hours of sleep and I Google ‘America still democracy?’”

He continued: “Even if you like Trump, at this point you have to be exhausted. Remember that friend you had who at 4 a.m would be like, ’Yeah, where are we going next?’ and you’re like, ‘This is fun but if I keep hanging out with this dude, I’m going to die.’”

“Right now it feels like Trump wants us all to do another bump of whatever he got from his muppet doctor and just see where the night takes us. I don’t know about you guys, but I think this time I’m calling a designated driver,” he said as a photo of Biden went up beside him.