SEBASTIAN SHAKESPEARE: Cara Delevingne is left ‘devastated’ by death of her godmother, the former chatelaine of Castle Howard

She was the vivacious blonde who married one of Britain’s richest aristocrats, before becoming chatelaine of Castle Howard. But friends of the effervescent Annette ‘Scruff’ Howard are in mourning today, following her death aged 71.

And none are more distressed than her goddaughter Cara Delevingne and her sisters, Poppy and Chloe.

‘My girls are devastated,’ their mother, Pandora, tells me.

‘It’s horrible for all of us — Cara especially, on the other side of the world. She was an amazing woman — quite extraordinary, like a second mother to them, always there for them.’

Scruff, was also bewitching to men. 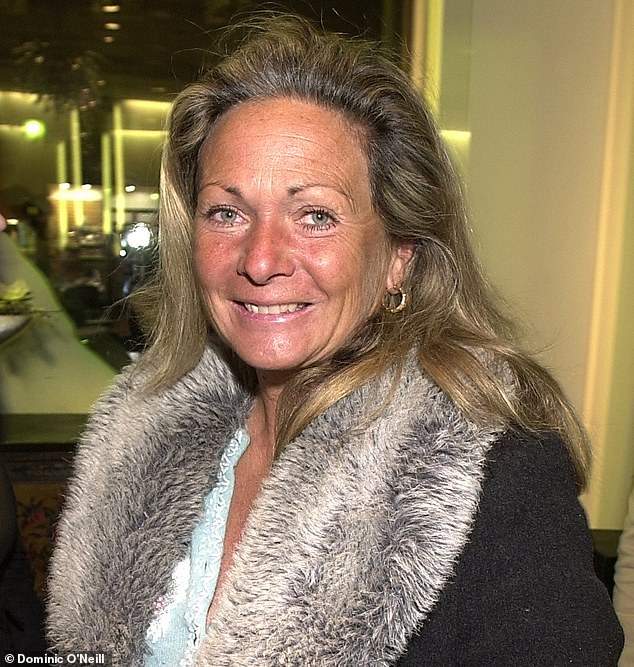 Annette ‘Scruff’ Howard, Cara Delevingne’s godmother, has passed away at the age of 71

By the age of 25 she had become a countess, marrying Earl Compton, as his second wife, in 1974.

The marriage ended in divorce after just three years.

But within five years Scruff was installed in arguably the most fabulous of all British stately homes, Castle Howard in Yorkshire, after marrying Simon Howard who had taken it over from his father, Lord Howard of Henderskelfe, aged only 27.

‘We used to go up to Castle Howard and stay for three or four weeks, in the summer,’ recalls Pandora.

‘She was like a sort of Pied Piper to kids. She loved them and they loved her — had that magic.’

Scruff led them across the 10,000-acre estate and beyond — ‘to Scarborough to eat fish and chips in newspaper. They adored her.’

Castle Howard had by then become known to a global audience, after its starring role in the television adaptation o f Evelyn Waugh’s novel, Brideshead Revisited.

Scruff helped restore 20 rooms as well as taking charge of the house’s 52 guides. 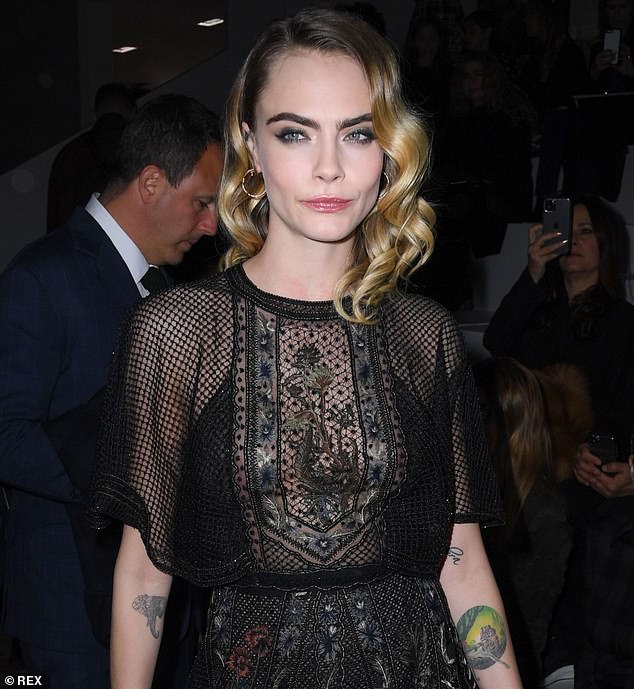 Actress Cara Delevingne would spend her childhood visiting Castle Howard in Yorkshire, the home of her godmother, Annette ‘Scruff’ Howard

But there was what Pandora calls one ‘desperate sadness’ — a lack of children of her own.

‘I was pregnant with Cara when she was trying her last round of IVF; I said: “We’re going to have these babies together, Scruff.”’ But it proved not to be.

‘If you’re a woman like that — a huge character who loves life, laughter and children, and adventure — and you don’t get to get them yourself, when you want them really badly, it’s shattering. But she held her head high. She never complained.’

Her marriage to Simon Howard ended after 17 years.

Yet such was her generosity of spirit that, when Howard’s new wife, Rebecca Sieff, gave birth to twins, Scruff unhesitatingly sent her flowers. ‘An amazing thing to do,’ reflects Pandora.

‘I’ve always wanted to learn French so I’ve come here to do that,’ she explains.

‘It’s much easier being immersed in the language. Paris is a magical place and since I’m unemployed at the moment, I was free to be somewhere I wanted to be.’

The 23-year-old adds: ‘I don’t go out much anyway so the virus hasn’t really affected me much at all. I think it’s been much harder on people who like socialising.’

Jude Law’s daughter Iris is a woman of many talents. Not only has she starred in major fashion campaigns for Burberry and Fendi, but the 19-year-old is now proving a deft hand at design. 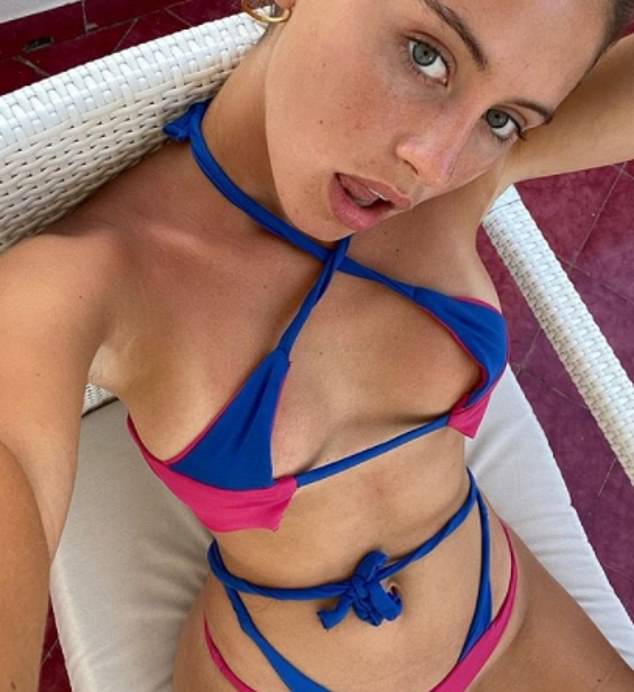 On holiday in Italy this week with her boyfriend, artist Jyrrel Roberts, Iris showed off the criss-cross pink and blue swimsuit she created herself.

‘I designed and sewed this bikini the day before I came away,’ she explains.

Iris, whose mother is actress Sadie Frost, has a passion for ecoconscious clothing and was due to start an internship with Stella McCartney — the queen of sustainable fashion — before lockdown scuppered her plans.

TV’S Richard Osman insists fame has come with no downsides at all.

‘That’s largely because I got recognised after the age of 40 — by which time my personality was fully formed,’ he says.

‘I can’t get on the Tube without people staring. At least now they stare at me and smile.’

Lila is set to gather Moss… in quarantine

Kate Moss’s model daughter, Lila, is letting her hair down before going back to school. 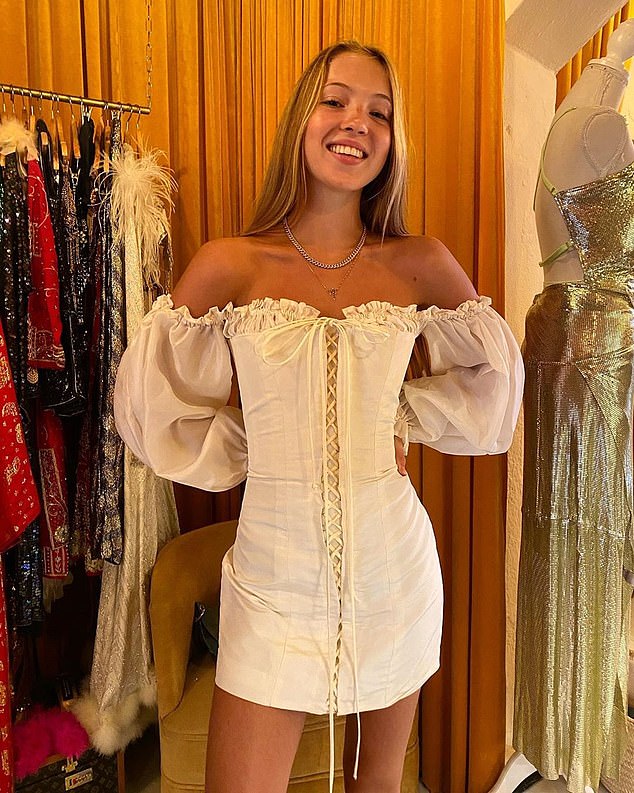 Kate Moss’ daughter Lila, 17, posed in a £585 Silvia Astore corseted dress, describing the outfit as her ‘favourite clothes in the world’

The Marc Jacobs campaign star, 17, turned a shopping trip at Annie’s Ibiza — a boutique on the Spanish island — into an impromptu fashion show.

Lila, who is signed to her mother’s eponymous talent agency, and who has featured in dad Jefferson Hack’s magazine, Another, posed in a £585 Silvia Astore corseted dress.

‘My favourite clothes in the world,’ she comments.

Countess puts her foot down

Who says the Countess of Carnarvon does not have a racy side?

The chatelaine of Highclere Castle, the setting for TV’s Downton Abbey, reveals she has just had to take a speed awareness course after rushing back home one evening along the A4.

‘The road was nearly entirely empty but I had clearly drifted just over the speed limit,’ she says.

‘Annoyed with myself, I waited and wondered whether I would receive a letter — which of course I did. I was a mixture of emotions: self-righteous thoughts about my speed being fine given the circumstances, annoyance at being caught and resignation that I had indeed been breaking the law.

‘I found the day unexpectedly fascinating and a timely reminder that we are each asked to compromise for the benefit of others.’

What would the Earl of Grantham say?

She stands to inherit a chunk of her family’s billion-pound fortune, but artist Ivy Getty is also lucky in love. 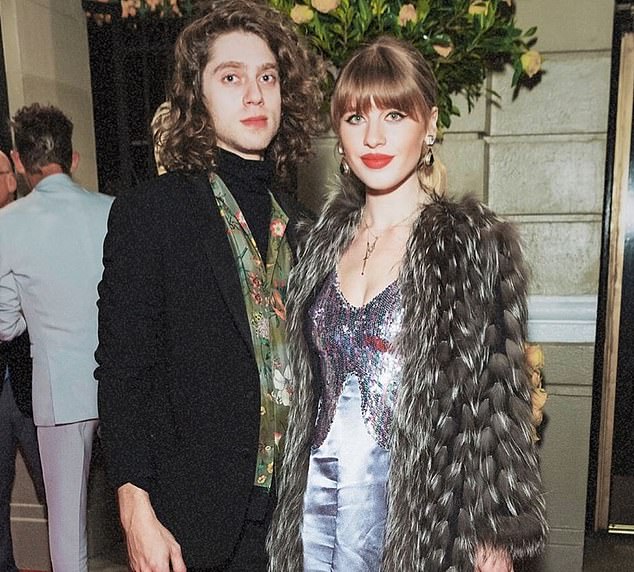 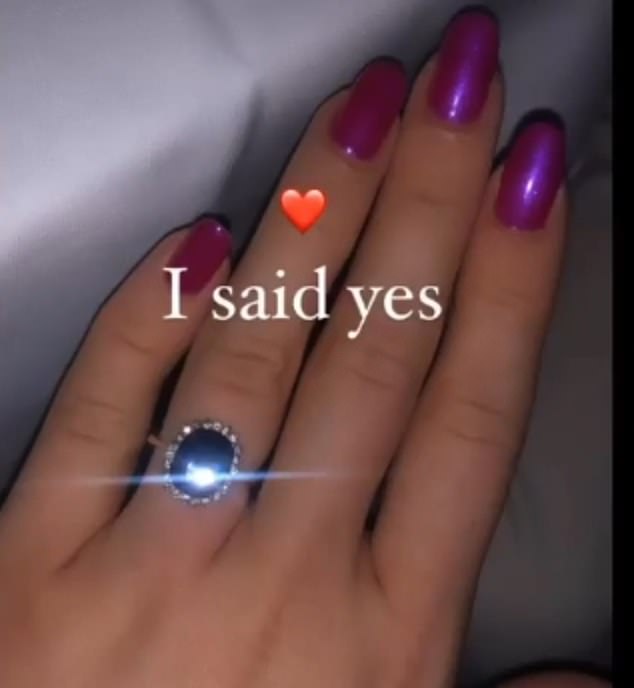 The 25-year-old great-granddaughter of Jean Paul Getty has got engaged to London-born tech entrepreneur, Toby Engel.

‘We met through my cousin three years ago, but only started dating two years ago when we ran into each other in Paris,’ Ivy tells me.

‘He proposed in Capri, in a spot overlooking the whole island, with his mother’s vintage engagement ring.’

Lockdown has had a silver lining for James Bond star Timothy Dalton, who lives in LA.

‘I feel like I’ve been in a coffin for six months,’ he says.

‘The interesting thing about isolation is how wonderful it is to find new stimuli… when something happens that reminds you you’re a human being.

‘Yesterday I was talking to people in Spain and Italy, and all of a sudden the brain starts working again. It’s exciting, talking about work and creativity.’ Shaken and stirred, Tim.