The former Miss USA and her 28-year-old ex-boyfriend further fuel rumors suggesting that they have gotten back together by re-following each other on Instagram.

AceShowbiz –Shanna Moakler might have rekindled her romance with her ex-boyfriend. More than a month after Matthew Rondeau confirmed their split, the former Miss USA and the male model were spotted attending a birthday party together.

Over the weekend, the 46-year-old beauty shared on Instagram Story a video from the bash held for a man named Gary Michael Walters. The clip saw Gary blowing off the candles on his chocolate cake while some friends were singing to him. In the accompaniment of the post, she wrote, “Happy bday @garyichaelwalters.”

The 28-year-old hunk also shared similar footage on his own Instagram Story. From his post, it was seen that he and Shanna recorded the moment from the same angle. Although they didn’t show one another on their Stories, the pair fueled their reconciliation rumors by re-following each other on Instagram. 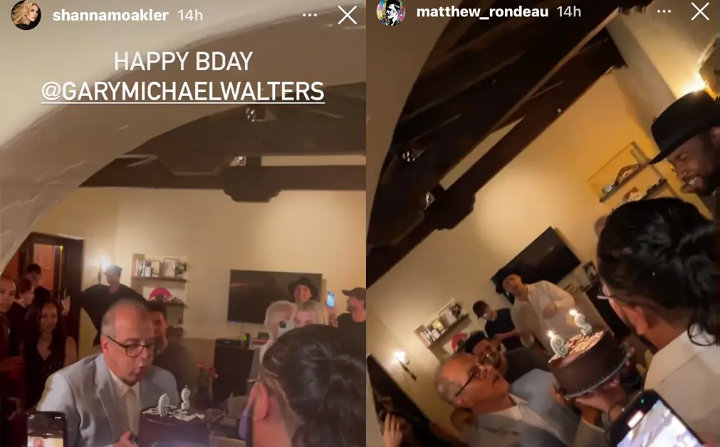 Shanna Moakler and Matthew Rondeau were spotted attending a birthday party together despite split.

Matthew and Shanna reportedly broke up in April. At that time, a source told Entertainment Tonight, “Shanna Moakler and Matthew Rondeau recently broke up, deleted photos of each other off of their Instagram accounts and unfollowed each other.”

It was not until July Matthew confirmed his separation from Shanna. “I broke up with Shanna months ago, and I’m happier than I have ever been,” he admitted when speaking to Life & Style Magazine. “I’m focusing truly on finding myself again as a person emotionally and mentally.”

“I hope she finds what she’s looking for, but it’s not going to be me,” Matthew went on sharing. He also told PEOPLE, “I do wish her nothing but the best in all her endeavors.”

Shanna and Matthew began dating in 2020. She was previously married to Kourtney Kardashian‘s now-boyfriend Travis Barker, with whom she shares 17-year-old son Landon and 15-year-old daughter Alabama.