Sophie Turner and Joe Jonas took to Instagram this morning to share the first picture from their French wedding, two months after initially tying the knot in Las Vegas.

The 23-year-old English actress, who is best known for playing Sansa Stark in Game of Thrones, married her Jonas Brother beau Joe Jonas, in front of friends and family in the south of France at the weekend.

Taking to social media, the newlyweds shared a stylish black and white image from their big day on their respective Instagram accounts.

Sophie captioned the picture, which she shared with her 14.4 million followers: “Mr and Mrs Jonas.”

In the photo, the newlywed couple could be seen walking down the aisle following their second wedding ceremony, which took place at the stunning 17th century Chateau de Tourreau in the heart of the Rhone Valley.

Sophie wore a floor-length plunging gown with an elegant veil in her hair while her new husband opted for a smart black suit with matching black shirt and bow-tie.

The beaming bride and groom held hands as their family and friends showered them with petals in the beautiful tree-lined setting which was adorned with flowers.

Sophie’s Game Of Thrones co-star Maisie Williams was among the guests at the wedding, as were Joe’s brothers and band mates Kevin and Nick. 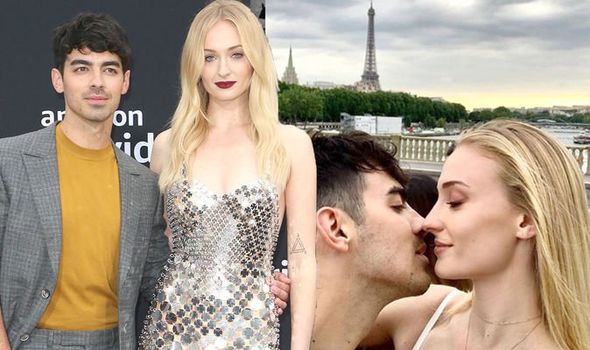 Earlier in the year, the couple who announced their engagement in October 2017, got married in a surprise ceremony following the Billboard Music Awards.

DJ Diplo live streamed the event, with the actress later saying she wished it had been private.