Stacey Solomon, 31, found herself in fits of uncontrollable laughter after discovering an awkward spelling mistake on her phone, while looking back over her Instagram page. The Loose Women panellist had put her young son Rex to bed and had revealed her evening’s plans, only to notice that she had used the word “come” instead of “Coke” in a caption for a previous video, where she had been enjoying a glass of the fizzy drink.

I’m just having a glass of diet come!

The TV star said: “Just came down from putting the baby to sleep and I went on my phone and realised I wrote… ‘I’m just having a glass of Diet Come!’”

At this point, Stacey was laughing so much she could hardly speak on camera, as thankfully she saw the funny side to her embarrassing gaffe.

The mum of three continued: “I obviously meant Diet Coke. 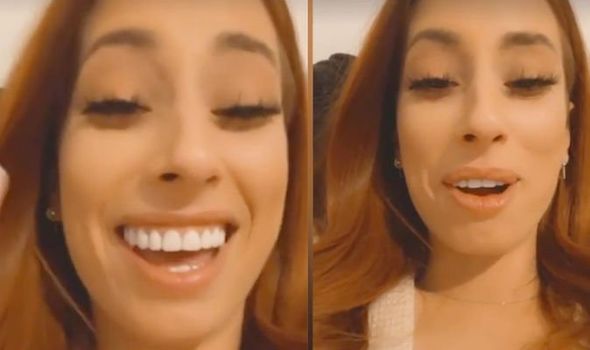 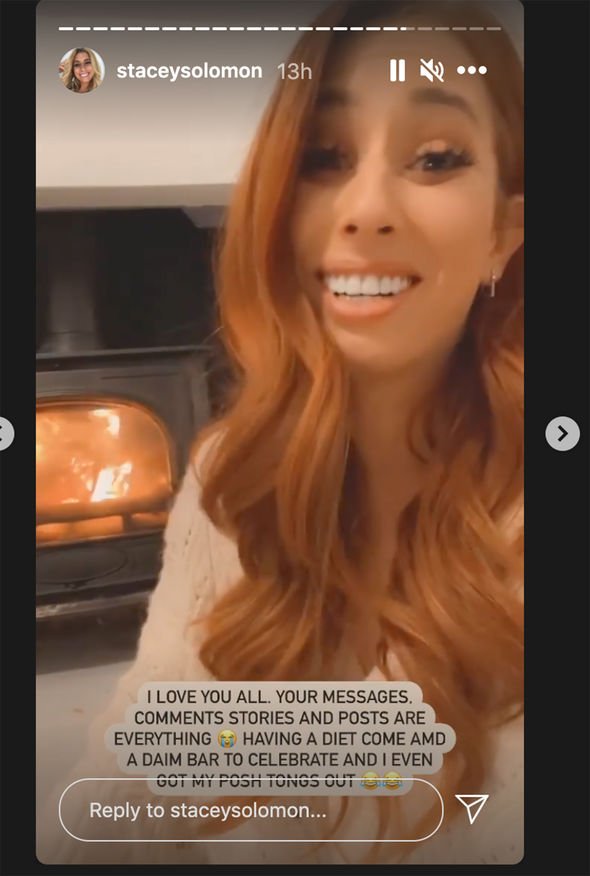 “One of my most unfortunate spelling mistakes today.”

She joked: “Saying that, Diet Come is probably better for you than full-fat Coke.”

The couple began dating in 2016 after they met on the set of I’m A Celebrity… Get Me Out Of Here!. 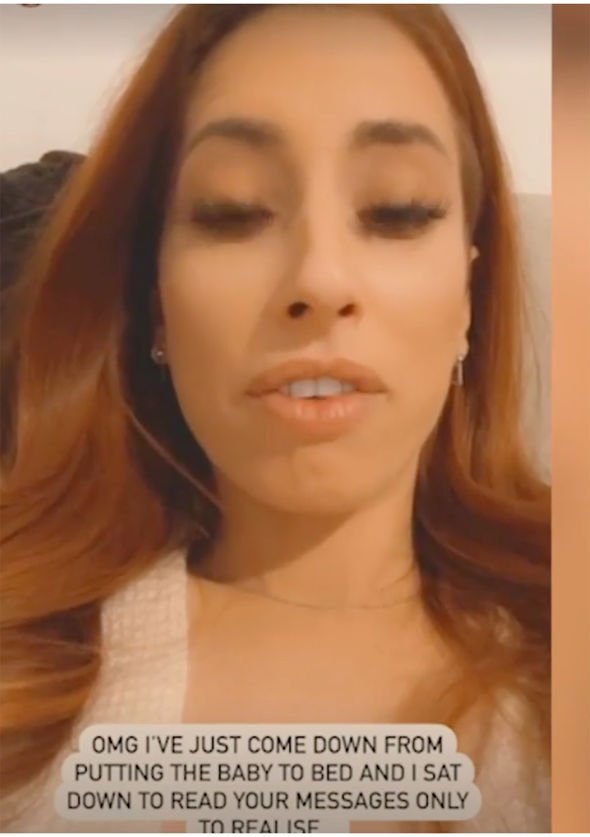 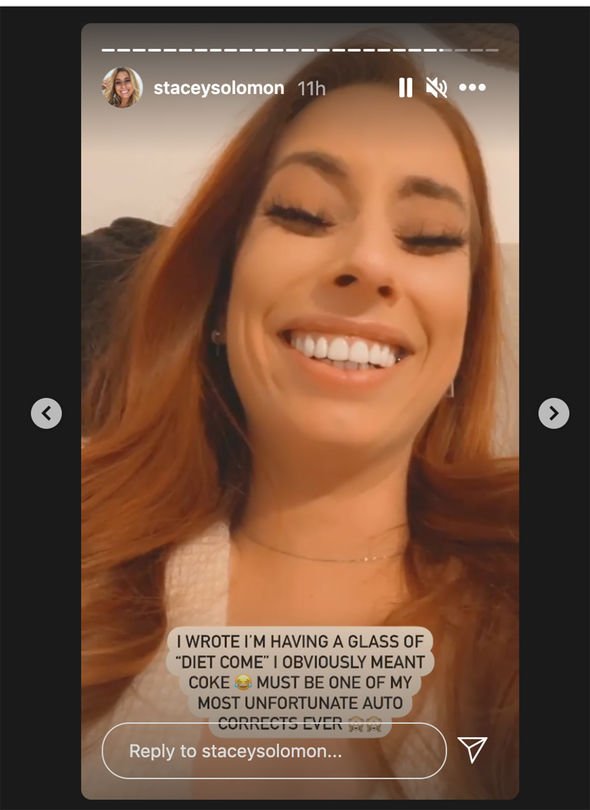 Stacey has two children from previous relationships, and Joe has a son, Harry, with ex Emma Sophocleous.

They welcomed their first child together Rex back in 2019.

Stacey explained: “I used to think I wanted to run away and elope, but after losing family members this year, I could not feel more opposite.

“One of the main reasons we’d love to get married as soon as we can is because there’s special people in our lives that will not be around forever, and I would do anything to share our day with them.

Stacey’s grandma has been unwell as of late with a mystery illness and was hospitalised back in November.

The star has been extremely busy as she gears up to release her Tap To Tidy book, which is sure to be a massive success with her fans.

Stacey showed a preview on her social media, as she posed for a photo with the book cover.

She typed underneath: “Thanks to your kindness, support, love and encouragement, I was given the chance to write a book and I said yes.

“And yesterday this came through the door and my stomach has been doing summersaults ever since.

The 31-year-old revealed that the book writing process had “taken over” her life for the past year, as she found a new sense of confidence to make her cleaning hacks available to all.