Susie Dent, 54, regularly sends Countdown viewers into a frenzy with the incredible new words and definitions she shares on the Channel 4 show’s Dictionary Corner.

And on Twitter yesterday, the star shared another new term with her 383,000 Twitter followers after Brexit Party MEPs turned their backs in the European Parliament when the European Union’s anthem was formed.

The 29 MEPs made the bold move in Strasbourg as they attended Parliament for the first time since being elected in May.

Susie, who stars alongside Rachel Riley on Countdown, called the group “snollygosters” and explained the definition on her Twitter account.

She tweeted: “It seems like another epithet is needed for today. Sorry if you’ve heard it from me before, but sometimes it’s worth repeating.

Susie added the hashtag “#NotInMyName” which has been used to criticise the movement.

Gary Lineker also had his say on the matter on Twitter and called the Brexit Party’s stunt: “Embarrassingly childish.”

It wasn’t just their move which caught his attention, the Match of the Day host also responded to pictures of the Liberal Democrats wearing “b******s to Brexit” T-shirts. 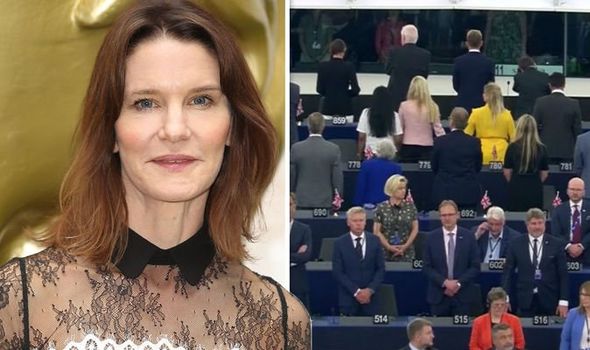 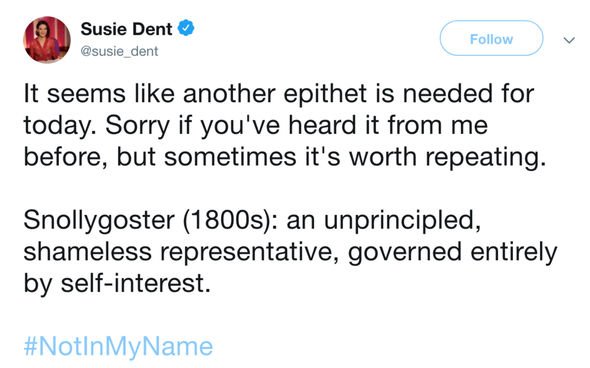 However, Piers Morgan had a different stance on the matter and supported the MEP’s defiant move.

On Good Morning Britain today, the host told Brexiteer, Ann Widdecombe, 71, to give the EU “hell” on behalf of Britain.

“Best of luck over there,” he said to the former Conservative MP. “Give them hell on our behalf.”

He added: “Whether you’re Leave or Remain, we need people like Ann giving them hell over there. Keep battling for Britain.” 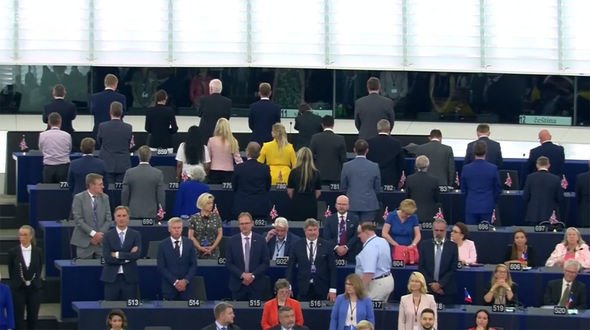 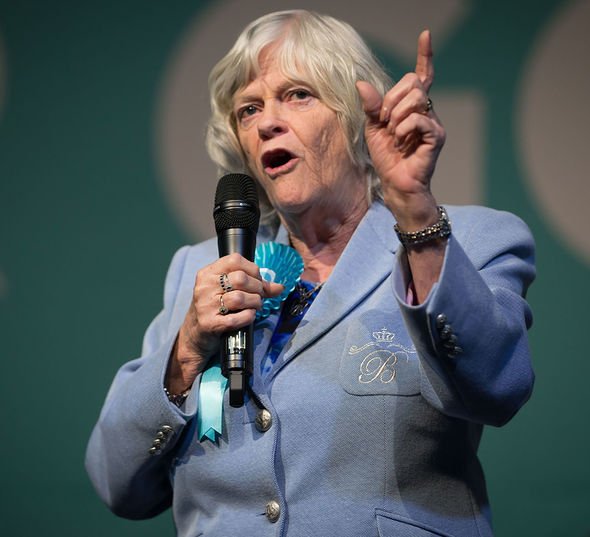 Ann assured Piers she would be a nightmare in the European Parliament and told GMB: “I want one thing and one thing only, and that is Brexit.

“I want Britain out, independent, free, making its own trade deal, making her own laws.”

“We’re not here to cause damage, we’re just here to be cheerfully defiant, to stand up for the people of the UK that clearly want to leave,” he said.

“There’s a lot of evidence that eurosceptic opinion has hardened over the last couple of months. We’re not going to sit in there and listen to our country be talked down.”