T.I. doesn’t want his 18-year-old Deyja, to be sexually active, so he takes annual trips to the gynecologist with the teenager to check on her virginity status.

“I will say as of her 18th birthday, her hymen is still intact,” the rapper, 39, revealed on the Tuesday, November 5, episode of the “Ladies Like Us With Nizanin and Nadia” podcast. “Not only have we had the conversation [about sex], we have yearly trips to the gynecologist to check her hymen.”

The Georgia native said that after celebrating Deyjah’s birthday every year, he leaves a sticky note on her bedroom door, reading, “Gyno. Tomorrow. 9:30.” And even though doctors can’t share the teenager’s information without her consent, the “Whatever You Like” rapper has Deyjah sign a waiver. 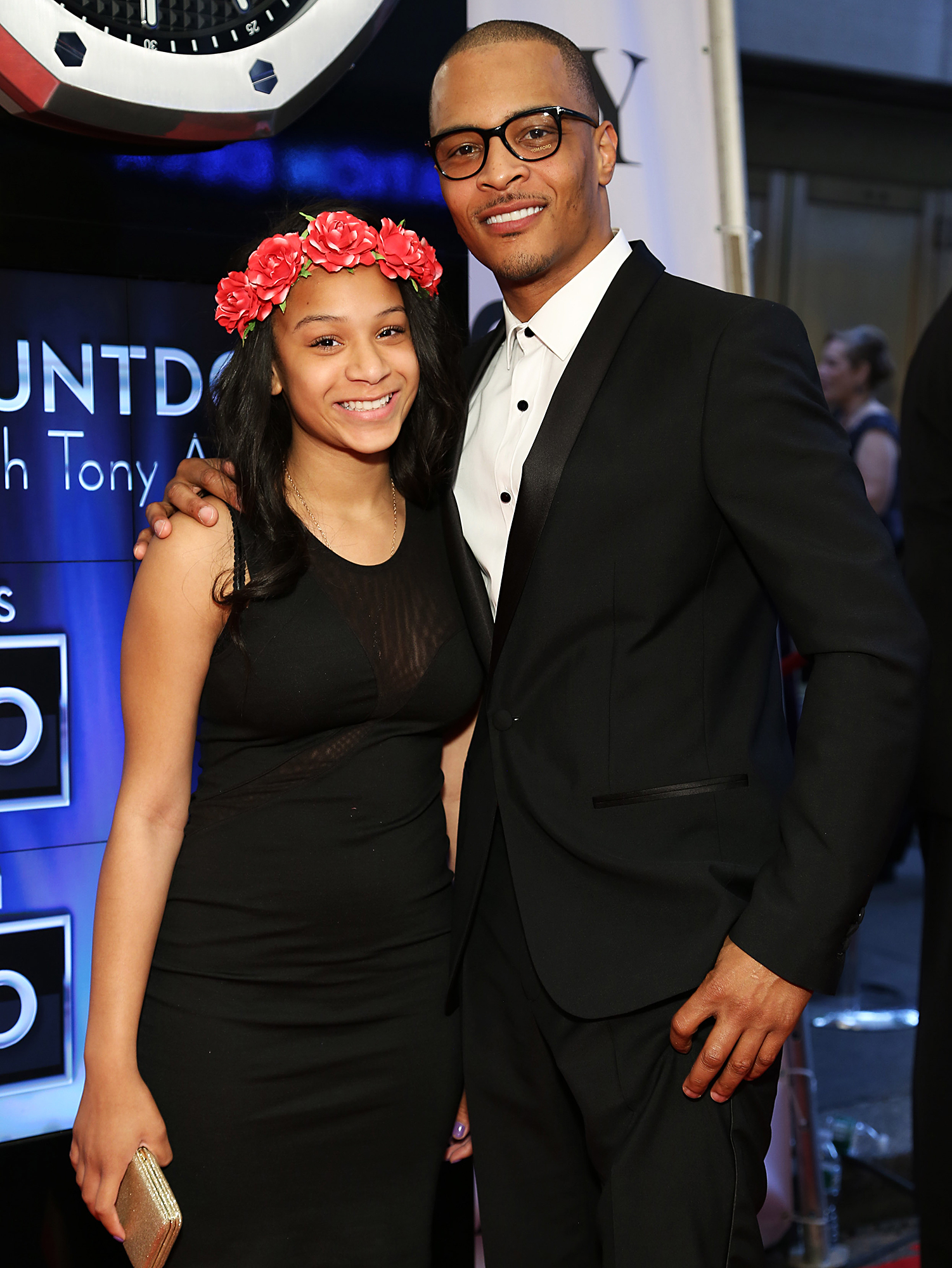 “[When they] say, ‘Well, I just want you to know that there are other ways besides sex that the hymen can be broken, like bike riding, athletics, horseback riding, and just other forms of athletic physical activity,’ I say, ‘Look doc, she don’t ride no horses, she don’t ride no bike, she don’t play no sports. Just check the hymen please and give me back my results expeditiously,’” T.I. said.

His 15-year-old son, King, is sexually active, and while the former reality star didn’t want his son to have sex “before it’s time,” he admitted, “I definitely feel different about a boy than about a girl. That’s just the God’s honest truth. I don’t think there’s any father out there who’ll tell you any different.”

He believes his daughter will thank him “in hindsight for … not allowing [her] to damage [herself] as much as” she could have, he told the podcast hosts.

T.I. and Tameka “Tiny” Cottle also share Major, 11, and Heiress, 3, and he previously welcomed Messiah, 19, and Damoni, 18, with his ex Lashon Dixon. While the actor and the former Xscape member, 44, wed in July 2010, she filed for divorce in December 2016. They reconciled last year.

Rapper Lil Yase Dies After Gunned Down in San Francisco Alanis Morissette Shares Hope for Her Cover of John Lennon and Yoko Ono’s Christmas Classic
We and our partners use cookies on this site to improve our service, perform analytics, personalize advertising, measure advertising performance, and remember website preferences.Ok