Actress Tara Reid has responded to trolls who commented on her latest bikini pic, saying she looked ‘too skinny.’

Tara Reid has clapped back at body shamers who suggested she was “too thin” in her latest Instagram post. The Sharknado actress, 45, first took to social media to share two black and white bikini pics of herself, accompanied by the caption, “Nothing better then your friend taking hot artsy pics of you in Palm Springs aka @tarynmanning.”

Many followers were quick to jump in the comments section, with one writing, “let’s be real. There’s skinny and unhealthy. Someone needs to step and help her. She’s always been a pretty Girl but she doesn’t look well here.” Meanwhile, another fan commented, “Not hate just a concern.”

Tara quickly slammed the trolls, writing: “Stop hating, start loving. No one needs to be body shaming. It’s not right, it’s not cool and it hurts people. Please don’t be one of those people, it does have an effect.” Her pal Taryn then jumped in, “I love you my super hero. If only they knew your heart and soul they would feel terrible deliberately trying to hurt you. Proud of you. I would do anything for your washboard abs BTW. Good news is, haters only mean you still got that thing!”

The American Pie star then jumped back on social media to share a different bikini photo, citing her high metabolism for her slim build. “To all who made their great comments exposing their hate for my artsy picture I posted yesterday, it was the angle. Here is another picture from yesterday to show you I am not too skinny, I have a high metabolism. Anyone with a high metabolism understands it’s impossible to gain weight. All I do is eat.” 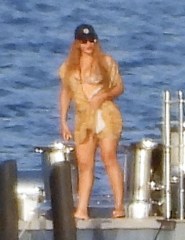 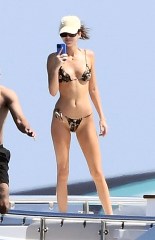 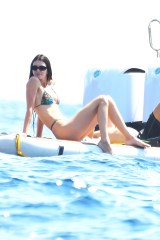 She concluded her message, “To everyone who wrote something nice and stuck up for me, I love you! And keep spreading that love, it is the only thing that will save this world.” This isn’t the first time she has opened up about her body. Back in 2018, she commented on speculation that she had an eating disorder.

“People have been calling me painfully thin for years. I can take one of the Halloween costumes I wore last year and put it on this year,” she told the Daily Mail. “It’s the same weight. I don’t fluctuate – it’s just who I am. I do eat. I eat all the time. But this is just my natural weight and people need to leave me alone.”