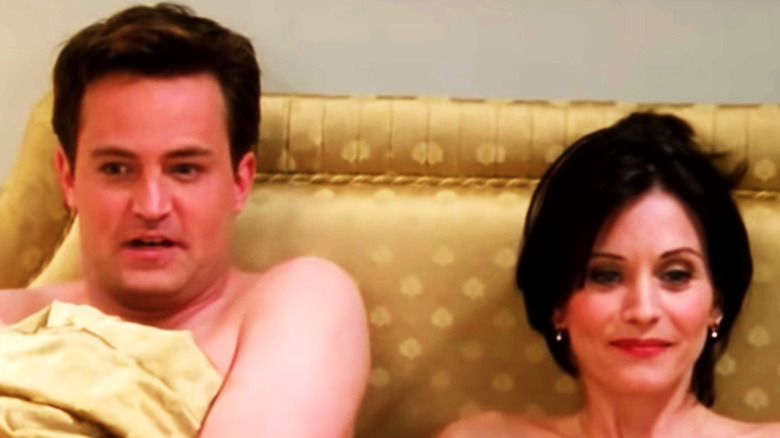 She was his best friend’s little sister and he was her brother’s college roommate, and for four full seasons, they were just part of a group of friends who were always be there for one another. Their apartments were across the hall from each other and they each had separate romances, but at the end of Season 4 of “Friends,” a drunken night ended with Monica Geller and Chandler Bing — played by Courteney Cox and Matthew Perry — in bed together in a London hotel room. And that’s where it was supposed to end.

As that season came to a close, the friends were all in London for Ross Geller and Emily’s wedding (we all know how that ended). Ross ended up saying Rachel’s name rather than Emily’s during the vows and that put a stop to the wedding real fast (Season 4, Episode 24). But the real shocker during that story arrived the morning of the wedding, when Chandler and Monica woke up next to each other.

Monica and Chandler's one-night stand turned into something far greater 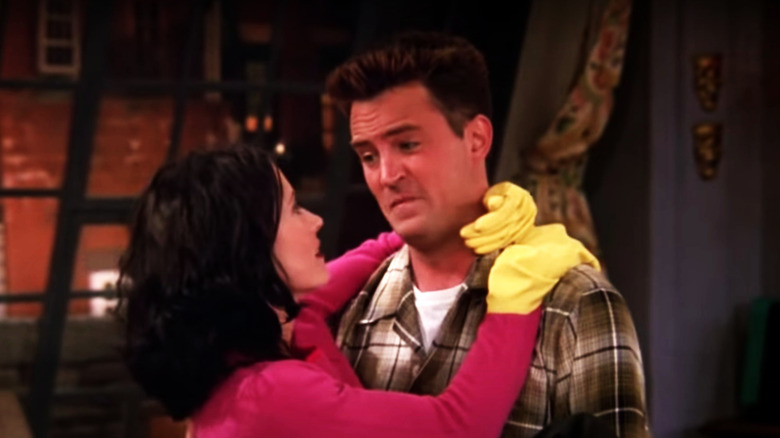 It was the morning of the wedding and Chandler Bing woke to the sounds of Ross Geller at his hotel room door. As he remained in bed, Ross cheered that he was getting married that day and quickly left (via Bustle). The moment Ross was gone, Monica Geller popped out from under the covers and the live audience loved what they saw, according to Today.

“As the series evolved, it would tell us where it wanted to go,” co-creator David Crane told Today in 2019. “We didn’t really know that Chandler and Monica were gonna end up together until even after that episode in London where they wake up in bed together. And the audience went insane. Originally that was going to be a thing, like a little mistake and funny. And they were so great together, and it kept giving us stories.”

By the time “Friends” returned for Season 5, fans couldn’t wait to see what would happen between Monica and Chandler. Would that one-night stand turn into something more? Well, it sure did. By Season 7, the pair wed in the elaborate wedding of Monica’s dreams, according to Bustle. And, by the time the show aired its series finale after a decade on the air, Monica and Chandler were ready to embark on a life together as the parents of newborn adopted twins (via Digital Spy).