On the May 13 episode of the Armchair Expert podcast, Prince Harry told Dax Shepard that he was in his 20s when he started to feel like royal life wasn’t for him. “I was in my early twenties and I was thinking I don’t want this job, I don’t want to be here. I don’t want to be doing this. Look what it did to my mum, how am I ever going to settle down and have a wife and family when I know it’s going to happen again. I’ve seen behind the curtain, I’ve seen the business model and seen how this whole thing works and I don’t want to be part of this,” Harry explained.

It seems that after Harry met Meghan Markle, he started to really realize that living his life within the monarchy just wasn’t going to work. The couple made the decision to step down as senior members of the royal family — and move out of the UK — which really drove a wedge between Harry and his family. Since that time, Harry and Meghan have opened up about the struggles that they faced while living in the UK, discussing some in-depth details with Oprah Winfrey, for example, in an interview that aired back on March 7.

Things between Harry and his family have only worsened since he and Meghan started speaking out. And now, royal sources believe that Harry’s family doesn’t think that he can be trusted. Keep reading to find out why that is.

Prince Harry and Prince William may never rebuild their relationship 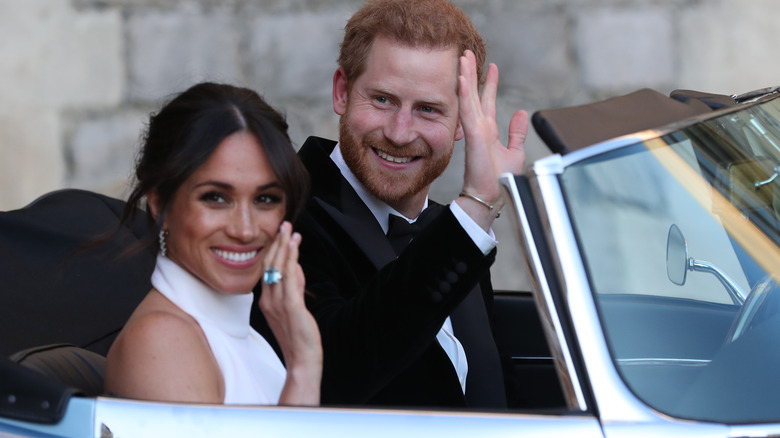 Prince Harry spent several days in the UK the last week of June, and was on-hand for the unveiling of a statue of his mother, Princess Diana, an event that he attended alongside his older brother on July 1, according to the Independent. Harry and Prince William spent a short time together at Kensington Palace, where they appeared jovial, coming together to see the statue for the first time. However, while things may have looked like they were okay, sources say that the two men were just putting on a front. “They put on a show, did what they had to do to make sure the day went without a hitch and said goodbye,” a source told the Mirror.

While many have been hopeful that Harry will mend his relationships with his family, royal sources suggest that reconciliation just isn’t going to happen. Why? Because Harry simply cannot be trusted, according to the Mirror. “Some definitely feel the damage is done and it is almost impossible for Harry to be trusted again,” a source told the outlet. The reason? Because Harry continues sharing personal details about his life in the UK with the press. So, will Harry and William’s relationship ever get back to where it once was? Royal sources certainly don’t seem to think so.