The following article includes mention of sexual harassment and misconduct.

Less than a day after the resignation of Melissa DeRosa, former secretary to New York Governor Andrew Cuomo, yet another Cuomo ally has followed suit. As The New York Times reported on August 9, attorney Roberta Kaplan — who did not work for Cuomo but had strong connections to him — tendered her resignation from the advocacy organization Time’s Up, which was founded in the wake of the Harvey Weinstein rape scandal and during the rise of the #MeToo movement. Both DeRosa and Kaplan’s resignations come a week after the explosive results from the state attorney general’s office, which claimed that Cuomo had sexually harassed at least 11 women during his time in office (per CNN).

Despite the fact that she was a high-profile member of Time’s Up — “We fight for a future where no one is harassed, assaulted, or discriminated against at work,” the website states — Kaplan had still seemingly kept her ties to Cuomo tethered and secure. Additionally, details from the investigation’s conclusions uncovered a damning campaign, if true. What exactly happened? 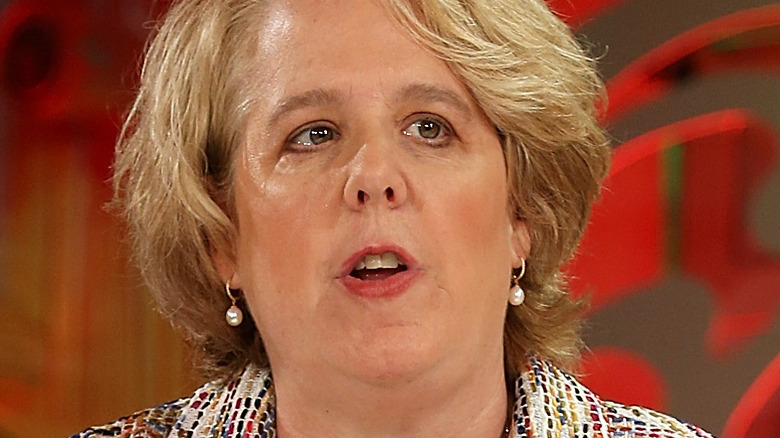 Per The New York Times, Time’s Up chairwoman Roberta Kaplan — who was responsible for instituting the organization’s legal defense fund — was allegedly heavily involved in a campaign to discredit the allegations of sexual misconduct made by Governor Andrew Cuomo’s ex-staffer Lindsey Boylan (who was the first woman to come forward with claims of harrassment). The attorney general’s report found that Kaplan allegedly allied herself to the campaign supposedly spearheaded by Melissa DeRosa — who planned to publish a letter publicly discrediting Boylan’s account, according to the NYT.

In her statement of resignation from Time’s Up, Kaplan wrote that “Unfortunately, recent events have made it clear that even our apparent allies in the fight to advance women can turn out to be abusers,” and that “we have felt the raw, personal and profound pain of that betrayal.”

Before Kaplan submitted her resignation, the NYT noted that “a group of survivors of sexual harassment and assault posted an open letter to board of Time’s Up” which called out Kaplan’s hypocrisy in her aiding Cuomo. “Time’s Up has abandoned the very people it was supposed to champion,” the Medium post read, in part. “Time’s Up is failing all survivors.”