One of British television’s great character actors is gone as the world mourns the death of Una Stubbs. After a 50-plus-year career in British television, Stubbs achieved a new kind of cult status in the United States when she starred as the landlady Mrs. Hudson in the BBC-Masterpiece Theatre modernization of “Sherlock,” starring Benedict Cumberbatch and Martin Freeman. On August 12, Stubbs’ children and agent Rebecca Blond confirmed her death, telling BBC that the actor “had been ill for a few months.” She was 84 years old.

Born in 1937 and raised in Leicestershire, England, Stubbs began her career as a dancer, appearing at the London Palladium as a chorus girl and doing commercials for a candy company called Rowntree, according to the New York Times. When she auditioned for the film musical “Summer Holiday” starring Cliff Richard, she was given the lead role of Sandy, despite her lack of acting training. “I’ve been to the school of observation,” she said, per BBC. “I learned everything there.”

That breakout performance led to other screen and stage roles, including as daughter Rita in “Till Death Us Do Part,” the British series that became “All in the Family.” She reprised the role in the follow-up, “In Sickness and In Health,” and starred as Aunt Sally in “Worzel Gummidge,” and as Caroline Bishop in the popular soap “EastEnders.” Appearances in popular shows “Keeping Up Appearances,” “Fawlty Towers,” “Doctor Who,” “The Durrells,” and “Call the Midwife” followed. Keep reading for reactions to this favorite actor’s death. 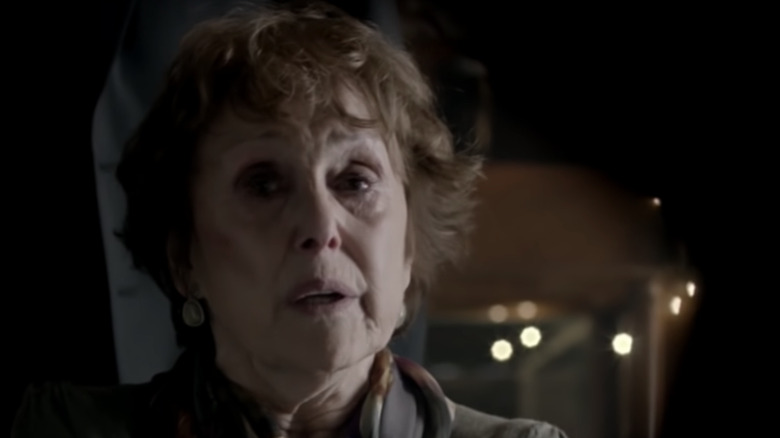 When Una Stubbs’ sons, Joe Henson, Christian Henson, and Jason Gilmore announced, “Mum passed away quietly today with her family around her, in Edinburgh” (per BBC), the internet erupted with condolences and positive messages. Her agent, Rebecca Blond, called Stubbs “a wickedly funny, elegant, stylish, graceful, gracious and kind and constant friend.”

Stubbs’ “EastEnders” co-star Bonnie Langford tweeted, “Such a loss. She made everything look so effortless.” Actor Floella Benjamin tweeted a memory of Stubbs’ appearance on the game show “Give Us a Clue,” saying Stubbs “was not only a great actress but a delightful person too.” Jessica Fox, her co-star in “The Worst Witch,” tweeted, “I always remember Una as being so kind and caring of the younger cast. She was very quick, funny, and incredibly professional.”

As landlady Mrs. Hudson, “Sherlock” creators Mark Gatiss and Steven Moffat expanded the role into a parental comedic foil. Despite Stubbs telling The Guardian that the character spent her life “doing two jobs, motherhood and acting, and only being so-so at both of them,” her character, the motherly Mrs. Hudson, quickly became a fan favorite. Gatiss tweeted, “It was one of the great joys of my life to work so closely with and to adore Una Stubbs. She was a wonderful, wonderful woman and a great and serenely graceful actor. Mischief was in her blood. We were so blessed that she became our imperishable Mrs. Hudson.”