Back in 1999, long before social media was a behemoth and smartphones were everywhere, comedian Rosie O’Donnell had an eponymous talk show where she would frequently host celebrity guests. One such guest was Tom Selleck, who was still trying to shake off the heartthrob status that he earned from his starring role as Thomas Magnum in the original “Magnum P.I.” from 1980 until 1988. Unfortunately, the appearance didn’t go as well as either one of them planned.

At the time, Selleck was promoting his starring role in the film “The Love Letter” while also appearing as a model for an ad by the National Rifle Association (NRA). According to Heavy, the ad “featured a picture of him with a rifle slung across his shoulder. The writing underneath said, ‘shooting teaches young people good things.'” Unfortunately, and distastefully, the ad ran one month after the Columbine massacre in Colorado claimed the lives of 15 people, which made Selleck’s appearance even more of a sore spot for some people — including O’Donnell.

So how did it all play out on television? Read on to find out more information about O’Donnell and Selleck’s feud. 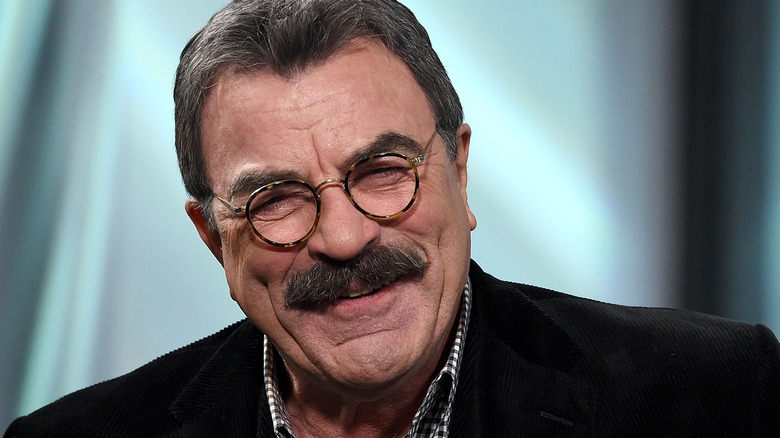 With such a somber environment, it’s no wonder that Rosie O’Donnell took Selleck to task in 1999 on her show. Almost immediately, she brought up the Columbine massacre, which was still fresh on everyone’s minds. “Why wouldn’t the NRA be against assault rifles? This is a gun that can shoot five bullets in a second. This is the gun that those boys brought into the school. Why the NRA wouldn’t say as a matter of compromise, “we agree, assault weapons are not good”?” she asked Selleck (via MSNBC). O’Donnell also took Selleck to task for allegedly “remaining silent” in the wake of the massacre. “I’m not…I can’t speak for the NRA. … I’m not a spokesperson. Don’t put words in my mouth,” he responded during the tense chat.

As Los Angeles Times wrote, “so rarely does an unscripted disagreement of any kind occur on these talk shows …That’s why O’Donnell and Selleck were all over the celebrity news magazines … as well as being a hot topic on talk radio.”

In 2007, Selleck reflected that he didn’t have any hard feelings (he also quit the NRA in 2018). “It’s hard to pick a horse in that particular fight — not that I’m calling Donald [Trump] or Rosie the horse. I’m not starting anything,” he said to TODAY. “I still like Rosie. I think she needs to take a deep breath and stop thinking everybody who disagrees with her is evil.”