Shipping might be some teenagers’ favorite online pastime, but there are some A-listers who would rather not be a part of fans’ one true pairing (OTP). The celebrities who shut down shipper theories shut them down hard, leaving little to fans’ imaginations. Fan fiction is still, unfortunately for some, just fiction.

While shipping is a mostly-harmless common practice among fans of fictional TV shows, movies, and books, when it comes to IRL shipping, things get a little more complicated. Stans take body language, visual cues, and more into account when they ship real-life celebs. Some just make edits or GIFs to acknowledge their favorite actors’ chemistry, but others go as far as writing stories and erotica about them. But when some shippers’ fantasies begin turning into conspiracies that other fans believe and spread, they can negatively affect the celebs’ mental health and real-life relationships, ruining the fun for everyone.

Shipping has become an undeniably large part of fan culture, and it’s led some celebs to address their shippers directly. Unfortunately for the most dedicated shippers, celebs are usually denying their relationship rumors rather than confirming them. The revelation that one’s ship might not ever come true is a sobering one, but sometimes a flat-out denial isn’t enough to stop some fans from pursuing evidence they were right all along. Scroll through some of the most controversial ships below, and read why the celebs at the center of the fantasies shut down their fans’ wildest dreams. 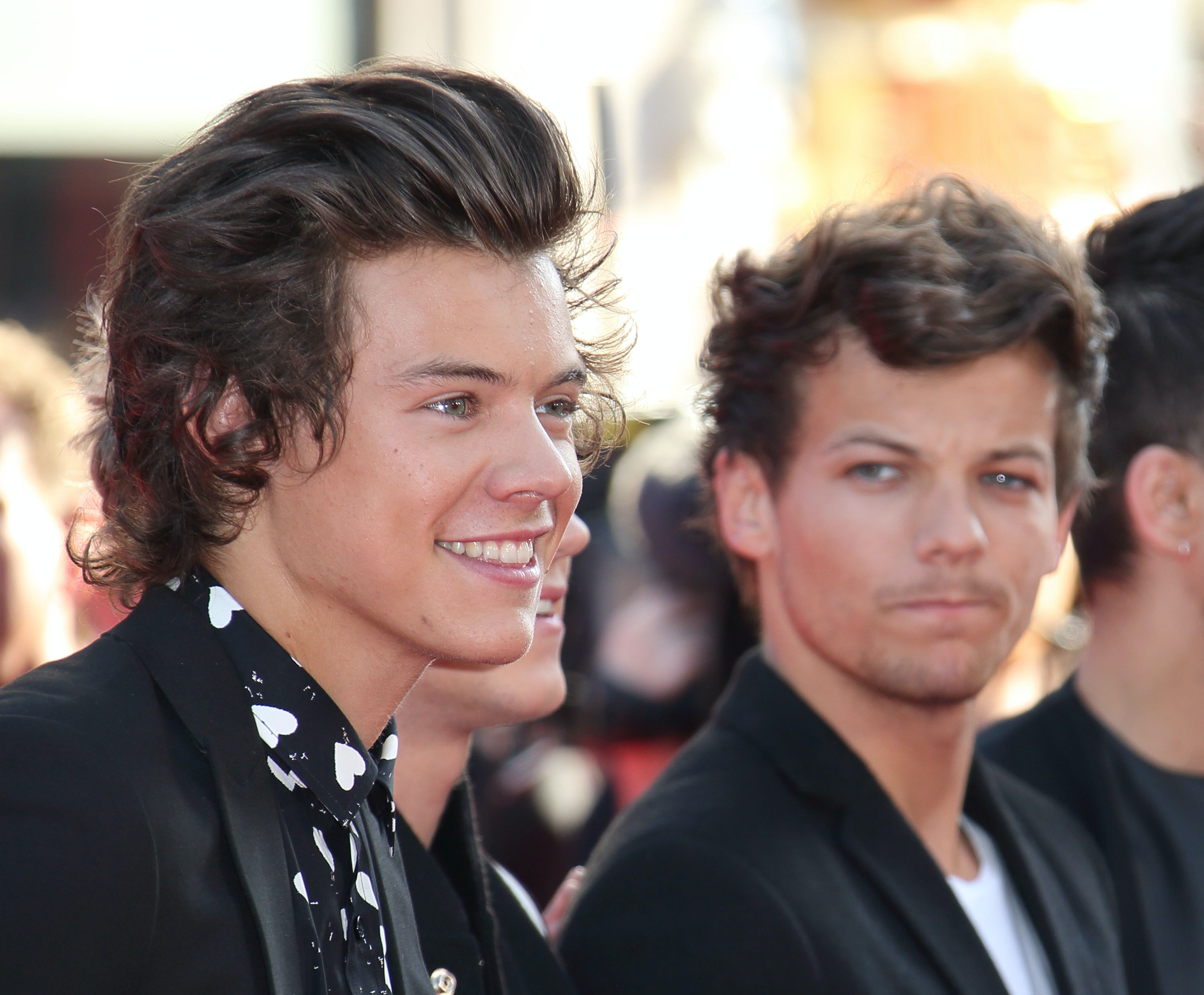 Shippers of Louis Tomlinson and Harry Styles, or Larry shippers, are perhaps the most prominent shippers in 2021 despite the fact both stars have been in relationships with other people for most of their lives in the spotlight. One of the former One Direction bandmates shut down the shipper theories about them after the group’s split in a pretty straightforward way.

In 2017, Tomlinson said he found the fantasies "disrespectful" to his girlfriend, Eleanor Calder, who he had gotten back with after dating originally from 2011 to 2015. He also said the rumors and fear that their every interaction would be analyzed under a microscope ultimately hurt his friendship with Styles. "It took away the vibe you get off anyone. It made everything, I think on both fences, a little bit more unapproachable," Tomlinson told The Sun. 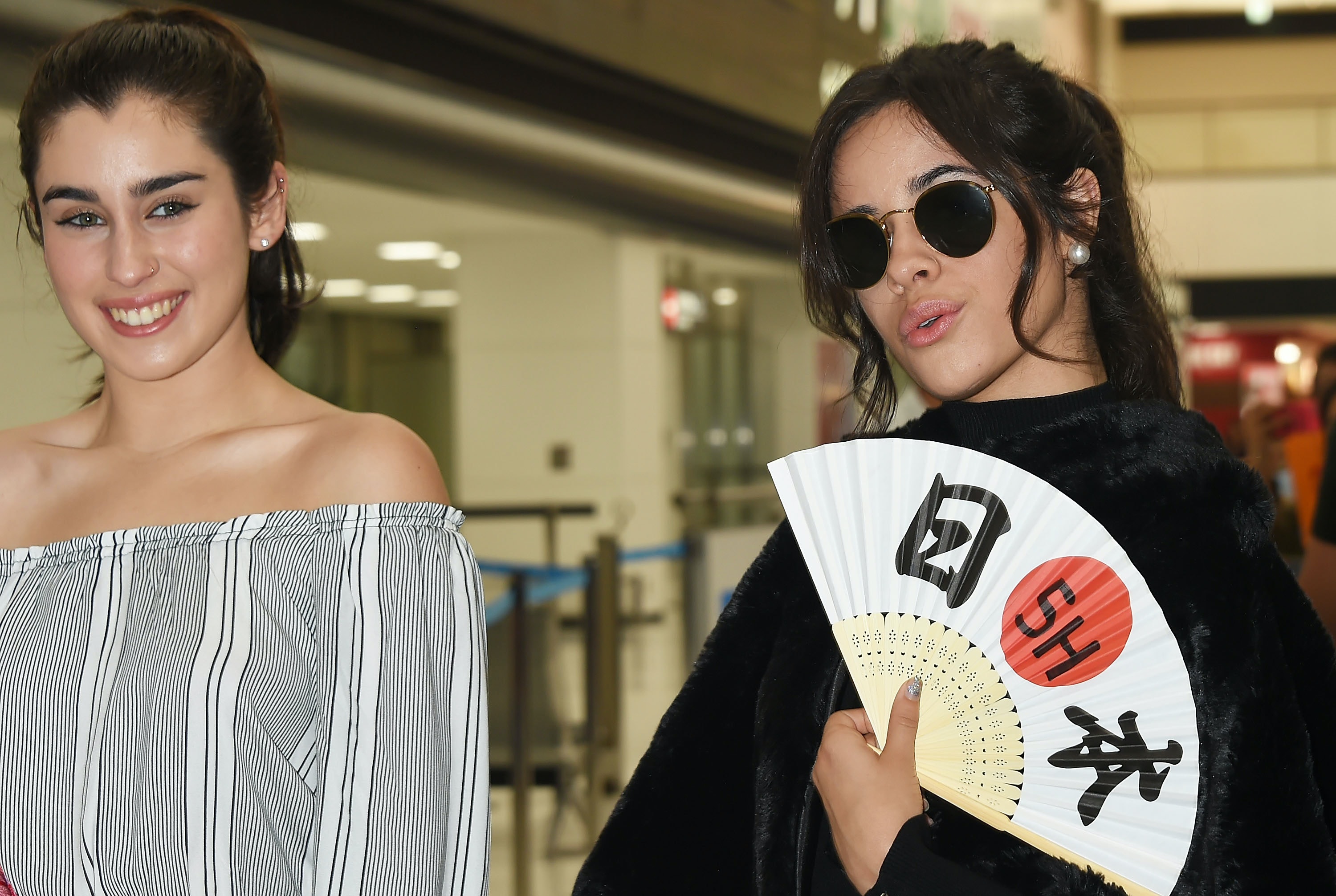 Before Camila Cabello left Fifth Harmony in 2016, a loyal group of Harmonizers shipped Cabello with fellow group member Lauren Jauregui. While the stars were clearly friendly on camera and in front of fans onstage, they were definitely not in a relationship.

Jauregui, who openly identifies as bisexual, went off on Twitter in 2017 at Camren shippers, calling the theory "invasive, scary, delusional, [and] disrespectful." She also informed her timeline that the theory was "never real," and sent a message to other shippers about the impact the rumors can have on any given celeb. "[Y]ou never quite become ok with people sexualizing you and your friendships for their sick pleasure," she said. 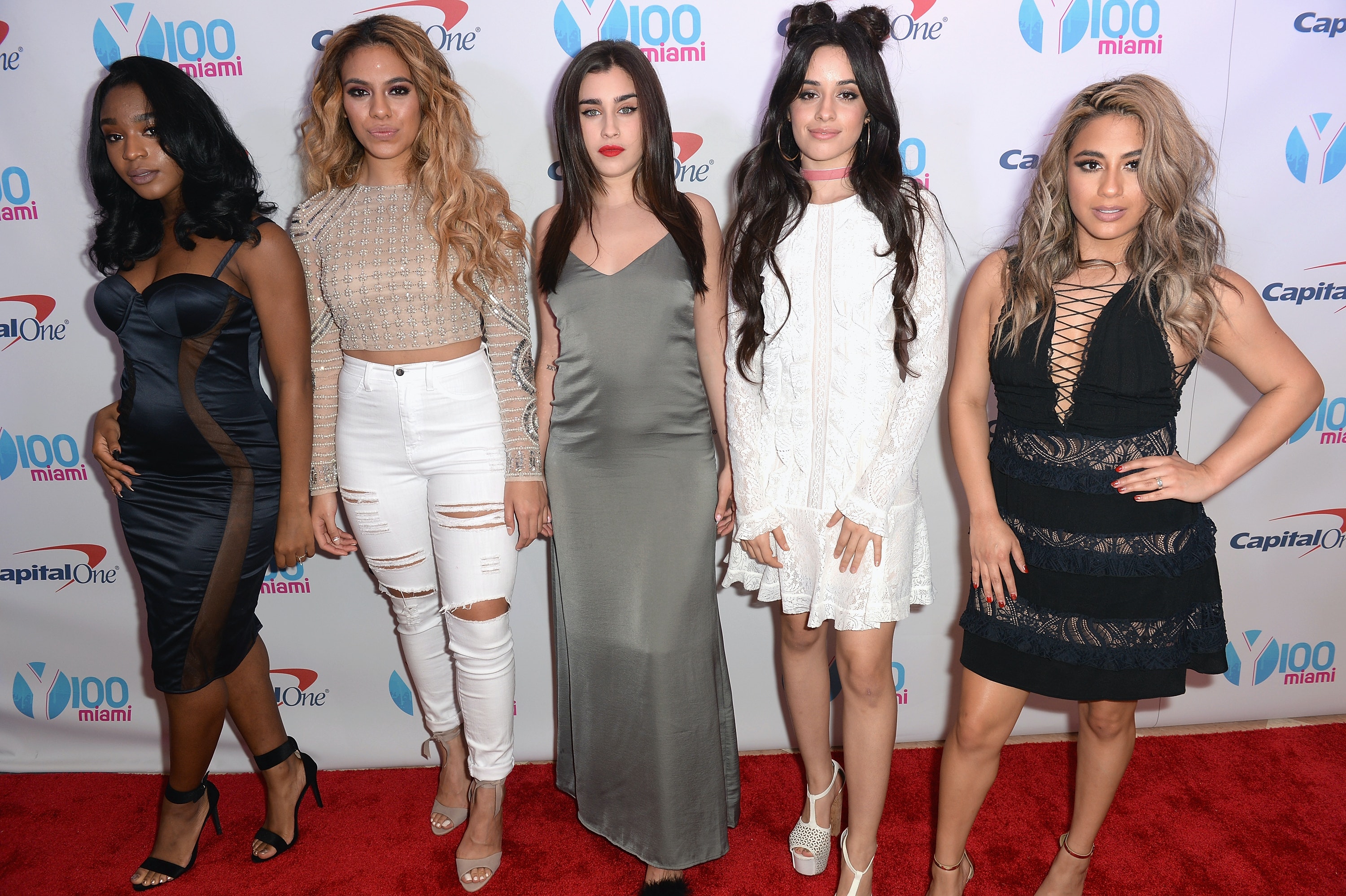 In October 2020, Jauregui added more context to her 2017 tweets in an interview on Becky G’s podcast En La Sala. "[The shipping] made me feel like a predator because the types of clips people would put together and the types of stories that people would write and the type of stuff, I was always the aggressor and I was always the one turning her," she said. "… To this day, [I] hyper-analyze every connection that I have with a girl because I don’t want to make them feel like I’m looking at them that way. To this day, [fans are] convinced that this was real… And I can’t do anything to change it." After they read some fan-fiction for a YouTube video in 2015, the two ended up on a panel at Drag Con and had an unrelenting fan read them their own erotica written about the drag queens.

Mattel recounted the incident while talking about doing live panels in 2018, sharing, "I said, ‘No thank you!’ but she proceeded to read it anyway. We don’t have a whole lot of control!" Several fans also condemned the incident after it first happened in May 2017. 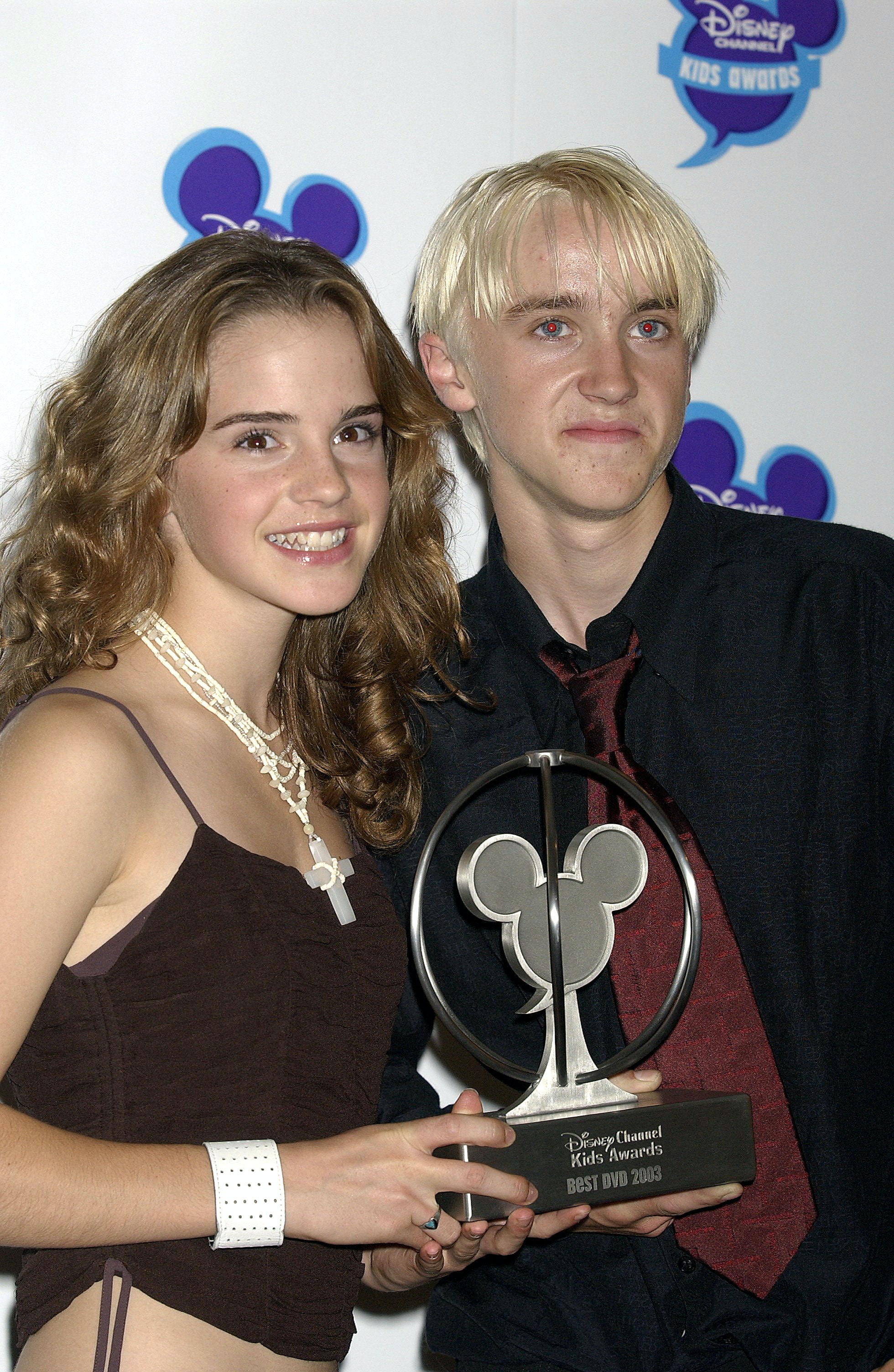 Harry Potter fans love to ship fictional characters, but there are a few IRL fantasy couples Potterheads wish would get together, too. Emma Watson and Tom Felton, who played Hermione Granger and Draco Malfoy respectively, have long faced rumors of their potential romance.

Watson actually gave some credibility to the rumors in 2012 when she said she used to have a crush on Felton. "He was so cool. He totally knew [I had a crush]," she said on The Jonathan Ross Show. "And the thing is, he’d turn and go, ‘Oh, I see her in a younger sisterly way.’ And it just broke my heart, still does."

Potterheads rejoice, though, because while the duo may not be a couple in 2021, they have confirmed they are still friends to this day. At least there was a spark! 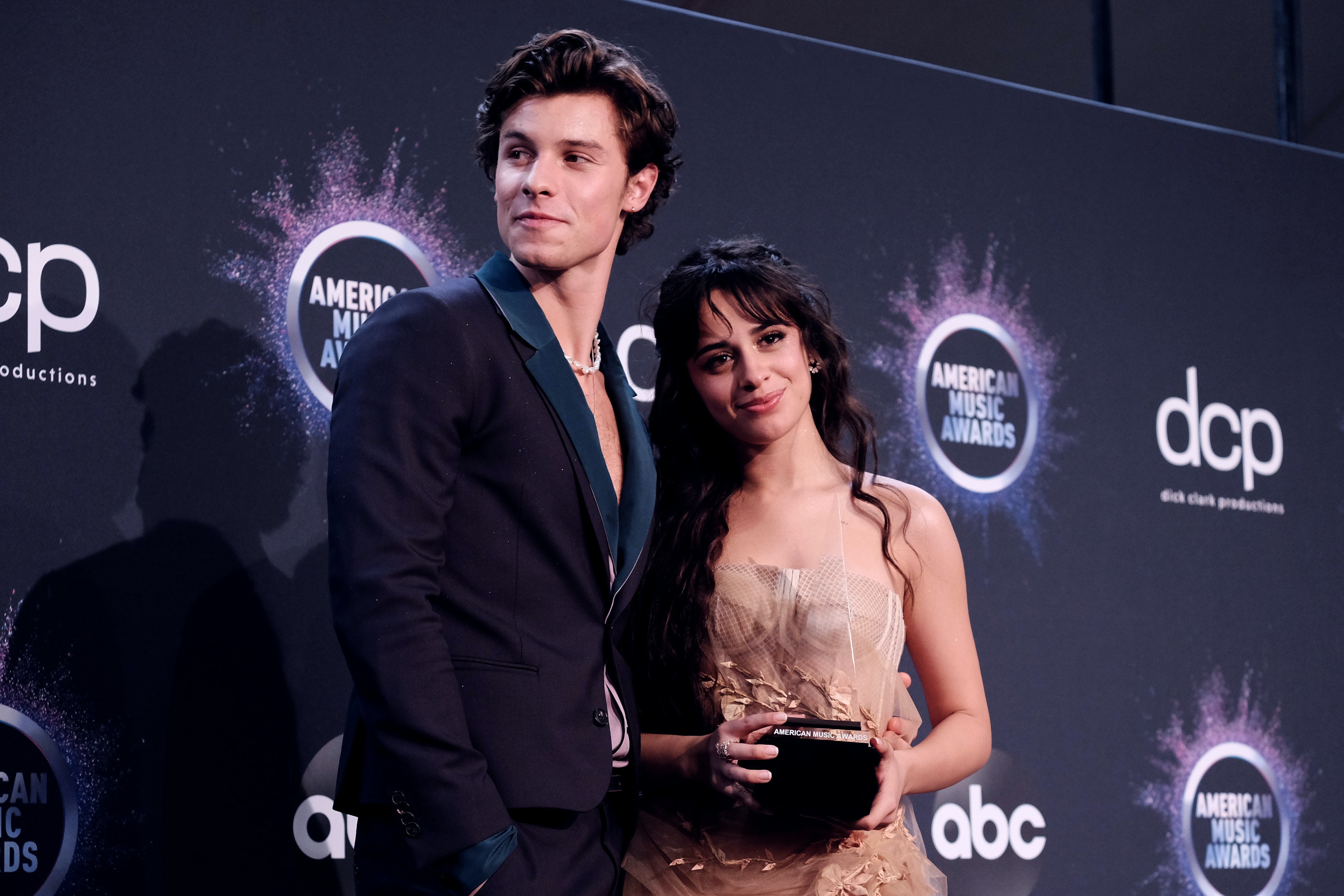 Some shipper theories really do come true! But, in the case of Shamila, not before the pop superstars came out the gate denying any and all romance rumors. Shamila shippers had their hopes and dreams shattered in October 2016 when Mendes told People he was only friends with his "I Know What You Did Last Summer" duet partner.

"We’re just really close friends," Mendes said. "She is one of those people who is just very easy to connect with and still, to this day, is one of my greatest friends." At the time, they were seemingly telling the truth since Cabello went on to date Matthew Hussey in 2019 and Mendes went on at least one date with Hailey Baldwin in 2018.

In June 2019, however, Shamila entered the mainstream with their second duet, "Señorita." From then on, it was pretty clear the two were about to become an item. The pair confirmed they were dating in summer 2019, and Mendes even admitted he liked Cabello the whole time on The Late, Late Show with James Corden in 2020, just like fans suspected. Cue the PDA and Instagram makeout sessions.