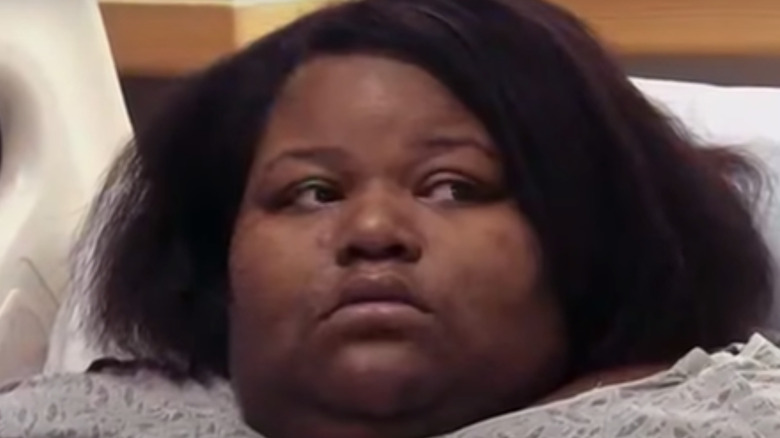 TLC’s “My 600-Lb Life” follows the incredible weight-loss journeys of morbidly obese people who hope to turn their lives around with the assistance of the show’s resident surgeon Dr Now. One memorable story to be featured on the reality series is that of Schenee Murry, who appeared on the show’s sixth season.

According to The Cinemaholic, Murry weighed around 712 pounds when she first appeared on the show, making her one of the heaviest “My 600-Lb Life” participants of all time. Following routine health checks, it was also revealed her BMI was five times the average healthy BMI range. After failing to meet her initial weight-loss targets set by Dr. Now, she was later hospitalized and managed to drop around 91 pounds.

Per TV Showcase, Schenee had struggled with her weight from an early age, and her traumatic past meant she found it difficult to properly commit to Dr. Now’s plan. During Schenee’s final weigh-in on the show, it was revealed she had actually gained 43 pounds and ended up avoiding all contact with Dr. Now soon after.

Schenee has shared updates of her weight-loss journey online 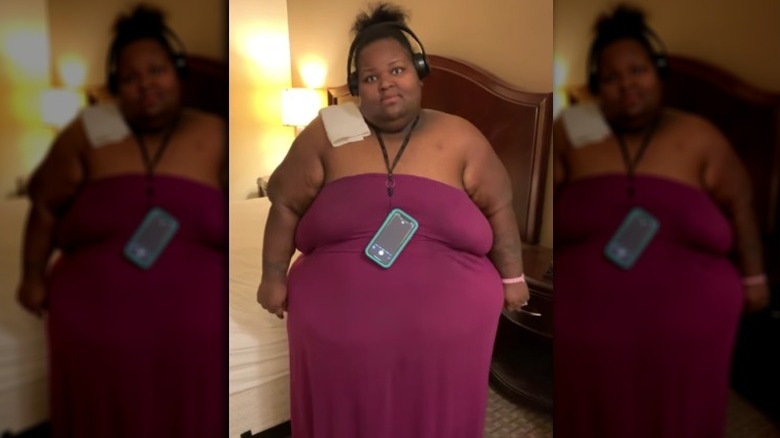 Following her appearance on the reality hit, Schenee started a GoFundMe page that aimed to raise funds for any future weight-loss surgeries. According to The Cinemaholic, the former “My 600-Lb Life” contestant also spent the best part of 2019 in and out of hospital after suffering from various health issues. In January 2019, an update on Murry’s weight arrived in a YouTube video, during which she claimed she had managed to lose almost 250 pounds.

In another YouTube video uploaded in October 2019, Schenee also claimed she had lost almost 300 pounds and twerked in the clip to celebrate. However, many cast doubt over her weight-loss claims.

Per Starcasm, Schenee has so far decided against appearing in the TLC “My 600-Lb Life” spin-off “Where Are They Now?,” during which former contestants give fans of the show an update on their weight-loss journeys.