Tom Brady‘s football career could be just days away from ending … so says his ex-teammate Rob Ninkovich, who said this week he wouldn’t be surprised if the QB retired after this season.

Ninkovich, who played eight years with Brady in New England, made the stunning claim on ESPN’s “Get Up” … saying if the Buccaneers lose this weekend, it could very well be the last game of Tom’s historic career.

“It wouldn’t surprise me if Tom just kind of walked away and do whatever he wants to do,” the former Patriots linebacker said.

Of course, it would certainly shock the majority of NFL fans … considering just how good Brady’s been in Tampa.

In his two seasons in Florida, the 44-year-old has amassed 83 passing TDs and nearly 10,000 passing yards. He’s also just three wins away from his EIGHTH Super Bowl ring.

Brady has also said repeatedly he can play until he’s 50 years old — which would be another six or seven seasons. 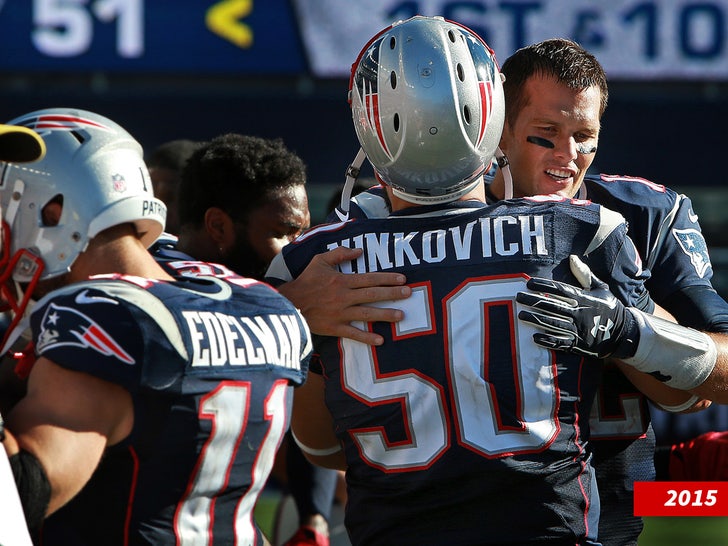 But, Ninkovich, who won two Super Bowls with Tom as a Patriot, said Brady’s done everything he’s needed to do on the field, and could call it a career after Sunday.

Rams and Bucs kick off at noon PT … guess it’s time to get ready for the possibility that it could be Brady’s last ride.